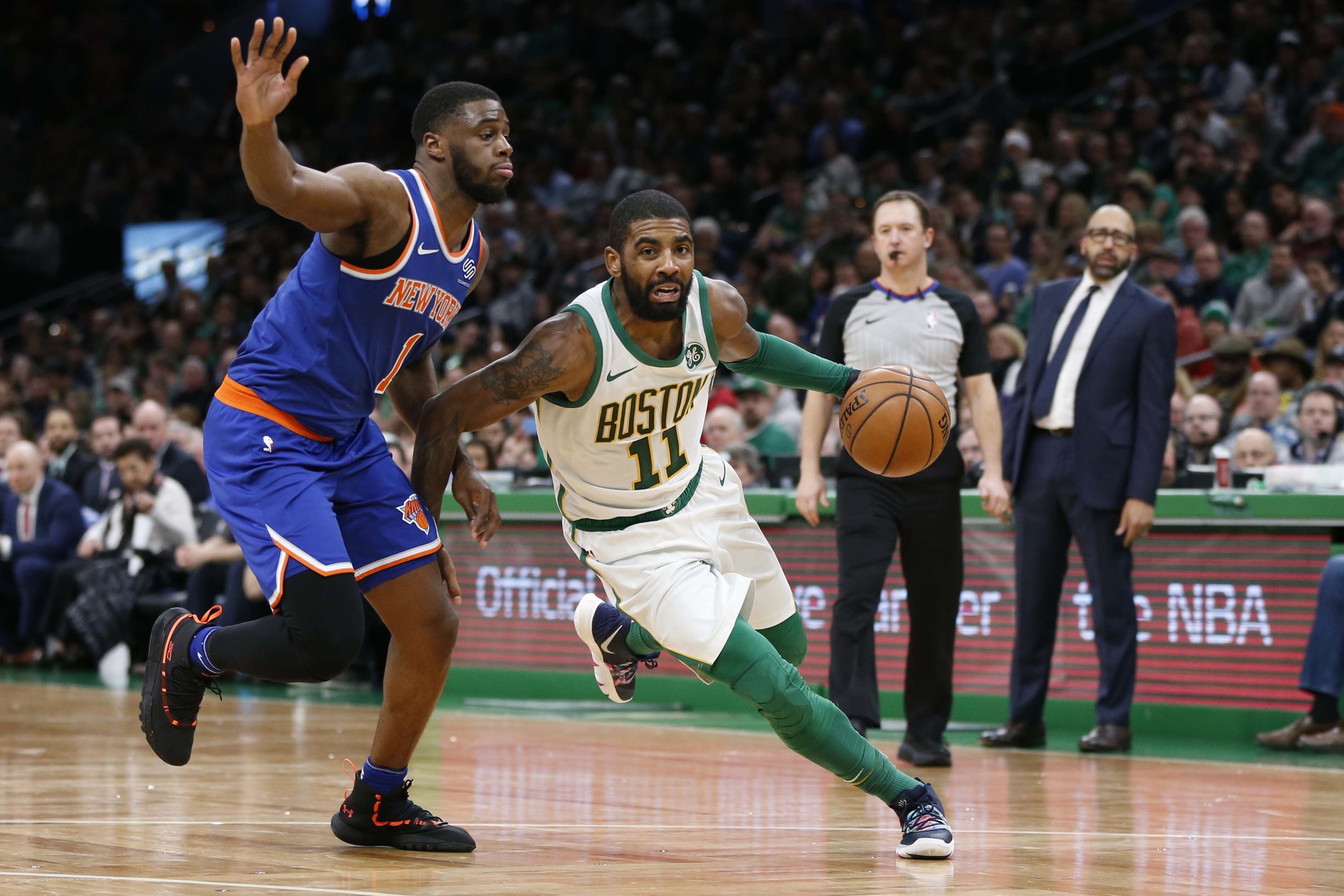 Thursday’s 128-100 win seemed to be a natural benchmark of Boston’s recent improvement. Just 15 days ago, the Celtics looked awful in almost every way imaginable. They couldn’t shoot, didn’t defend and lost ugly, 117-109, to a bad Knicks team at home.

The close proximity of that game and this one coupled with Boston’s improvement since, made Thursday a opportunity to measure progress and there was plenty of it.

The Celtics looked much more cohesive and engaged Thursday. They came out strong in the first quarter, setting an opposite tone from last time. Boston led throughout and was never really threatened. Each time the Knicks made it close, the Celtics stepped on the gas to increase their advantage before cruising in the fourth quarter.

They looked like a weight is off their shoulders. Whatever mental stress and pressure was created by their early-season woes seems have dissipated considerably.

Yep. This is the team we all thought we were going to get right out of the gate.

The Celtics, since that terrible awful no good very bad performance against the Knicks, are +96 across six games. Yeah, that includes a loss to the Mavericks, but it also includes victories of 28, 33, 17 and 18 points.

Once this team figured things out, this was going to happen, it was only a matter of time.

I for one, am going to sit back and enjoy the ride. This is a team that’s due for a long stretch of eye poppingly good performances, and I’m going to enjoy every single one of them. I don’t know when or if Brown and Hayward are going to end up back in the starting lineup during this streak, and frankly, I don’t think it matters much. The team’s clicking now, and with this collection of rotation players, I’d put any five of them up against just about every other starting five in the NBA.

“I think coming off the bench, I think people make it a bigger deal than what it really is,” Brown said. “At the end of the day, it’s basketball. Hayward came off the bench the other day and had 30 points. That’s a mindset. That’s a choice. Coming out and having the right mindset and coming out and playing basketball, letting it take care of itself.”

By the final buzzer, Brown had amassed 21 points on 7-for-10 shooting while tallying seven free throws in nine trips to the line. In nearly every way (save one, which we will get to), Brown gave the Celtics what they wanted to see from him.

During this past run of crappy performances, I’ve seen Jaylen Brown called the next Jeff Green; more than a few fans have been eager to send him packing.

And, I have to say, his comments about winning five or six championships were ill-advised to an extreme degree. I don’t mean to keep harping on that particular bit of hubris, but it was absolutely symptomatic of the Celtics’ early season malaise–it combined a sense of entitlement with a truly remarkable degree of ignorance about just how hard it is to win a championship in the NBA.

However, I’m still on the Jaylen Brown bandwagon. The difference between him and Jeff Green is all upstairs. Jeff Green was, way back when the Celtics picked him for Seattle, back when there was a Seattle and so forth, a pretty even comp for Jaylen Brown–they were both lithe athletic small forwards that had a knack for impressive dunks.

Time, though, has shown a pretty steep difference in mental makeup between the two guys. Jeff Green is, by all accounts, as generous and affable a soul as one could find on the basketball court, but absolutely lacking in killer instinct. Jaylen Brown is different. This is a guy who likes to be challenged, who relished the chance to defend LeBron James as a rookie.

Given time, he’s going to thrive in whatever role fits the team best.

Boston Herald: Celtics make statement with win over Knicks  | Knicks coach had a bad feeling about this one; Celtics proved him right  | Celtics notebook: Jaylen Brown returns in a reserve role