Could Yasiel Puig Be A Fit For New York Mets' Outfield? 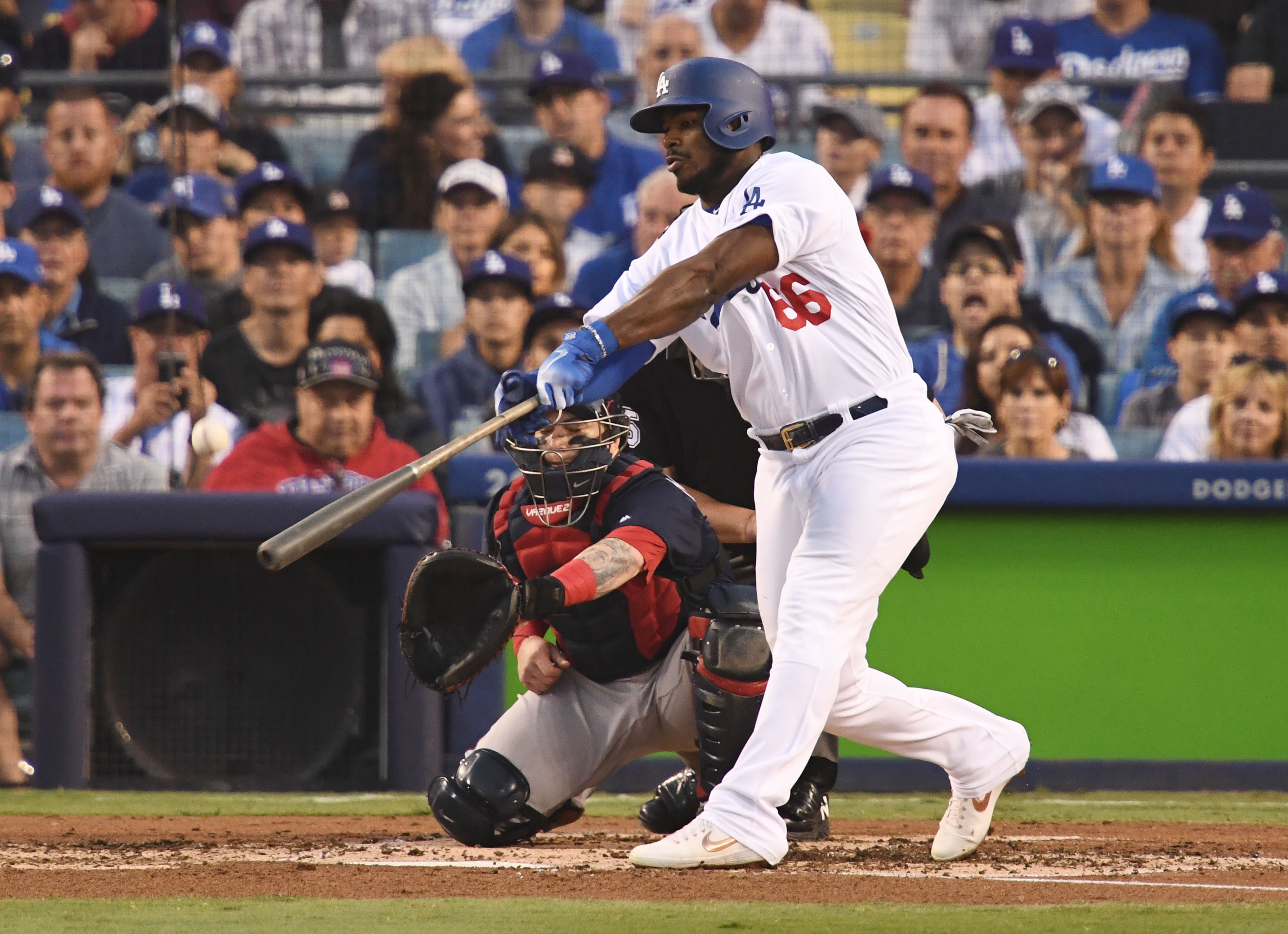 Could Yasiel Puig Be A Fit For New York Mets' Outfield?

The New York Mets have made it clear that they are looking for another right handed hitter to balance their lineup. While they have already been linked to A.J. Pollock in free agency and J.T. Realmuto via trade, the cost to land either could get expensive. It makes sense to consider a wide range of options to improve the roster, and another interesting scenario popped up recently as Dylan Hernandez of the Los Angeles Times is reporting that the Dodgers may shop disgruntled outfielder Yasiel Puig. Puig, who hit .267 with 23 home runs and 63 RBI’s for Los Angeles in 2018, is reportedly unhappy with his playing time after the Dodgers limited his at bats against lefties this season. The splits dictated that this was a wise decision as Puig was notably less effective against lefties (.209/4/15/.628 OPS in 139 at bats) than righties (.297/19/48/.921 OPS in 266 at bats).

Puig, 28, is eligible for salary arbitration this season before becoming a free agent at the end of the 2019 campaign. This could be a nice solution for the Mets, who are hoping to have Yoenis Cespedes back at mid-season, which could create an awkward dynamic if the Mets add a free agent like Pollock on a four year deal. Puig should earn about $11 million this season and is a free agent after 2019, and despite his platoon splits he still has tremendous value as a power bat with the ability to play strong defense in right field. The Dodgers also saw Puig become a tremendous contributor to their World Series run as he batted .300 with two homers and eight RBI’s in 50 playoff at bats.

This move isn’t without risk, however, as Puig can be a handful in the clubhouse if he is unhappy. The Mets would have to be sure that they have the right type of veteran leaders in the clubhouse, like Robinson Cano and Todd Frazier, to help manage any issues Puig could create. There is also a matter of what the Dodgers would want in return for Puig, but it shouldn’t cost nearly as much as a trade for Realmuto would. Having Puig around for only one year also makes sense since the Mets can easily move on from him if the fit doesn’t work, which wouldn’t be the case with a guy like Pollock. Mets’ GM Brodie Van Wagenen, who has made it clear he wants to be aggressive this winter, is likely weighing whether a deal for Puig makes sense right now. Under the right circumstances, it absolutely does.