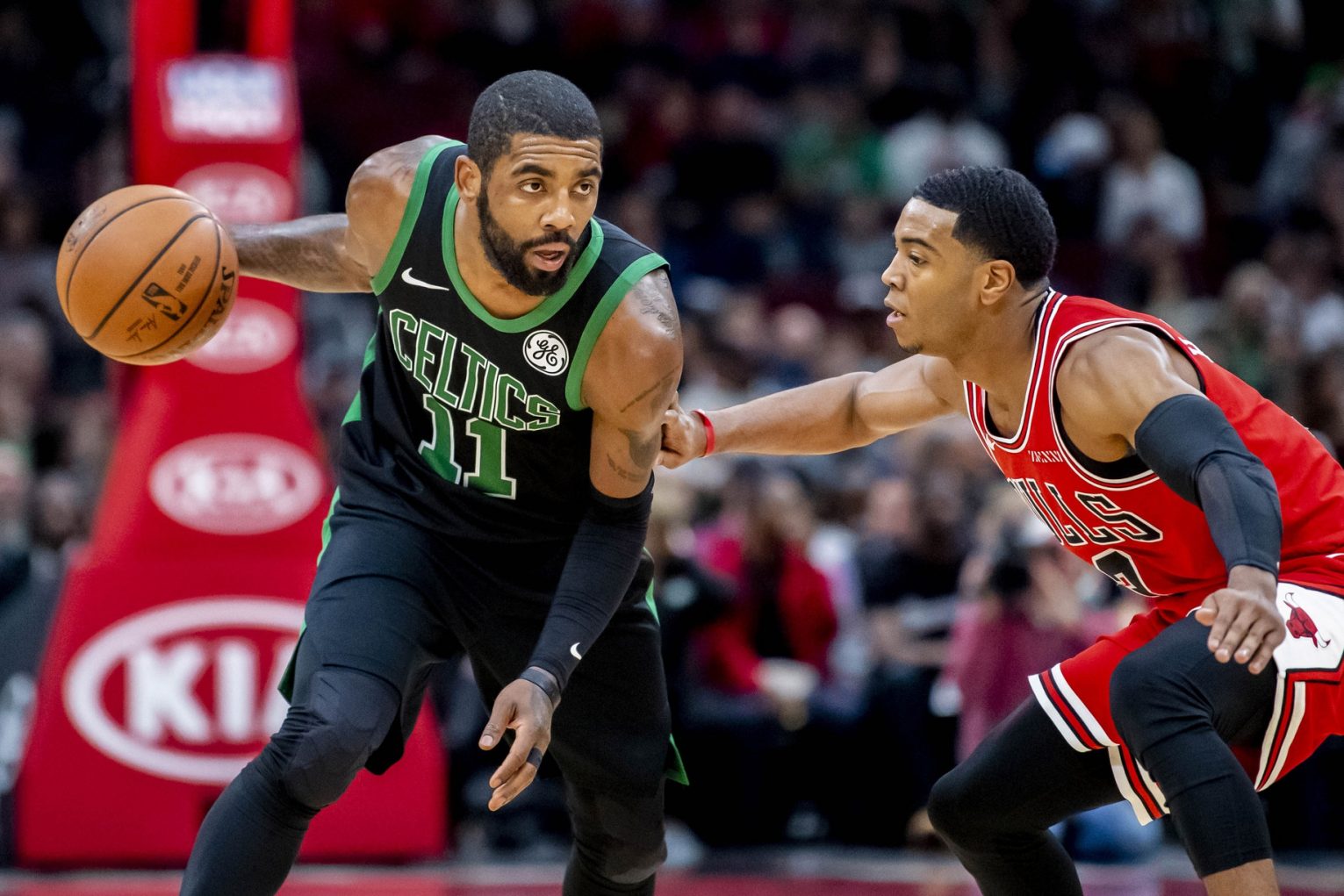 IN A NUTSHELL
I feel some sympathy for Chicago Bulls fans because of the Gar Forman/John Paxson front office’s belligerent incompetence and the defiant cronyism of Jerry Reinsdorf that keeps those idiots employed. This in no way means I’m above rejoicing at tonight’s win over the currently moribund Chicago club by the Boston Celtics, but this one was absolutely vicious from start to finish.

Thanks to an early attack by the starters (including Daniel Theis as an outstanding understudy for a resting Al Horford), the Cs got ahead by 20 in the game’s first six minutes and never looked back. The final score of 133-77 is basically victory-as-torture-porn, a margin never before reached in Celtics history.

WHAT WENT RIGHT
The Bulls didn’t score until 5:42 of the first quarter, at the free-throw line, making their first field goal about 30 seconds after that. During the same span of time—from opening tip to Chicago’s first FG on a Robin Lopez hook shot—the Celtics scored 20 points, none of them at the charity stripe.

That first-quarter beatdown was, effectively, indicative of everything that followed, and seems to be an accurate portrayal of Boston’s current offensive potency. Since the nadir in Dallas about two weeks ago broke them out of a coma-funk and Brad Stevens switched Marcus Smart and Marcus Morris into the starting lineup, they’ve won five straight with an approximate average of 125 points per game. While three of those five were against bad teams, the two good teams (the Timberwolves and Pelicans) fared about as well as the lottery-bound squads.

WHAT WENT WRONG
Chicago did their best to punch back in the waning minutes of the second quarter, getting stops and whittling Boston’s lead to 13. One can argue that the Celtics allowed this to happen by slacking off with a big lead. But that’s honestly a reach. Unlike the Knicks game that didn’t become a blowout until Q4, this contest was wall-to-wall domination.

On a more serious note, Guerschon Yabusele suffered a nasty-looking leg injury (apparently a bad sprain) and had to be helped off the court by Morris and Smart. The Celtics’ depth makes this a minor tragedy in the long run, but it’s no less awful to see.

WHAT THE HELL:
Let’s take a look at how the Bulls experience is treating veteran assistant coach Jim Boylen, now in the top job:

Even more so, look at Robin Lopez. He’s always been what Locked on Celtics co-host Sam Packard refers to as “a Sideshow-Bob-looking motherfucker,” but lately…damn. Talk about some abyss-also-gazes stuff:

GOOD LORD. That man has seen things. He’s killed people. Without the No. 1 pick in the 2019 draft, things only get worse for Chicago.

(I know I should’ve done one of those continuing-zoom, four-panel Twitter jokes, but our gracious image provider didn’t have any close-ups of RoLo tonight; I had to make do with a major crop-job. Also, I’m irrepressibly lazy when it comes to that stuff.)

Tonight’s @JetBlue Play of the Game honors go to @dtheis10 who throws down the hammer off the dish from Kyrie and racks up a career-high 22pts! pic.twitter.com/7MYGnYHbVs

Chicago had no answer for Jayson Tatum:

JT drains the step-back trey to make it 9-0! pic.twitter.com/tY9gd8CKb3

Kyrie’s play tonight wasn’t high-scoring attack stuff, but he knew exactly when to deploy it at full force, as seen below in Q3’s early minutes. It’s indicative of how hard Boston played even when they knew victory was certain, because they’ll have to play that hard against the good teams: