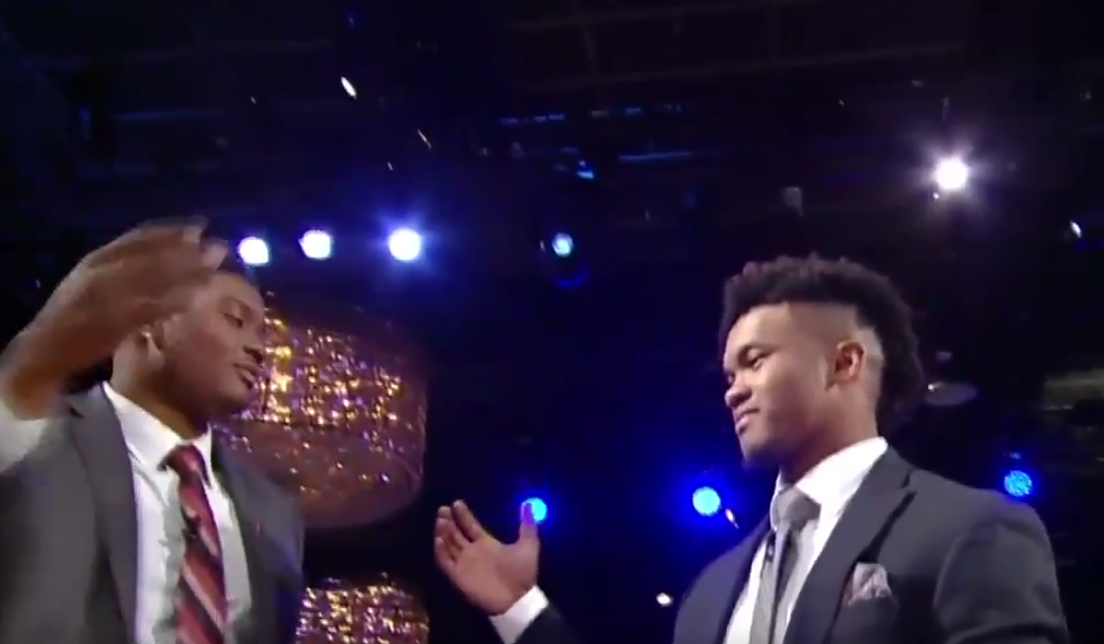 Oklahoma quarterback Kyler Murray won the Heisman Trophy on Saturday night, with his school being the first since Army did in 1945 to have back-to-back winners (Doc Blanchard, Glenn Davis).

Murray was listed as a 16-to-10 favorite as far as the odds were concerned, with Alabama’s Tua Tagovailoa at 10-to-15. Both dual-threat quarterbacks have had stellar seasons, but only one could come out on top, and Murray did exactly that.

Check out his reaction to winning during the ceremony on Saturday night.

Murray’s stats really were off the chart this season — especially his passer rating, which was the highest for any Heisman winner in history.

Kyler Murray has my #Heisman vote, and here's why:

Props to Murray on the big win.