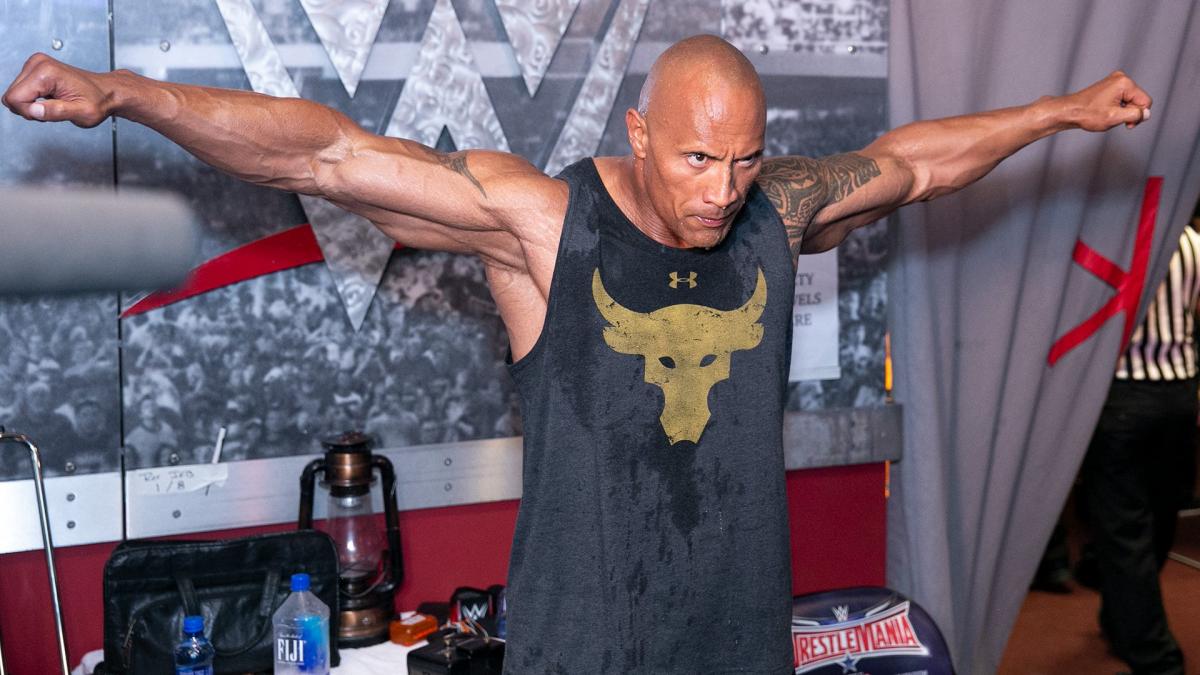 When it comes to The Rock there is no doubt that the WWE Universe will tune in should he make a return to WWE TV. Since he return to the company in 2011, The Rock has lent his hand to a few WWE storylines involving those such as John Cena and Triple H.

Saturday morning, WrestleVotes posted a tweet that gave fans an insight to what WWE had in mind for The Great One at WrestleMania 35.

While there have been whispers about a possible bout with Roman Reigns, the tweet points out to be the original plan for the main event at MetLife Stadium courtesy of a Royal Rumble win for The Rock.

Rumble tidbit: Plan at one point was for The Rock to win the Royal Rumble & face Roman Reigns at Mania. That’s obviously not happening. Can Rock still win it & face Lesnar? I guess. Depends what kind of agreement Rock and WWE have. Once plans changed, Rock may have reconsidered.

However, that bout will certainly have to wait considering Reigns’ current battle with Leukemia. WrestleVotes also noted that the Rock may have reconsidered the idea with the change of plans.

If he has reconsidered, there has also been talks of The Rock going to battle with the Beast Incarnate Brock Lesnar. That could certainly happen should The Rock and WWE make an agreement. Many fans would love to see that rematch, which took place at SummerSlam 2002 years prior.

WWE is no stranger to taking their part time talent and run endless promotion en route the road to WrestleMania. Two of WWE’s biggest stars is reason enough to attempt to sell out WrestleMania 35. It also creates a win-win situation for WWE considering both The Rock and Lesnar’s outside commitments with movies and UFC, respectively.

If the plans with Lesnar go through, The Rock will be one of the few Superstars who have two Royal Rumble wins under their belt. Furthermore, the Rock’s last Royal Rumble appearance was back in 2015 when Reigns won his first Rumble. The appearance became controversial, as many fans were starting to rebel against Reigns’ rise to the main event.