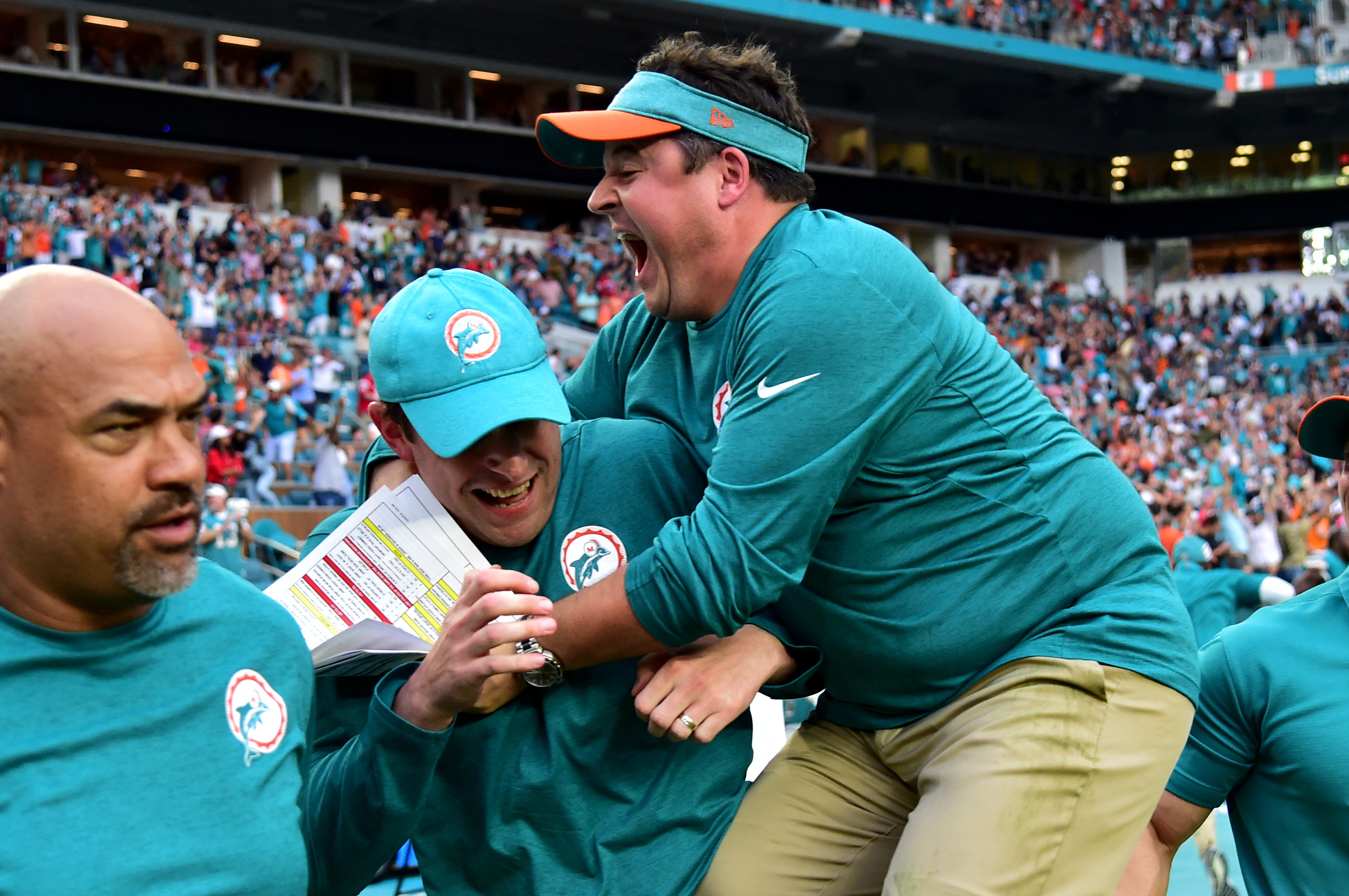 The Dolphins pulled off one of the most improbable and incredible plays in NFL history against the Patriots on Sunday, and it led to a thrilling 34-33 walkoff victory.

It appeared as if the game was over when Stephen Gostkowski drained a field goal to put his team up by six points with only 16 seconds remaining. He then kicked off, the Dolphins had one play to work with, and 69 yards to go.

The Dolphins were forced to try a play that involved a number of laterals, and somehow, it worked to perfection.

The ball was flipped to Kenyan Drake near the 50-yard line, and he showed just how elusive he is with the ball in his hands. He used a few cuts and changed direction multiple times before taking off down the sideline with the ball, Only Rob Gronkowski (!) — no, seriously — had a chance to knock Drake out of bounds, but he was far too slow for that task.

THE MIAMI MIRACLE (brought to you by Sun Life Stadium at the Corona Hard Rock Hotel) pic.twitter.com/YQCnlcbxPH(

The decision to play Gronk at free safety proved costly, as any other defensive back would’ve made that play. The Patriots may have cost themselves a potential first-round bye in the playoffs as a result.