Your Morning Dump... Where Terry Rozier wants you lil busters to shut up 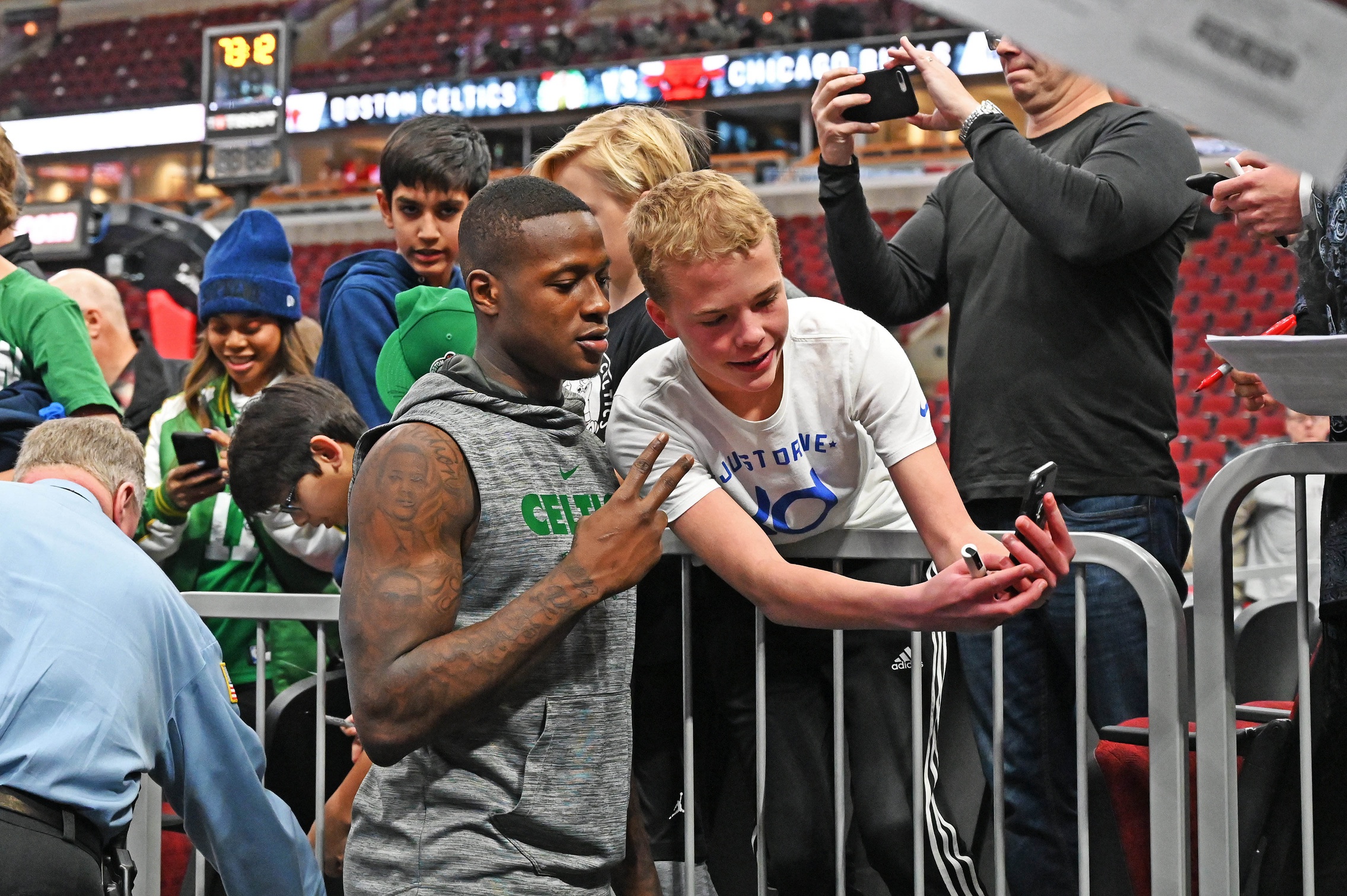 Your Morning Dump... Where Terry Rozier wants you lil busters to shut up

“We’ve won our last couple games so we want to keep it going,” Rozier said. “And everybody can shut up. Because everybody’s been very annoying when we’ve been losing. Very annoying.”

I spoke to Trevor Booker, who is trying to come back to the NBA after a foot injury, for the upcoming Monday edition of the Locked On Celtics podcast. In it you’ll hear him address some of the inner workings of a struggling locker room.

The most interesting thing he told me was that players will turn on the media first before they turn on each other. This was evident in last night’s comments from Rozier.

I get it from a player’s perspective. They came into this season with very high expectations but struggled. Internally, they had things they needed to figure out but they all showed up to practice, did what they thought was asked of them, and worked hard. In their minds, the struggles were a little confusing and frustrating, but they were working to figure out what was wrong. No one was intentionally playing poorly, it just wasn’t going well, and it was too early to think it wouldn’t change.

Fans, meanwhile, came to watch fireworks at the beginning of the season and barely saw sparklers and fire crackers. If you go to a restaurant and your order comes out wrong, your reaction isn’t to think “well, they’re working hard in the kitchen, they’ll probably get this dish right eventually.” The reaction is to demand why what you’re consuming isn’t what you expected.

As members of the media, we have to ask the questions. The proliferation of media outlets has turned regular season practice scrums into five-person-deep, multi-camera messes. The spotlight is brighter, the analysis is deeper, and the sheer number of people trying to discuss and explain what’s happening is growing bigger than ever.

It’s a bad combination for a team like Boston who came out the gate so poorly. Players probably feel attacked by the questions, especially players like Rozier who are trying to impress the league as impending free agents. Every single one of those guys wants to win every game and score 20 while doing so, so it’s not like they want to struggle.

At the same time, reality is what it is. When things aren’t going well, we’ll want to know why. It can be a long slog of a season and constant media bombardment can make it less enjoyable.

However, the flip side is also true, so players have to be aware that they can’t have it both ways. When things are going great, the media will want to know how and why that’s happening, and players will be very willing to smile for the cameras and give answers.

This is just how it is in professional sports. Sure, some media members have their favorites and personal vendettas but mostly, we’re just there to ask questions, figure out what’s happening, and get quotes for our stories. If bad things are happening, then the stories will feel negative. Today, websites are filled with happy pieces about a resurgent Celtics team.

I get Rozier’s frustration and wanting people to shut up. As a player, I’d probably want the same. I’d probably walk around the locker room wondering why the media wouldn’t just STFU and let us figure it out.

But this is our collective dance. As long as the Celtics play well, then things won’t get so frustrating for any of us.

Related links: MassLive: Boston Celtics’ Terry Rozier hopes winning will ‘shut up’ everybody who is ‘very annoying’ when Celtics lose

Page 2: Jaylen Brown is doing business his own way

“I’ll probably have a form of representation to not necessarily be my agent but maybe just negotiate my contract,” said Brown, who had a game-high 23 points in the Celtics’ 133-77 rout of the Chicago Bulls on Saturday night at United Center. “I’ve been thinking about that since last summer. Right now, it’s not the time [to select someone] but for sure I’ll definitely have somebody in mind or some people in mind for opening that process.”

[…] “I wouldn’t hire an agent because I think an agent is someone who does like everything,” he said. “I believe in specificity, specialization, so having somebody negotiate my contract but they wouldn’t do anything else in terms of the rest of my career. I’m figuring that stuff out, as of now.”

Globe: Why Jaylen Brown has no plans to hire an agent

Jaylen is a unique dude, and he can conduct his business however he wants. I can really appreciate a young guy trying to take a fresh look at how business is done and how he might do it differently.

As an old person myself, I’m afraid he’s going to miss out on some opportunities with this approach. Anyone who knows me knows I’m strongly pro-player and I want to make sure these young guys are getting all they deserve. They have precious little time in the NBA to earn a bulk of their lifetime wealth. I’d hate for any young star to miss out on an opportunity to make some money or get in on a good investment.

Jaylen is a business-minded guy. He’s already got his lineup of “Juice” products. I’m sure he’s got more that he wants to do. I’m not sure who or how many people Jaylen’s got working on what might be next.

This is where, I think, an agent comes in. Agents are plugged in, and they know where to find opportunities for players. They’re not just negotiating a contract, they’re helping handle business deals and finding endorsement opportunities.

Of course, the agents also take a cut of the cash, which is the tradeoff for them doing the work. It’s work the player doesn’t have to do.

The NBA is very demanding, but there’s also a fair amount of free time. If the Celtics practice at noon, a player can be at the facility for a couple of hours before and after. Even if they put in five or six hours at the gym, they’ve still got the rest of the afternoon and evening to do other things. Sometimes they have charity obligations, but often they just have time to relax and do other things.

Brown does a lot of other things, which is great. I’m curious to see how this all pans out and how he looks back at this time and his decisions.

Danny Ainge has a vicious response to Marcus Smart catching him on the Celtics list of made 3’s.

I’ll forever find it hilarious when Marcus Smart passes great shooters on the made 3’s list. Ainge could SHOOT. And Dana Barros was lethal from 3. Smart could pass both of them this season.

Ainge is also a fiery competitor. I’m sure he’ll spend today reminding Smart that it took him 1,178 attempts to get to 348 while it took Ainge 901. That’s what I’d be doing, anyway.

Side note: jokes aside, Smart can’t be traded until mid-January.

NBCS Boston: Here are the craziest stats from Celtics’ historic beatdown of Bulls  |  Daniel Theis delivers career performance in historic win for Celtics  |  Brad Stevens: Guerschon Yabusele (ankle) ‘probably out for a while’

MassLive: Boston Celtics’ Guerschon Yabusele sprains ankle, may be out for a while

Celtics.com: C’s 56-Point Win in Chi-Town was One for the History Books