Eagles at 6-7 say they will keep playing hard 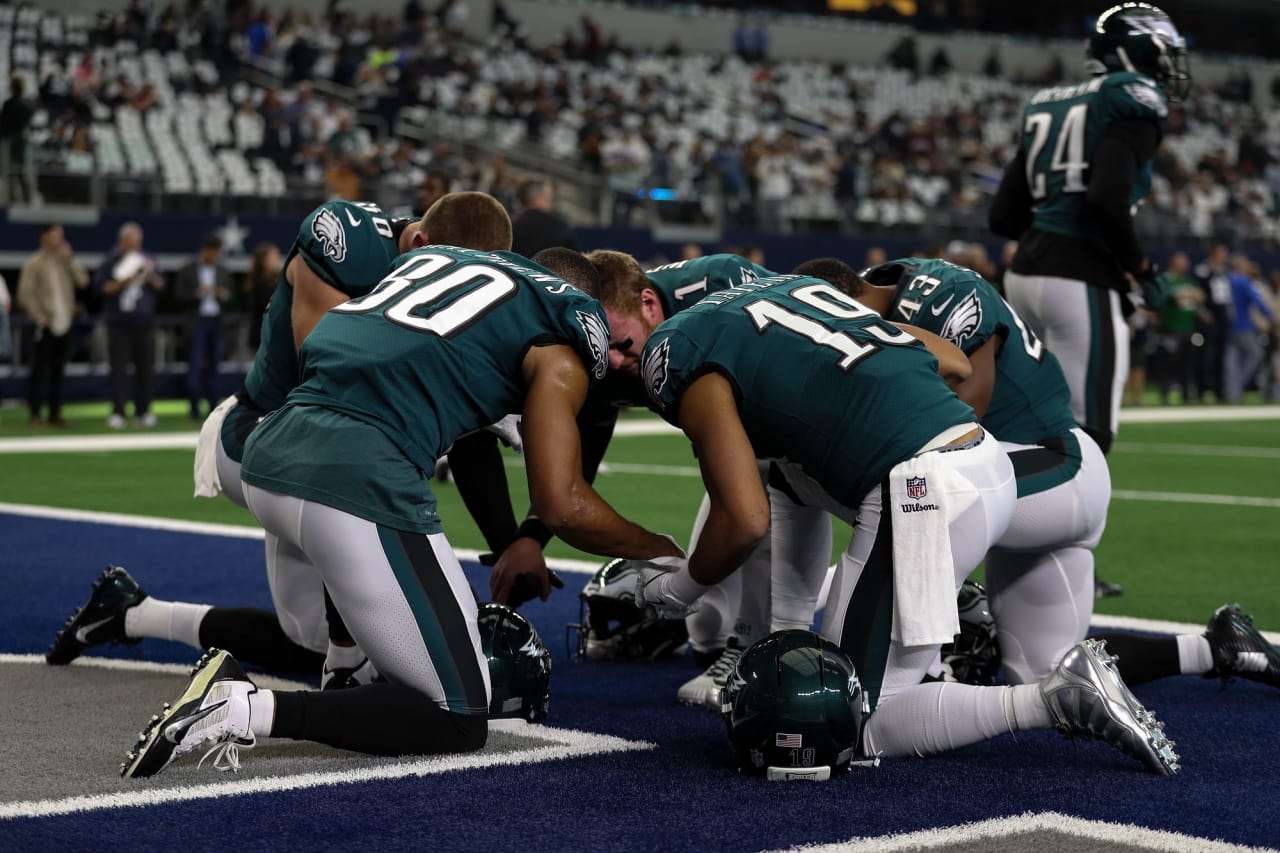 Eagles at 6-7 say they will keep playing hard

“We have to keep playing hard and we have to find ways to win,” Eagles tight end Zach Ertz said. “We have to finish strong. We haven’t started games on offense the way we want all season long, it seems. We’ve been playing from behind too much. We can’t do that. It’s cost us too many times.”

But, as we all saw in Dallas and as even Dave Spadaro admits, that offense was nowhere to be found early. The Eagles were shut out in the first half and held the ball for less than nine minutes. The stagnant start was a major reason for the Eagles’ inability to pull out a crucial win:

“It’s frustrating and we’ve talked about this all season,” said tight end Dallas Goedert, who had a 3-yard touchdown in the fourth quarter. “It’s one of those things that has hurt us. We just have had trouble getting into any kind of rhythm early in games.”

“It’s frustrating. It’s absolutely frustrating,” Carson Wentz said. “With the talent that we feel we have on the offensive side of the ball, and we just couldn’t execute, couldn’t sustain drives, and came up short here and there. Without a doubt that’s frustrating.”

More frustrating to us as fans, they seem to forget. We don’t get paid by the team.

A poster at PE.com named Kevin GT summed up the current fan frustration:

“Where was the run game? Why did Josh Adams only rush 7 times TOTAL? Why was he on the field for less than 50% of the snap counts? And when he was on the field, he only got the ball less than 20% of the time. He should be the workhorse with Smallwood, Clement, and Sproles alternating to give him a break. Sproles can be in for trick plays but the workhorse is Adams. Since Adams has taken over with the bulk of the carries in week 8, when the Eagles RBs rush 20 or more times per game, they win. When they rush less than 20 times per games, they lose. The Eagles did NOTHING to establish the run vs the Cowboys because the play-calling sucked. Zeke rushed more than TWICE the number of times the Eagles RBs rushed COMBINED! Of course the passing game won’t open up when the Cowboys know you’re going to pass it 75% of the time. Establish the run game and that opens up the pass game. You can’t have a beast like Adams rush for 7 times TOTAL in the entire game. He was averaging over 5 yards per carry versus the Cowboys and yet he only rushed 7 times! Effing ridiculous!! Play-calling sucks.”

We have got to get this bile out of our system quickly, so vent away, Eagles fans. There are three more regular season games left to get something going on offense, at least enough to approach the prospect of running the table to finish at 9-7. That could be a long-shot wild card possibility, or even a division title chance if Dallas should lose all of its remaining games. I admit this kind of mathematical projection is wildly optimistic. But if Zach Ertz is talking about “finishing strong”, one must assume any possibility of qualifying for the 2018 playoffs is what he is aiming for.