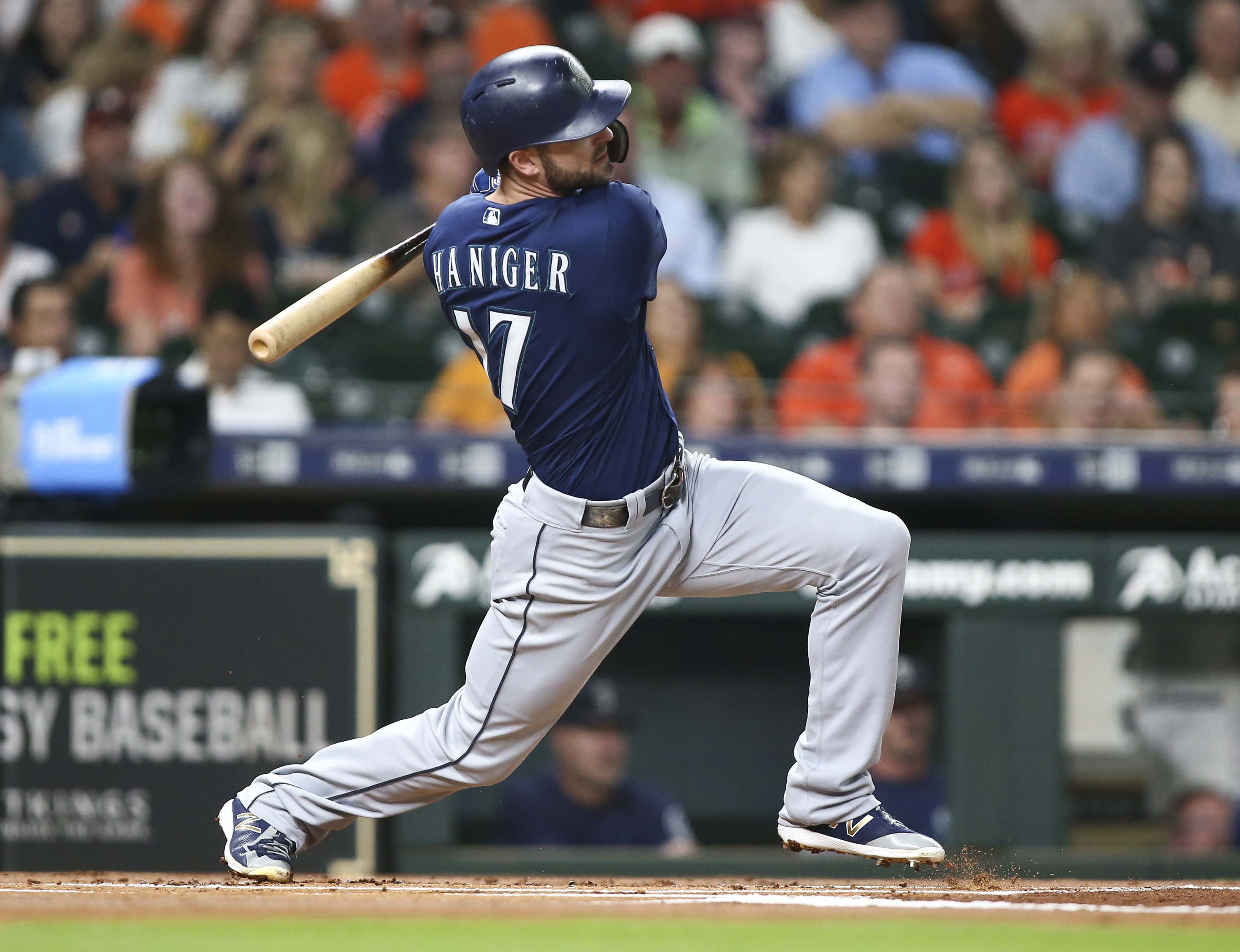 It has been no secret this off-season that the Braves are in desperate need of another outfielder. There have been a bevy of names bandied about between potential free agents and possible trade candidates. Last week I discussed which free agent outfielders the Braves should target. This week I wanted to look at the potential trade targets that the Braves could look to acquire. I also want to dive into the type of packages that it would take to acquire each player.

In the free agent piece I tried to focus solely on players that fit a certain profile. Mainly players projected to have an on-base percentage above .350 and a slugging percentage above .450, giving preference to left-handed hitters or players that could handle right-handed pitching. I was not able to be as picky on the trade market as none of the potential targets met the .350 OBP projection threshold. Most of the options that I have chosen to discuss come close to the OBP threshold and clear the slugging bar while also having a fair amount of success against righties. Without further ado let’s get into the trade candidates:

Yasiel Puig is actually a surprisingly good option for the 2019 Braves outfield. Puig has been an above average hitter every year of his career including some elite offensive seasons. In 2018, Puig posted a very strong 123 wRC+ and projects to post 125 next season. He also projects very close to our .350 OBP requirement with a healthy .341 mark. His on-base skills coupled with his .216 isolated power projection make him a perfect fit for the middle of the Braves lineup. With one more year before he hits free agency, he may even find a whole new level and play like he did early in his career when he was a 5 win player.

So how can the Braves acquire Puig? He actually should be the easiest to acquire trade candidate on this list. With a glut of outfielders in Los Angeles and Puig’s impending free agency, the Dodgers should be motivated sellers. This was the case even before reports came out that Puig was not too fond of being a platoon player in 2018.

Players with one year of team control remaining never demand as much as one might think. One of the best hitters over the past decade, Paul Goldschmidt, just got traded with one year left for two post hype prospects and a 37th rounder. Puig is projected to be a 3 win player in 2019. At $9 million per win, Puig should be worth roughly $27 million next season. He is also projected to make around $11 million in arbitration, so this puts his surplus value right around $16 million. According to the prospect valuation work done at Fangraphs, Kolby Allard or Joey Wentz would be a good one-for-one match-up for Puig.

Joc Pederson is essentially the slightly better, left-handed version of Puig. He is projected to get on base at a .348 clip compared to Puig’s .341, he’s projected to slug .494 compared to .486 for Puig, and Pederson is projected to have a wRC+ of 129 compared to 125 for Puig. Joc is also a plus defensive left fielder, which is another bonus. The knock on Pederson is that he is strictly a platoon player and can only hit against righties. Having Adam Duvall on the roster helps to mitigate that issue as he has hit lefties better over the course of his career.

Pederson is going to cost a bit more than Puig however, as Pederson is under team control for two more years. He will get paid around $4 million in arbitration in 2019 and could subsequently see a raise to about $8 million in 2020. This puts him costing $12 million over the next two seasons while being worth something like $45 million over that time. With $33 million in surplus value for Pederson, the Braves could realistically expect to give up someone like Luis Gohara or better in a one for one trade. A multi-player trade could feature someone like Kolby Allard and Bryse Wilson, but let’s stick with the solo package for this.

David Peralta is an interesting name that has been discussed quite frequently among Braves fans. He was excellent in 2018 batting .293/.352/.516 good for a 130 wRC+ and a 3.8 fWAR. However, this was only the second strong season of his career. The projections see him as an above average player in 2019 but not a star. Projecting to hit for a 116 wRC+ while only being able to hit against righties is nothing spectacular. It’s a similar profile to Joc Pederson except with less power, though Peralta is more playable against lefties than Pederson.

While much of the discussion for Peralta has been centered around including Zack Greinke to mitigate the prospect cost, we’re only going to look at this trade from the Peralta perspective. Peralta will also be a free agent after the 2020 season and looks to make about $8 million next season and roughly $12 million in 2020. Peralta also projects to be worth around $45 million over the next two seasons and costs about $20 million. This $25 million surplus value should net the Diamondbacks a little less in prospects than what the Dodgers could expect for Pederson. Something like Bryse Wilson straight up for David Peralta seems to be a fair deal here but they may want a little extra so we could throw in someone like Patrick Weigel who is worth around $4 million right now.

The Trade: Bryse Wilson and Patrick Weigel for David Peralta

Mitch Haniger would be the big fish to land this off-season. After putting up his second consecutive season with a 130 wRC+ or higher, Haniger has become one of the best, most valuable outfielders in baseball. Haniger can also hit both lefties and righties meaning he could play every day in Atlanta’s outfield. Adding Haniger would mean another big bat in the middle of the Braves lineup and would likely push us over the edge and make us the favorite in the NL East for 2019.

While the Mariners have been clearing house at the major league level, Haniger and his four seasons of club control may be too valuable to move. Therefore, it will be very difficult to pry him away from Seattle. It’s hard to tell this early on how much Haniger might make through arbitration, but let’s put the number somewhere around $30 million over the next four years while being worth roughly $110 million if he continues his current rate of production. This puts Haniger’s surplus value around $80 million. This is huge value and it will take real prospect capital to make it work. Luis Gohara is currently valued at $39 million according to prospect valuations, and would look to be a decent centerpiece, however Jerry Dipoto has already traded Gohara away once and likely wouldn’t want to reacquire him in a deal of this magnitude. That makes someone like Kyle Wright our most likely centerpiece with his $42 million value. We then can add Drew Waters and his $28 million value since Haniger would likely be taking his future spot in the outfield anyway. Adding Bryse Wilson to the package puts us over the $80 million threshold, but whatever package the Mariners agree on to move Haniger will likely have to be an over pay.

These are some very good players that the Braves could be in the mix for and some big prospects that they may have to surrender. I suspect that the Braves will be looking at the cheaper options rather than blowing the farm for a guy like Haniger. Someone like Puig for one year or Pederson for two would be my preference as that kind of deal should provide short-term value while not sacrificing the future. I would be fine with the proposed deal for Haniger but I wouldn’t do anything more than that.

Of all the options mentioned here and in the free agent post, I still believe I would lean toward signing Andrew McCutchen to a two or three-year deal worth about $15 million per year, however I could also see merit in acquiring one of the Dodger outfielders. Either way the Braves need to make a significant move of some kind in the outfield as it is the last place for them to make an offensive upgrade this off-season. With all of the other big moves being made in the division, the Braves will have to do something to keep pace in an ever more competitive National League East.