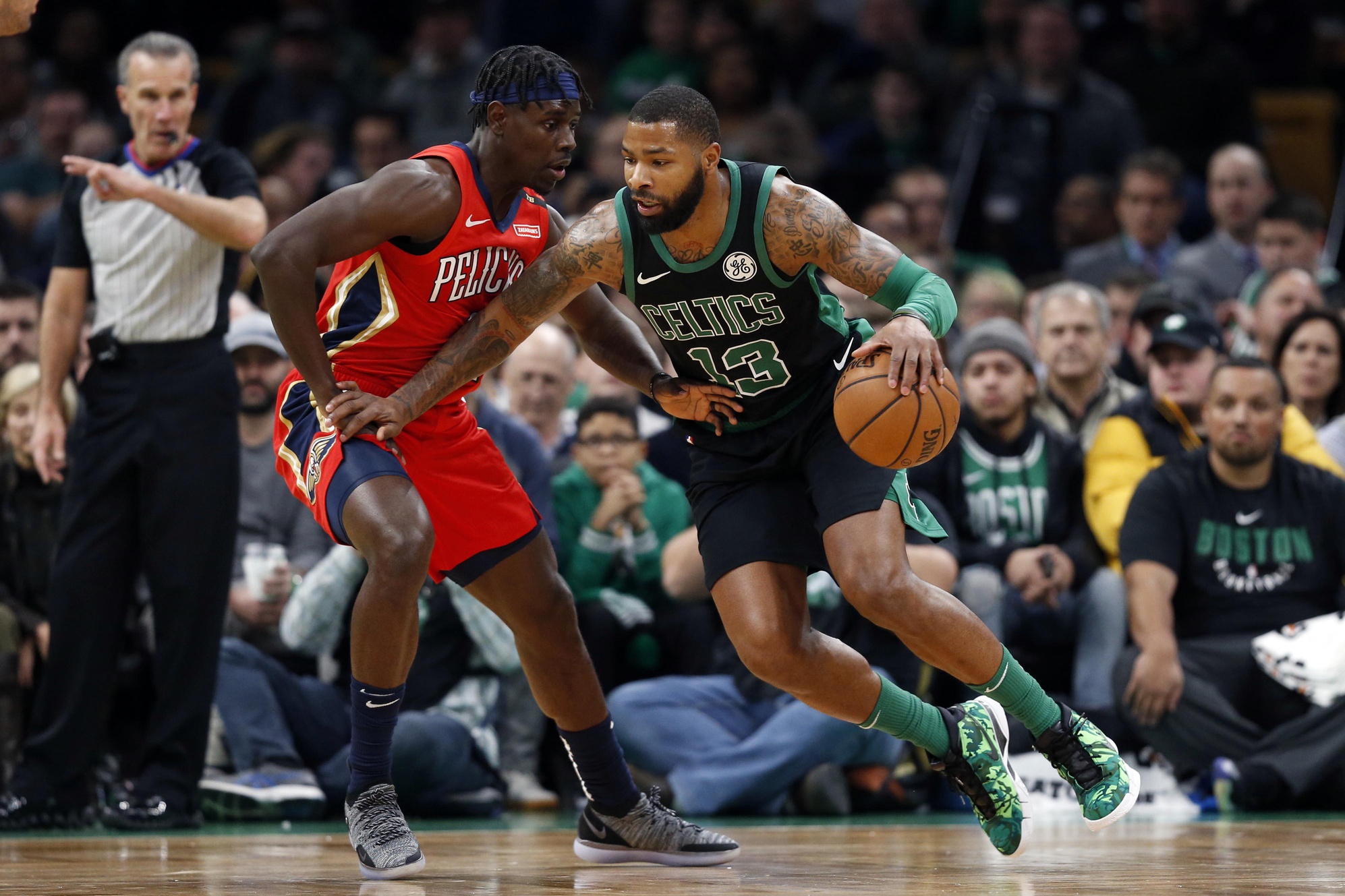 The Hospital Celtics  (No Kyrie – shoulder, Hayward – illness, Horford – knee, and Baynes – ankle) are back, baby. That means aggressively shooting contested shots (and making them), sharp cuts to the basket, and Marcus Morris not giving a god damn who stands in his way.

Morris and company were not bashful in attacking mismatches early and often. So we’re clear, any Pelicans player not named Anthony Davis and Jrue Holiday were guarding at a disadvantage on nearly every defensive trip. The points in the paint were plentiful and carried the Celtics to a 59-53 lead at halftime.

Robert Williams electrified the building early by sending an Anthony Davis jump-hook back to the 19th century and did it again by swatting the same type of shot in the second half. Williams played what I would call his first big-boy game in that he got to play significant, non-garbage time minutes in place of the injured Horford and Baynes. His +13 was tied for the highest on the team, which was crucial with Theis unable to make an impact in the effort to stop Davis. (Davis scored 41 so maybe I shouldn’t suggest that anyone else was any better)

Many of Morris’ 31 came exactly how you would expect – going to work in isolation to exploit bad matchups. As a result, Nikola Mirotic only played seven minutes tonight after getting steamrolled by Morris early on. A chunk of his points came in what might be the most unexpected development of the night: completely uncontested three-pointers. Seriously, with Kyrie Irving, Gordon Hayward, and Al Horford all sitting out, and with Marcus Smart and Semi Ojeleye shooting a combined 1-10 from outside, you’d think the Pelicans could zero in on the one guy who could kill them from the outside.

Jayson Tatum added 21 points of his own doing typical Jayson Tatum things. Some nasty stepbacks, including a nice shot over Davis, made room for some drives to the basket where the Celtics made a living for 48 minutes.

Two consecutive turnovers to end the first half was the antithesis of the execution we’re used to seeing. Some credit goes to the Pelicans for forcing the Celtics to improvise in late shot-clock situations and successfully defending the paint for the first time all night, but equal blame should be assigned to Jaylen Brown for trying to pass the ball out of isolation with less than a second remaining on the shot clock.

In the second half, the Celtics settled for outside shooting instead of driving the ball. With plenty of floor space to work with, they took (*extremely Mike Gorman voice*) a lot, and I mean, a lot of three-pointers. The lead, somehow, grew to 15 during this time. This is essentially the Hospital Celtics incarnate. Gritty, reckless basketball resulting in inexplicable double-digit leads. The three-pointers would eventually fall, as the Celtics hit 12 of their 39 attempts after starting around five of 26. Morris and Brown shot 9 of 16 from deep while the rest of the team was… bad.

The Celtics went incredibly small to start the second quarter by starting Semi Ojeleye at center coming out of the break. With Davis (played the entire first quarter) on the bench, Ojeleye matched up well with Julius Randle for a stretch.