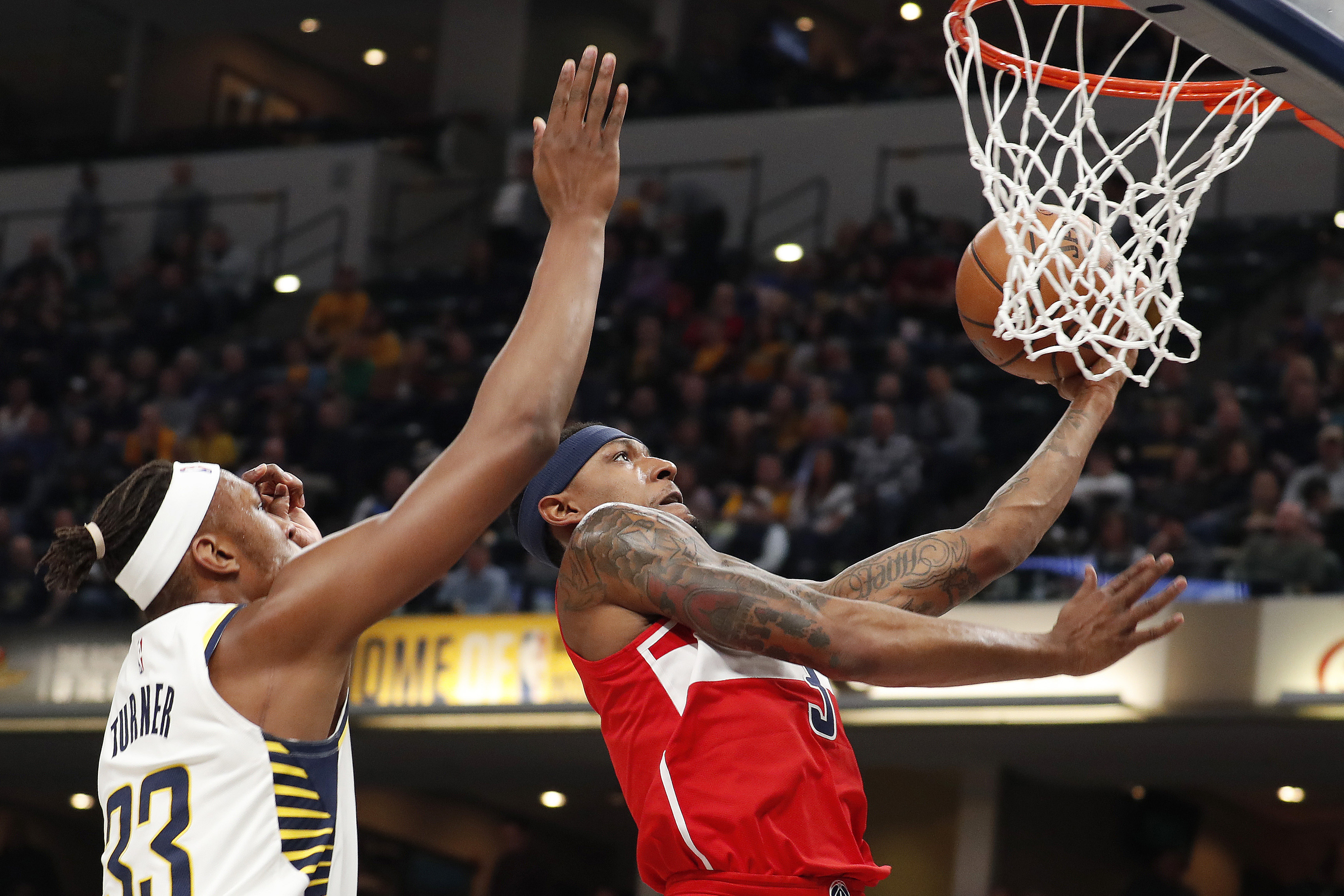 After an inexcusable loss to a tanking Cleveland Cavaliers team, the Washington Wizards were looking to show that they are not back to their old habits of poor effort and porous defense. The task against a playoff team in the Eastern Conference was not going to be easy and both teams were without one of their All-Star guards in John Wall and Victor Oladipo. In somewhat fitting fashion, Washington got down big, although not early, and fought back to make things close. As was the case previously this season, namely against Orlando, the Wizards could not get over the hump to complete the comeback.

Too big of a whole for Washington to dig out of

With three minutes left in the first half, the Wizards were up 50-49 and probably feeling good about themselves as they were shorthanded and dealing with some early foul trouble. Then the wheels began to come up. Indiana went into intermission on a 10-0 run that they would extend to a whopping 38-12 midway into the third quarter. All of a sudden, the road team was down 25 as they could neither make a shot nor defend against one. During the 11-minute stretch that the home team was surging, they were shooting 70 percent (14-of-20) from the field, while Washington was a miserable 21.4 percent (3-of-14). Indiana was getting to the rim, a nice 6-of-9 from deep, and even knocking down the midrange shots that Washington was probably ok with them taking. A 25-point second half deficit is hard to comeback from and against a stout defensive team, it is not surprising that the Wizards were unable to do so. To their credit, they did not give up.

If the Wizards could matchup in transition, that would help … pic.twitter.com/5ruAzmF72t

Seriously. The guy that the Wizards traded for three days ago in a salary dump of Jason Smith made the game competitive in the blink of an eye. With Troy Brown and Okaro White with the Capital City Go-Go (the former being so making no sense), Dwight Howard out following back surgery, John Wall out with bone spurs in his left heel, Otto Porter leaving the game early with a right knee contusion, and an empty roster spot, Brooks literally only had nine healthy bodies available to him. Despite going through just one practice and one shootaround with the team, Dekker was given an opportunity to play coming off of an ankle injury that he was rehabbing with the Cavs.

The Wisconsin product came in with 4:04 left in the third quarter and Washington immediately went on a 19-0 run that cut a game-high 25-point deficit down to just six. In just over six minutes of play with the Wizards, Dekker had a 126.7 net rating. Obviously not sustainable, but mightily impressive. The forward finished with just two points on 1-of-3 shooting, a rebound, an assist, and two steals in 10 minutes of play. The effort he put forth was properly exemplified by his +20 differential and will be a reason he will become a favorite of Scott Brooks.

Brooks: Effort and energy and his motor. That’s just how he plays he obviously got a little winded out there, hasn’t played in a while. I liked what I saw he plays hard. You can tell he plays with a lot of enthusiasm and loves the game and it shows it’s really a simple game, you just have to play hard at it.

Dekker: First time on the court in over a month and five days or something like that. I knew I was going to be rusty the one thing I could control was playing hard I thought I was able to do that and the guys matched that. Good things like that happen when we play hard like that. You have to take something positive tonight and see that’s the potential we can be. We had a big run there like I said, we can take some positives out of that.

Road Kelly Oubre continues to be a phenomenon

At this point, it is just funny how the now 23-year old looks like a savy NBA starter away from D.C., but an inefficient and raw wing during home games. In 12 home games this season, Oubre is averaging 9.2 points on 37.1 percent shooting from the field including a miserable 20.5 percent from beyond the arc. In 15 games on the road, he is averaging 15.5 points on 46.8 percent shooting including 37.2 percent from three. He is literally shooting better from three on the road than he is from the entire court at home. His usage percentage is not wildly dissimilar at home (20.8 percent) vs. on the road (21.2 percent), but he simply plays better on both ends of the court. Maybe he enjoys hearing that John Wall hates him from the opposing crowds? Imaging what the impending restricted free agent can do when he only has to play at the frigid Capital One Arena once or twice per season (because it is very possible Washington does not pony up the big bucks to keep a fourth draft pick in the organization).

Next Game: Washington returns home for their first game against the Boston Celtics on Wednesday.