Did Warriors deserve Sports Illustrated's Sportsperson of the Year award? 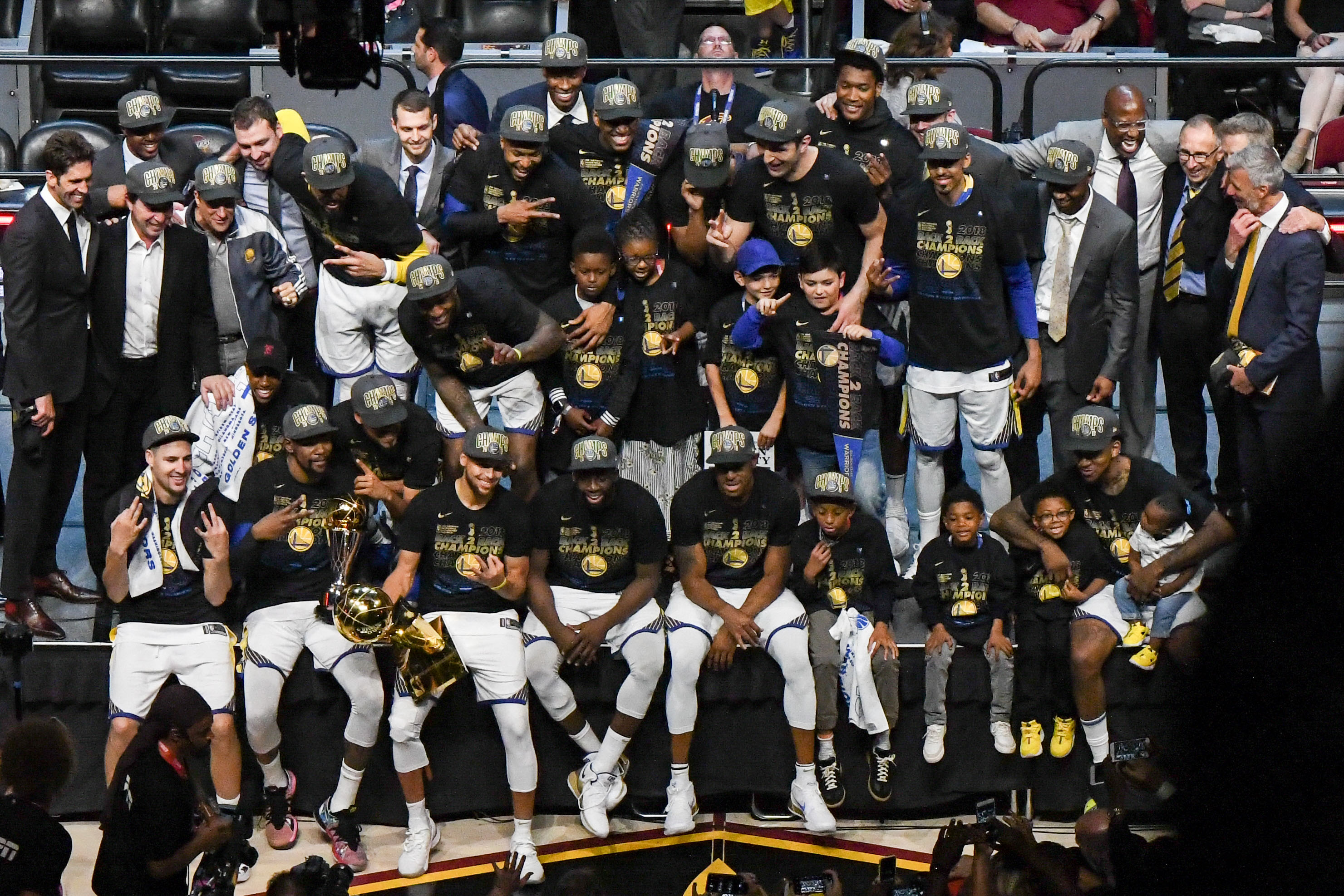 Did Warriors deserve Sports Illustrated's Sportsperson of the Year award?

Sports Illustrated announced Monday morning that their annual prestigious recognition of Sportsperson of the Year would be the Golden State Warriors.

The award, which recognizes both achievement, sportsmanship, and/or contribution to their community, typically recognizes one athlete who embodies those ideals. However, three past teams have had the honor of Sportsperson of the Year: the 1980 US Olympic hockey team, the 1999 US Women’s World Cup soccer team, and the 2004 Boston Red Sox.

So do the Golden State Warriors deserve that level of recognition?

Especially in a year that witnessed Justify win the Triple Crown, Chloe Kim dominate the snowboarding sport, Naomi Osaka defeat her idol Serena Williams to win the US Open, and backup QB Nick Foles put the Eagles on his back to win the Super Bowl.

The Warriors’ achevements are undeniable. Having won three of the past four NBA titles, they are currently building a dynasty that may be on pace to win this year’s championship as well. But their impact goes far beyond the professional hardwood floor.

They’ve created a new brand of basketball that has revolutionized how the game is seen and played. Steve Kerr’s up-tempo, read-and-react, pace-and-space offense is reliant on his players, who are uniquely equipped to execute it perfectly. Stephen Curry and Klay Thompson comprise arguably the best shooting backcourt in history. And Kevin Durant is a transcendent talent that takes the Warriors to the next level. Added with Andre Iguodala’s high basketball IQ and Draymond Green’s defensive ferocity, it’s no surprise the Warriors are in the midst of a modern-day dynasty.

And it’s also no surprise that others want to mimic what the Warriors have created on the basketball court.

A quick look around the league will reveal that other NBA teams are starting to model their organization and their play on the court after the Warriors. The Bucks, who are also a lengthy, athletic team like the Warriors, are starting to shoot more 3’s this season, with successful results. The Rockets have set a number of 3-point records in the past couple of years. And the Hawks’ choice of Trae Young over rookie sensation Luka Doncic was based on the belief that Young’s shooting could propel him to be the next Stephen Curry.

Even college basketball is impacted by the 3-point revolution, as they’re taking more 3’s in recent history than in years past. Curry and the Warriors’ influence continues down to youth as well, as kids are chucking up 3-pointers in the fast break to imitate their NBA idols, to the dismay of many traditional youth coaches.

But the Warriors’ fast, furious, and fun style of play is only part of the story. According to the Sports Illustrated editors, they also chose the Warriors because of their impact in the “increasing intersection of sports and the hard questions of politics, race and identity, among others, that have so divided the country. The Warriors—forcefully but civilly—embraced the unique platform afforded them. No, they did not change the world and its attendant conflicts and ills, but they did not ignore them either.”

From Steve Kerr to Stephen Curry, the Warriors are unafraid to speak out on controversial topics, using their platform to make their voices heard. The Warriors have contributed to the NBA, and sports in general, becoming a strong voice in the difficult issues that have plagued the nation.

So in a year where there were many deserving athletes (and a horse), Sports Illustrated’s choice of the Warriors will not go undisputed. But it is also not unwarranted.

The Golden State Warriors are now the class of the league, putting themselves in the conversation for “greatest team of all time.” And they’re doing it with a joy that extends from management to equipment manager, a style of play that has influenced every level of basketball, and a voice that refuses to be silent in the midst of nationwide controversies.

Whether they are the most deserving is up for debate. But their large impact and expansive influence around the league and around the nation, just like their 3-pointers, cannot be contested.