Aaron Rodgers Thrilled His Teammates Had His Back in Scrum 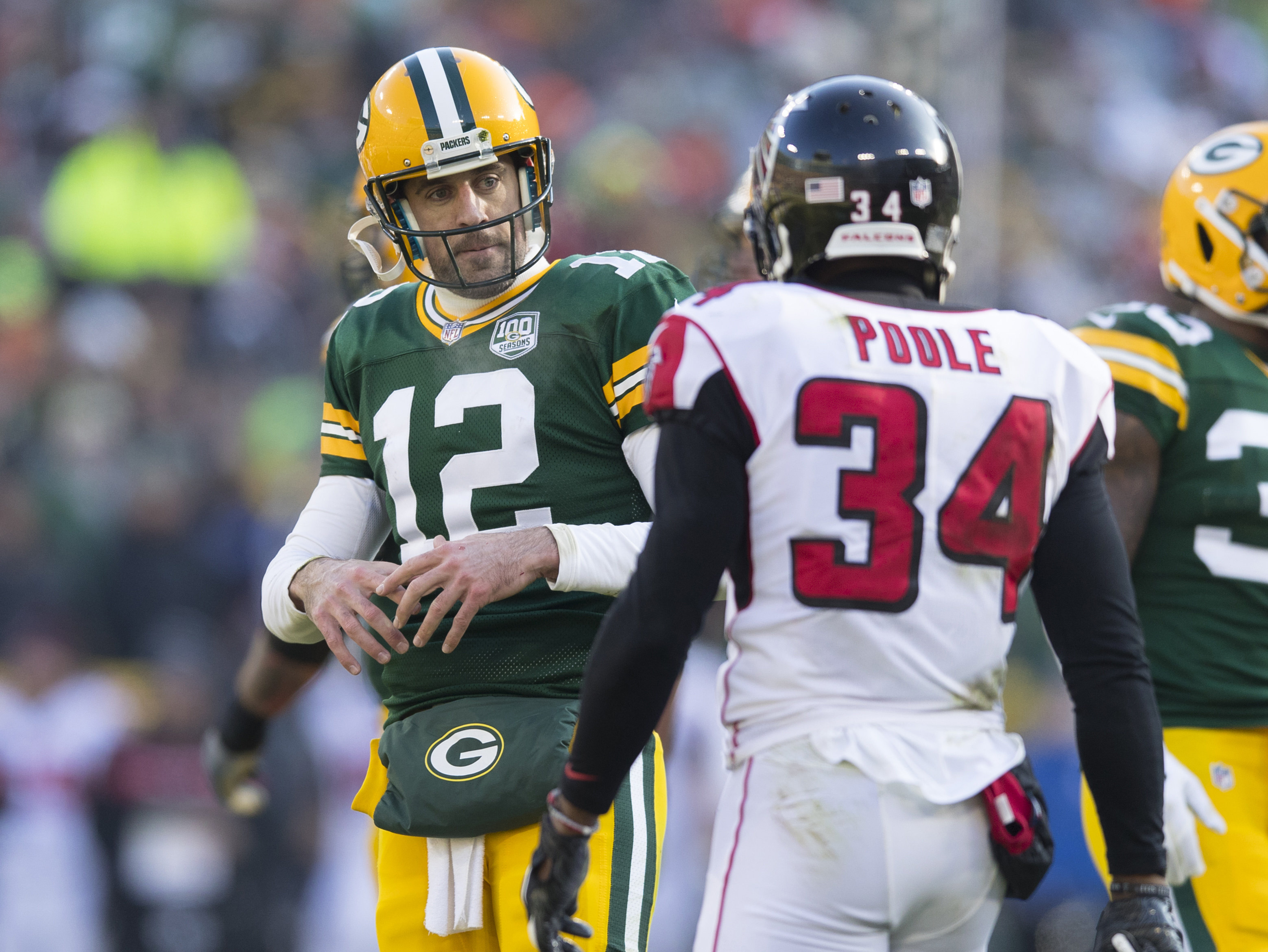 Aaron Rodgers Thrilled His Teammates Had His Back in Scrum

Sometimes, it’s easy for football fans to forget that NFL players are people, too. Green Bay Packers quarterback, Aaron Rodgers made that clear when he explained how important it was to him to know his players have his back when things got heated on the field.

In Sunday’s win over the Atlanta Falcons, Rodgers scrambled for a long gain in the closing minute of the first half before sliding inside the Atlanta 20. He was hit by Brian Poole as he started his slide and no penalty was called on the play. Packers offensive lineman Lucas Patrick came charging in to protect his quarterback and a scrum broke out which resulted in penalties being called against both teams.

“I love it, I really do,” Rodgers said when asked about the incident after the game. “The hit looks worse at full speed than it actually was. He [Poole] didn’t mean to hit me in the head, it was more shoulder, I think. It was into my slide, it seemed, potentially a tad unnecessary. Poole’s a tough player, he plays hard. I don’t think it was disrespectful at all, but I love when my guys come hard.”

The scrum was a little unusual according to Rodgers. “Usually there are a couple of people separated. This seemed to be a little more of a free for all. I was witnessing one of their backers pulling Lucas’ face mask and head out of the way. It seems in those situations I have a sort of cloak of invincibility in that not many guys are going to punch me or throw me down if I get into the mix which is peacemaker and some of their guys were doing the same thing.”

Just like anybody else, football players appreciate it when they have the support of their colleagues. How much so? The last time it happened, against the Titans back in 2016, Rodgers saved the video of the incident to watch during the offseason.

“For Cory to jump in right away or Lucas or Randall, just like it was in Tennessee it was Randall and Davante right away, then the whole offensive line is coming you love that,” Rodgers said. “I actually saved that clip on my phone and I remember looking back at the offseason at that moment because it means a lot to you as a leader that your guys are going to jump right in there and back you up.”

Packers players weren’t surprised that Patrick came in so quickly to support Rodgers on the play.  “Oh no, no, no, I’m not shocked all – that is Lucas,” running back Aaron Jones told reporters. “I love it. I was like man, I love that right there. He’s going to let you know.”

Patrick left little doubt where he stood on the play which resulted in a drive that ended with a Packers field goal just before the half to give Green Bay a 20-7 lead. But for Rodgers, it was just comforting to know his friends have his back.