Are the Braves Changing Their Approach to Free Agency? 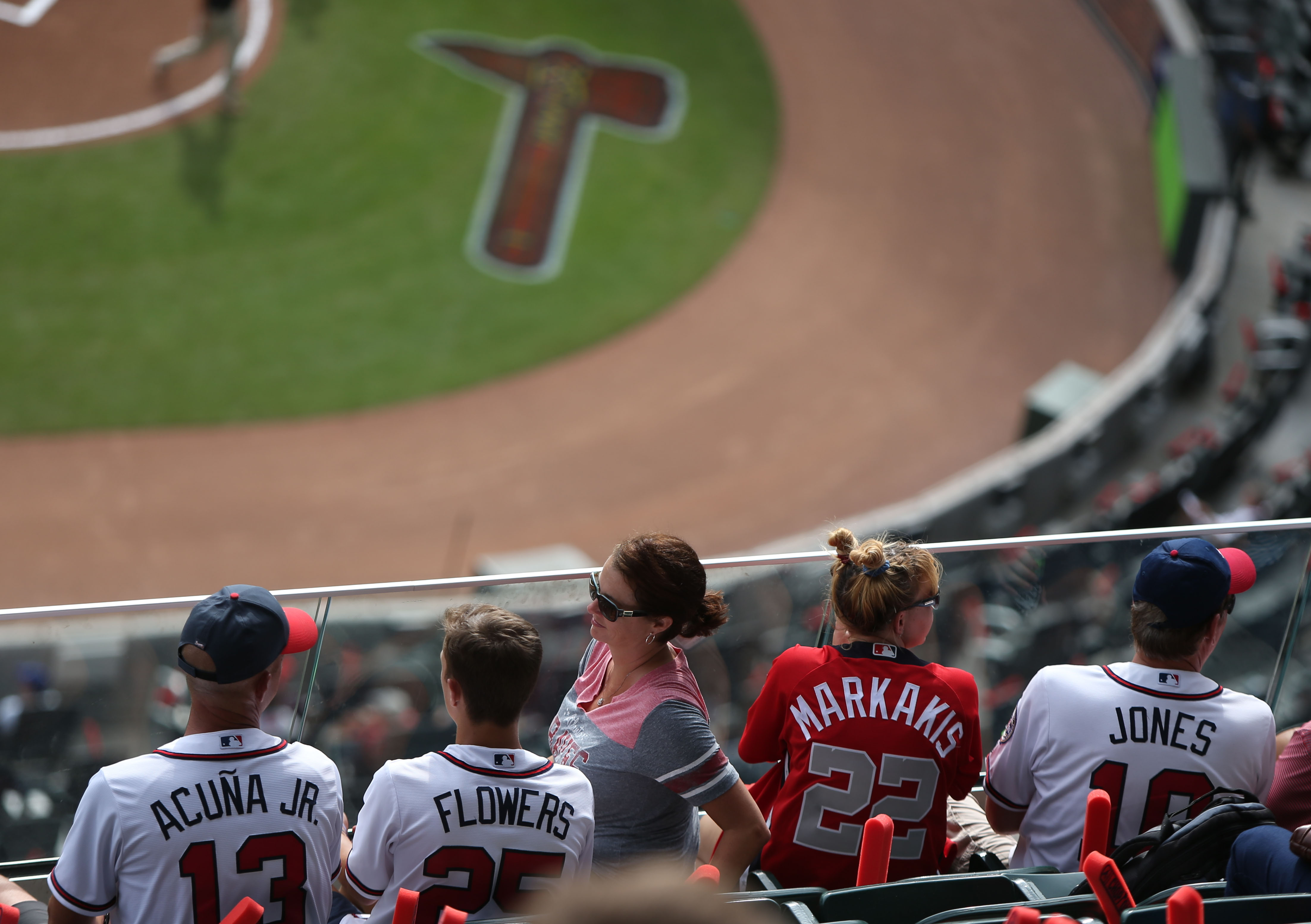 Are the Braves Changing Their Approach to Free Agency?

There are a lot of free agents still looking for a job as the winter meetings shift into their second day. This in itself isn’t that abnormal, but coming on the heels of a slow 2017-18 offseason that had some whispering about collusion, the equally slow beginning to this year’s offseason hasn’t calmed those fears. To this point, only two free agents – Patrick Corbin and Nathan Eovaldi – received deals longer than two seasons. It sure stinks of something as The Athletic’s Jayson Stark recently pointed out in more detail. For non-subscribers, Stark mentions a few contributing factors that aren’t so much collusion and more the result of a market where “tanking” removes many potential buyers.

But perhaps there is another factor and it could speak of a shift in direction for the Atlanta Braves franchise. General manager Alex Anthopoulos is known as one of the most forward-thinking individuals in baseball. He has a never-satisfied desire for more data. More information. Better analytics. We typically look into how that effects the on-the-field product through both in-game decision-making and how the team trains and prepares. But one more area of analytics is how the front office should approach free agency and in this, the Braves could be shifting away from long-term pacts for short-term commitments.

Obviously, we are too early in this process to come to any kind of definitive answer. While Anthopoulos has yet to sign a player to a deal that guarantees more than one season, he could easily change direction and sign Dallas Keuchel to a four-or-five year contract. For the record, despite Jon Heyman’s insistence that the Braves might do just that, sources closer to the Braves like Mark Bowman dispute that.

But if the Braves don’t make that huge signing, it will make a lot of sense and not because Keuchel may not be the best bet to count on for future success. Look at the last several long-term contracts the Braves have pursued in free agency: Melvin Upton Jr., Kenshin Kawakami, Derek Lowe, and even John Thomson. While the Braves have not been huge free agent buyers in recent years, they have often been burned more times than not. Nick Markakis is the best long-term free agent the Braves have signed since Brian Jordan before the 1999 season. And even the Markakis deal was looking a bit below water before his magical first half in 2018.

Of course, other teams have had more success with long-term deals, but two of the top five largest contracts in history given to free agents were followed by teams desperately try to get out from under the crushing weight of these mammoth deals. First, it was Alex Rodriguez’s $252 million which the Rangers quickly wanted to move on from. Recently, the Mariners traded Robinson Cano, who signed for $240 million. Another $200+ million contract, this one signed by Zack Greinke, has the Diamondbacks thinking trade. And that doesn’t even include Albert Pujols, who signed for the same amount Cano received and has been in a steep decline. Jason Heyward, Mark Teixeira, Adrian Gonzalez, Jacoby Elsbury, Eric Hosmer, Carl Crawford – they all signed deals with even bigger value than the Nationals gave Corbin and their new teams regretted it. And this list doesn’t include guys like Giancarlo Santon, Joe Mauer, Felix Hernandez, Chris Davis, and Matt Kemp – guys who signed extensions worth at least $160 million who were either later traded or their teams watched them decline into a shell of their former self.

Certainly, there is a difference between giving a guy $150+ million and a four-year contract. These two things do not have to happen at the same time. But the big picture here is that quite often, these large extensions seem to fail.

Enter the Braves under their new analytics ninja. Anthopoulos has given out a few long-term deals before. And by few…I really do mean few. During his time as the Jays’ general manager, he signed Maizer Izturis to a three-year contract worth $9 million and Russell Martin to a $82 million contract. Izturis was a low-cost gamble that blew up while Russell Martin, after posting a .787 OPS in the first year of his contract, has hit .218/.338/.375 since and missed plenty of action.

Anthopoulos did absorb some long-term deals – namely Mark Buehrle, Jose Reyes, and then Troy Tulowitzki – with different levels of success.

Let’s get back to this offseason. The Braves have been attached to several free agents, though how much of that attachment is based in reality is questionable. And many of those free agents from Keuchel to Michael Brantley will likely require a significant commitment. The Braves may still make that commitment. Or perhaps they are rightfully skittish about giving a 30-year-old a long-term deal. The Braves – and I don’t think they are alone – are looking at signing one of these free agents at an age where decline and injury are more likely than they were in their 20’s and these general managers are thinking, “maybe now is not a good time for that.”

So, what do they do instead? They buy short-term. They grabbed Josh Donaldson and Brian McCann on one-year contracts. Meanwhile, they seek out assets that are team-controlled or, at the very least, cost-controlled. These options carry the added bonuses of often being younger and cheaper players than the free agents of similar value. The AJC’s Gabe Burns has specifically mentioned Seattle’s Mitch Haniger and Arizona’s David Peralta. Sure, they cost prospects, but why pay the going rate for an outfielder capable of an .850 OPS when you get him at a reduced rate while he’s in arbitration? If his knee blows up, you can simply non-tender him and move on. Or they can become Freddie Freeman – superstar players you want to keep because you believe they are cornerstones and you have an endless amount of data, scouting reports, and interactions with the player to know that.

Again, this might not be the Braves’ direction. They are likely being very restrictive in giving out a long-term deal, but that doesn’t mean they won’t. And certainly, when still-young players like Bryce Harper reach the market, they are a bit different in approach compared to older players like Brantley. And while a hypothetical approach I’ve presented here seems logical, it should be mentioned that it will hamper your ability to sign free agents that might be great fits. Most superstar free agents aren’t like Donaldson. They want long-term commitments, not a short-term offer even if the salary is good. Fortunately for the Braves, with so many teams also hesitant to hand out long-term deals, it keeps the Braves in the discussion.

In the end, there are a lot of good reasons to avoid long-term deals. The Braves have a history of watching these type of deals blow up. Often, they end up paying another team (ex: Derek Lowe) or attaching great assets (ex: Melvin Upton Jr.) just to get rid of their contracts. And they are not alone in getting hurt by big deals, though the Braves do seem snake-bitten a bit more than average. Long-term deals can be albatrosses – especially for a team that will not be competing for the top spending title even in their own division.

And while that can lead to many top free agents signing elsewhere and having success – even against the Braves – the pros of avoiding these deals often outweigh the negatives.

If that is the direction of the Braves, then get used to hearing the team attached to many top free agents, but ultimately signing veterans to what media types will call “make-good” contracts. Some would, of course, be upset by such a path for the Braves. It’s easy to look at the free agent market and say, “I’ll take this guy and this guy and this guy.” It’s fun to do and makes for great content during the off-season. But the reality of these deals can cost the general manager his job. They aren’t easy decisions and if you are playing the odds, signing free agents to blockbuster deals are the riskiest thing that general managers do. Perhaps in our analytics goal to find efficiency and perfection, the free agent market right now represents the least efficient and most imperfect way to build a team.

To put it simply, rather than dive into the free agent waters with stupid money, perhaps the best idea is to let your toes dangle instead. It gives you the opportunity to move onto the next activity much quicker. You won’t make a splash – get it? – but you might be making the best decision in the end.