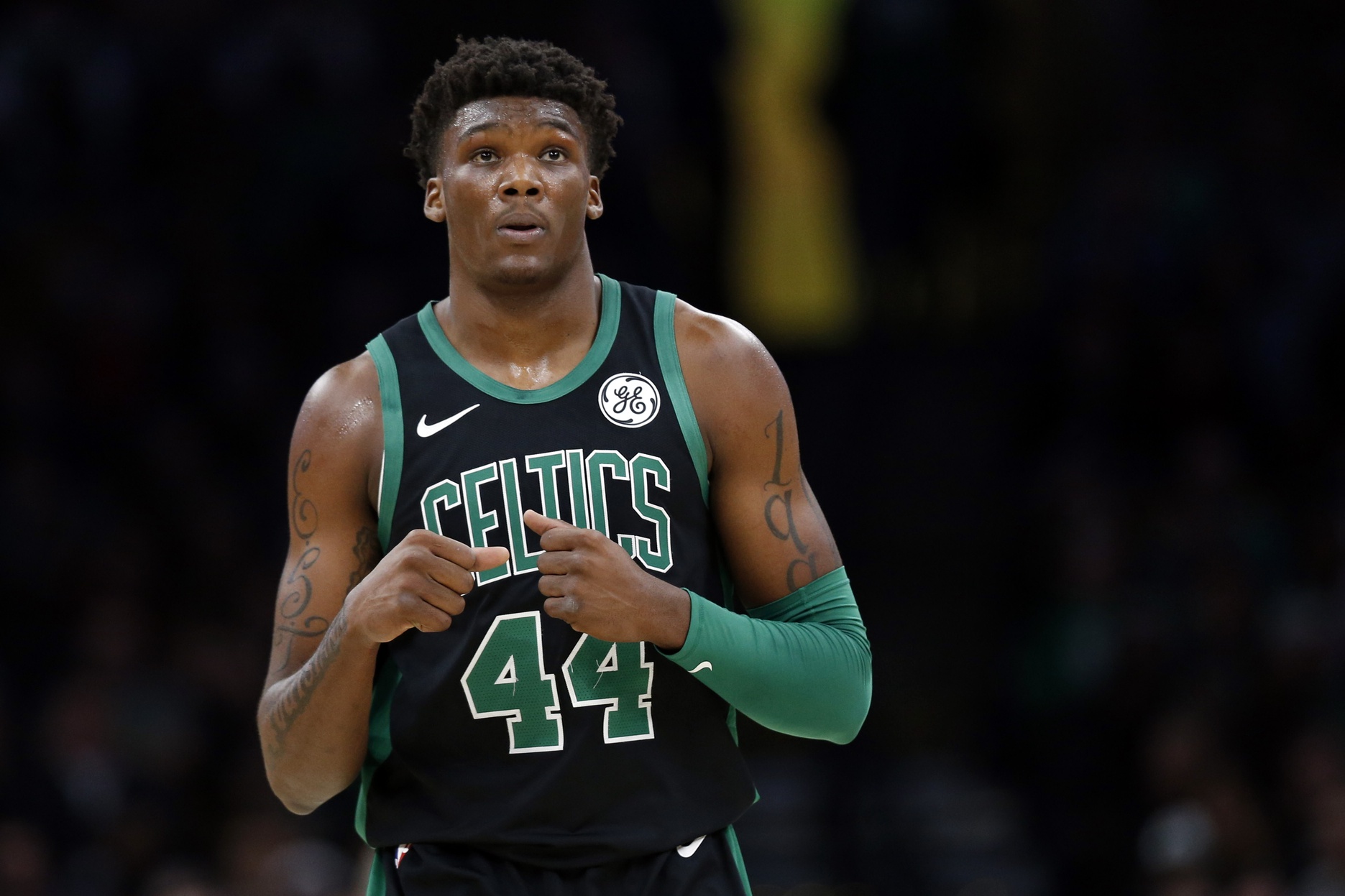 Robert Williams was pretty good for the Boston Celtics last night. Sure, he’s got a lot to work on, but he showed a lot as well. Here’s a deeper look into what he provided for the Celtics.

Sure he blocked three shots, two of them belonging to Anthony Davis, but he also contested a bunch of shots too, like this one that came after the first block.

He forced Davis into a tough fadeaway because of his length and ability to gets so high on his contests. Davis eventually found ways to score, but the point here is that Williams forced Davis to figure out new ways to score.

Williams guarded Anthony Davis on 32 possessions. Davis scored 15 points, but shot 7-17 (41.2%). Daniel Theis also had 32 possessions against Davis but he gave up 21 points on 8-13 shooting (61.5%). Theis obviously struggled against Davis, but Williams did a fine job making Davis work.

Overall, Williams contested 17 shots in his 25 minutes. That’s a pretty good number for the TimeLord. He also led the Celtics across the board in rebounding, with not only seven defensive boards but by getting 24.1% of all available defensive rebounds.

So he ended seven defensive possessions by grabbing the rebound, stopped three more with a block, one more with a steal, and then contested 17 shots beyond that, all in 25 minutes of action.

He made some obvious mistakes out there too, but for a rookie going up against his hero. who happens to be a top five player in the NBA… this was a nice performance.

Offensively he did a little more than met the eye as well.

The regular counting stats have him scoring seven points on 3-5 shooting and 1-2 from the line. He accounted for a little more of the Celtics offense, though.

He didn’t have any assists but he did have one secondary assist (you might call it a hockey assist, or a pass that leads to an assist). He also had three screen assists, which is a screen that leads to a basket. Plays like this.

Those screen assists led to seven Celtics points. Tack that onto the seven he scored and add two for the secondary assist and he had a hand in 16 of Boston’s points.

Digging deeper like this is interesting and important because it shows a player’s impact beyond the regular counting stats. Basketball is a team game, and one player’s points often come off of what another teammate or two (or three, or four) do to set up that play. It’s cool that we’re getting to see a little of that greater impact through the advanced analytics and tracking.

Williams had nice game for himself. He made Anthony Davis work hard to get his points, which is all you can ask of a guy trying to guard him without help. He made his presence felt out there defensively and he was an active part of the offense. He did little things to help his team and be a plus player while he was on the floor. He didn’t try to do too much and he tried to stick to the game plan.

These are all encouraging signs. It’s another piece in the puzzle that makes it seem like Boston got a pretty good player with that 27th pick.