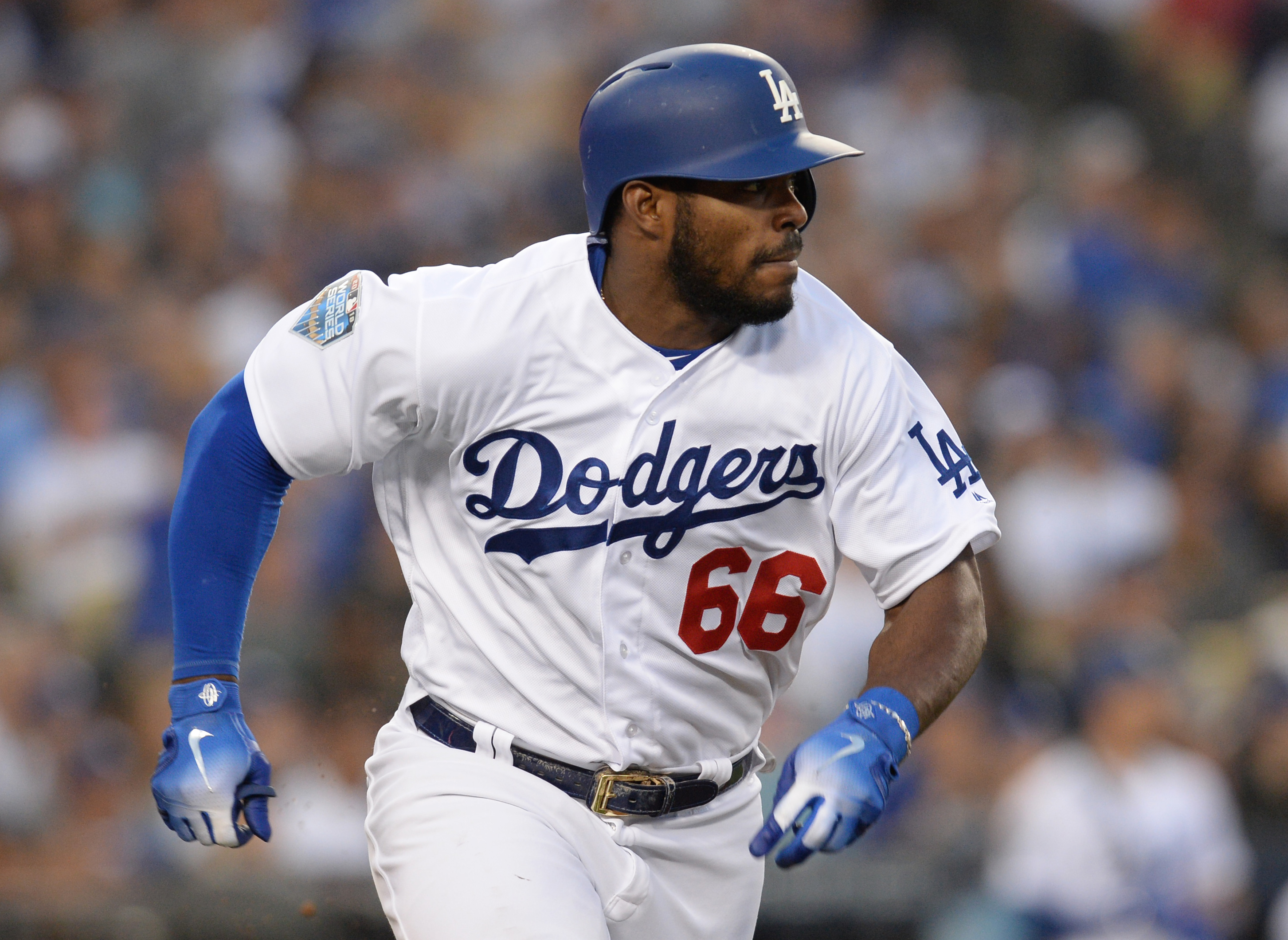 Dodgers slugger Yasiel Puig delivered more clutch hits than any other player last season — as he did so consistently, throughout their 2017 campaign — but the team may be shopping him at the Winter Meetings.

It’s unclear if the team is looking to “sell high,” or if Puig’s personality is beginning to rub them the wrong way, but whatever the reason, there’s talk of trade rumors involving him at the Winter Meetings.

The Dodgers do have a crowded outfield, and given Puig’s cap hit, the move makes sense from a financial perspective. But the Dodgers’ championship window is beginning to close, and it may not be wise to move one of their most clutch players, who delivered a number of game-winning hits last season.

Still, it’s a known fact that Puig struggles against lefties big-time, and he’s also a bit of a defensive liability. Not only that, Puig is set to enter his final year of arbitration, so he’d become a free agent in 2019. The Dodgers may look to move him so they can receive something in return, rather than losing him for nothing, as it’s hard to see the team re-signing him to a long-term deal going forward.

Bonus update: Matt Kemp may be on the move as well.

According to a source, the Dodgers are actively trying to trade Yasiel Puig and/or Matt Kemp.