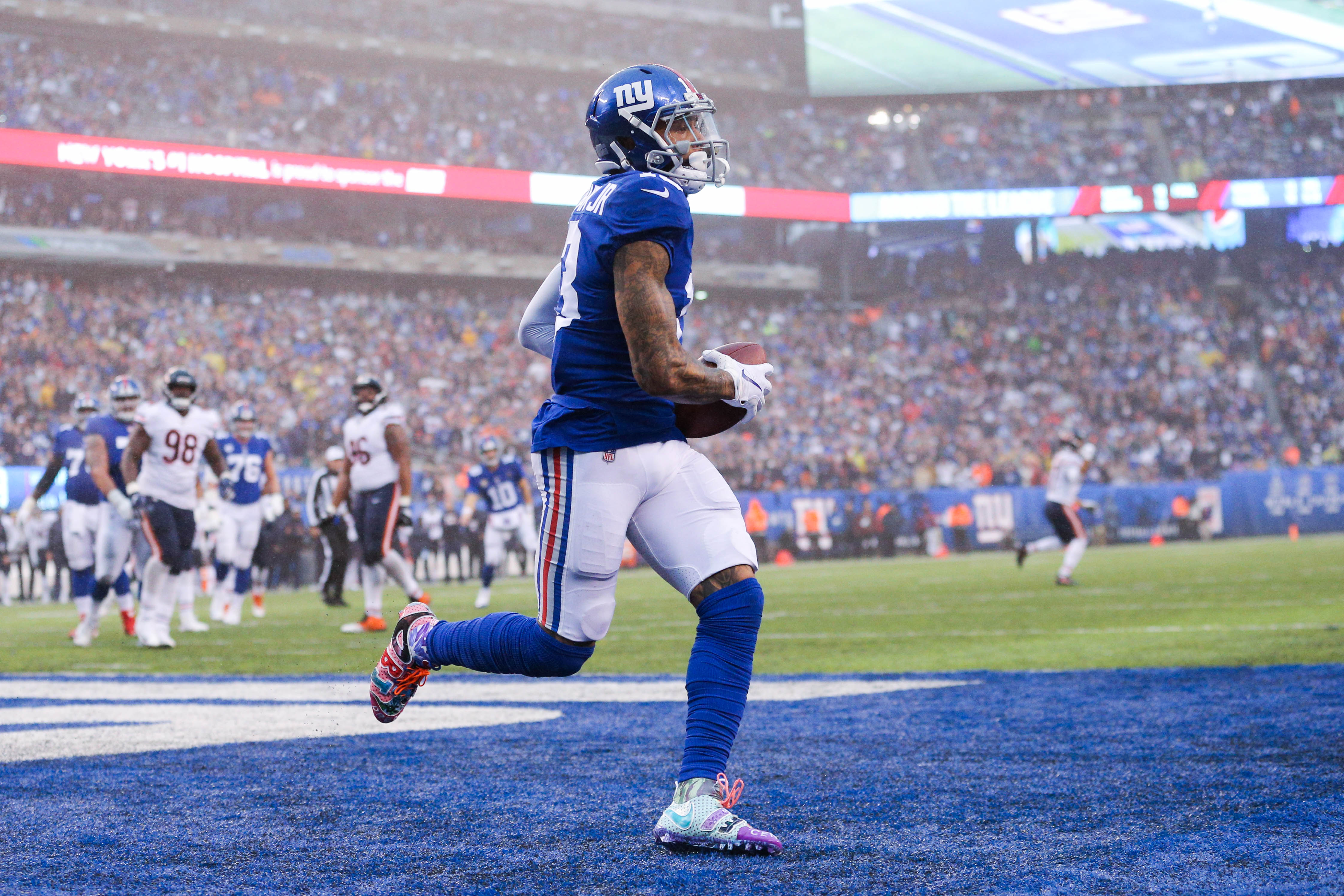 Giants star receiver Odell Beckham Jr. sat out for the team’s Week 14 game against the Redskins — which they really didn’t need him in, as they jumped out to a 40-0 lead, on the road, no less — as he was dealing with a quadriceps injury.

The team’s decision appeared to be a bit precautionary more than anything, as the Giants are still technically alive in the playoff hunt, but they’d need to win out, and have some help, to qualify. And given that they made OBJ the highest-paid receiver in NFL history back in August, they’ll probably look to keep him healthy more than anything.

Beckham could be on track to return in the team’s upcoming game against the Titans in Week 15, judging by what he told reporters regarding his status on Monday.

“I feel one thumbs up, trying to feel two thumbs up,” OBJ said.

OBJ could be returning just in time for fantasy football playoffs, it seems. Good news for fantasy players, and for the Giants, of course, who still have a shot at the postseason.