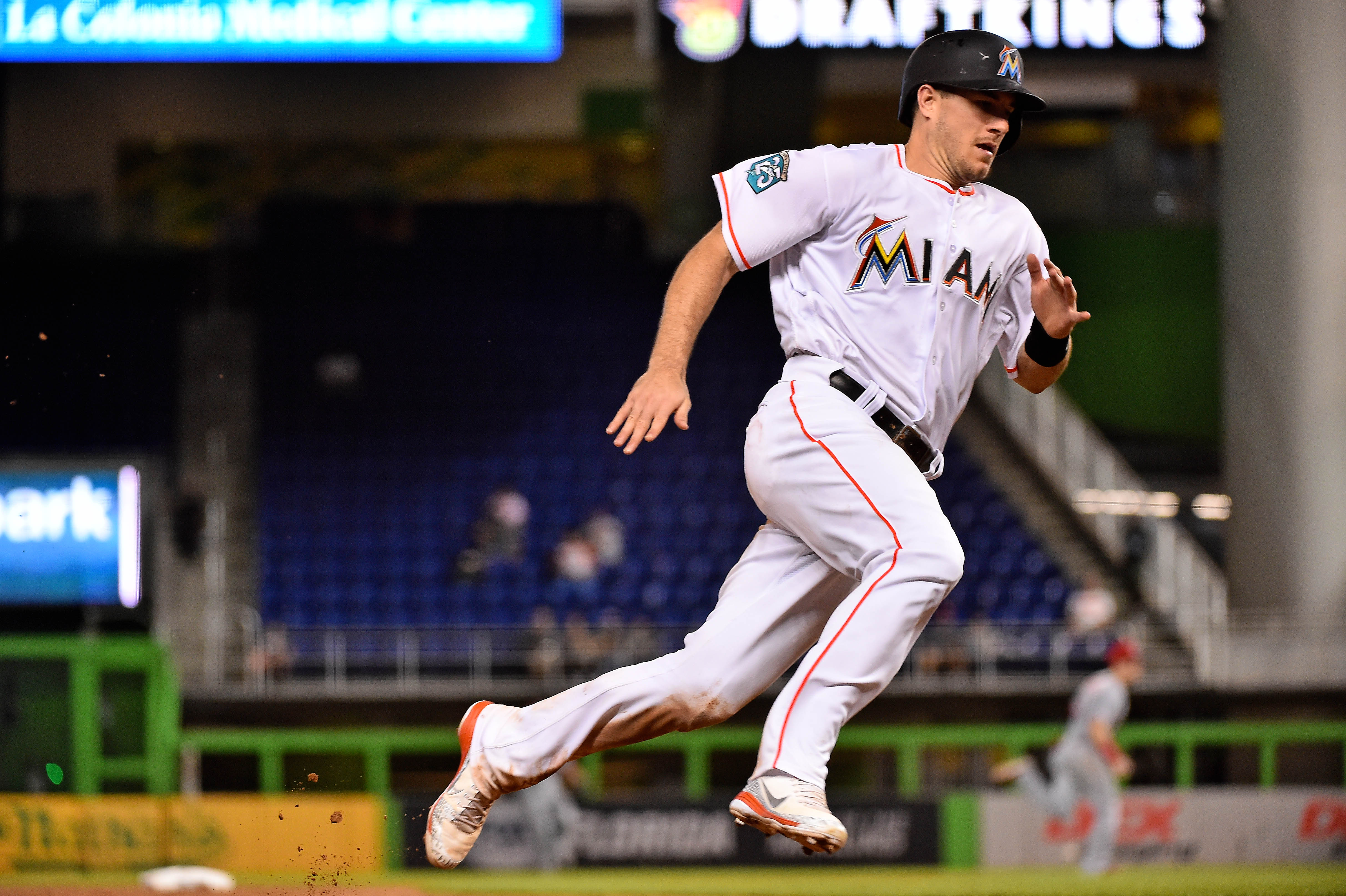 New York Mets’ General Manager Brodie Van Wagenen is a creative guy, and that creativity is threatening to break the internet. Reports emerged late on Monday night that the Mets were engaged in multiple three team trade scenarios to try and acquire catcher J.T. Realmuto from the Miami Marlins, but one particular option raised alarm bells with the team’s fan base. Check out this rumor, courtesy of the New York Post’s Mike Puma.

There have been discussions, a source confirms, on a potential 3-way trade between the Mets, Yankees and Marlins that would bring J.T. Realmuto to Flushing and could send Noah Syndergaard to the Bronx.

While Mets’ fans weren’t thrilled about including Michael Conforto, Brandon Nimmo, or Amed Rosario in a trade for Realmuto a deal involving Syndergaard might send them over the edge. The fact that Syndergaard would go to the Yankees of all places wouldn’t make them feel any better even though few are disputing that Realmuto is the best catching option on the market right now. It’s unclear what permutation this deal could take, but SNY’s baseball insider Andy Martino notes that the Yankees are interested in acquiring pitching from the Mets, not just Syndergaard. This could open up a scenario where Zack Wheeler goes to the Bronx, which would make more sense for a one year commitment.

The other factor of note here is that the Marlins still want that MLB ready position player in a trade, which is why the Mets are trying to loop other teams in to satisfy that aspect of the Marlins’ demands. The  Yankees certainly fit the bill since they could offer third baseman Miguel Andujar, who Ken Rosenthal of The Athletic notes is available. Andujar still has five years of team control remaining, so it would make sense to use him as a headliner on the Marlins’ end as part of a return. The Yankees would likely part with Andujar if they were going to end up with Syndergaard, a controllable ace who is 26 years old and a below market value for the next three years. This would also free up the Yankees to use money they earmarked for the rotation in a push for Manny Machado, who could play third base as Andujar’s replacement.

What isn’t clear is why the Mets would part with Syndergaard here to only get two years of control from J.T. Realmuto. Realmuto would be a massive upgrade on their catching game, but they would need to get more back to justify giving up a cost controlled ace when Wheeler is only a year away from free agency. They could look to get that from the Yankees in the form of outfielder Clint Frazier, who would give the Mets a young right handed hitting outfielder to go along with Conforto and Nimmo. Frazier still has plenty of team control left, but it could be a hard sell for Mets’ fans to watch an ace walk out the door in exchange for a catcher and young outfielder.

In the end, it’s important to note what Van Wagenen told media members at the Winter Meetings yesterday, when he said he didn’t want to create a hole just to fill another. This logic is why the Mets don’t want to include Rosario in a deal for Realmuto since that would solve the catcher’s position while opening a hole at shortstop. Trading Syndergaard (or Wheeler for that matter) does the same for the rotation, and the Mets would have to fill that hole by either trading for Corey Kluber or spending a ton of money on a guy like Dallas Kuechel in free agency.

The one thing that is clear is that Van Wagenen really wants Realmuto, who would be a tremendous fit for the Mets’ roster. Clark Spencer, the Marlins’ beat reporter for the Miami Herald, is predicting that a deal could be completed for Realmuto this week. The Marlins’ high asking price for Realmuto has scared off a lot of teams, but the Mets are clearly not one of them. Buckle up folks, it’s going to be a wild 48 hours in Las Vegas.