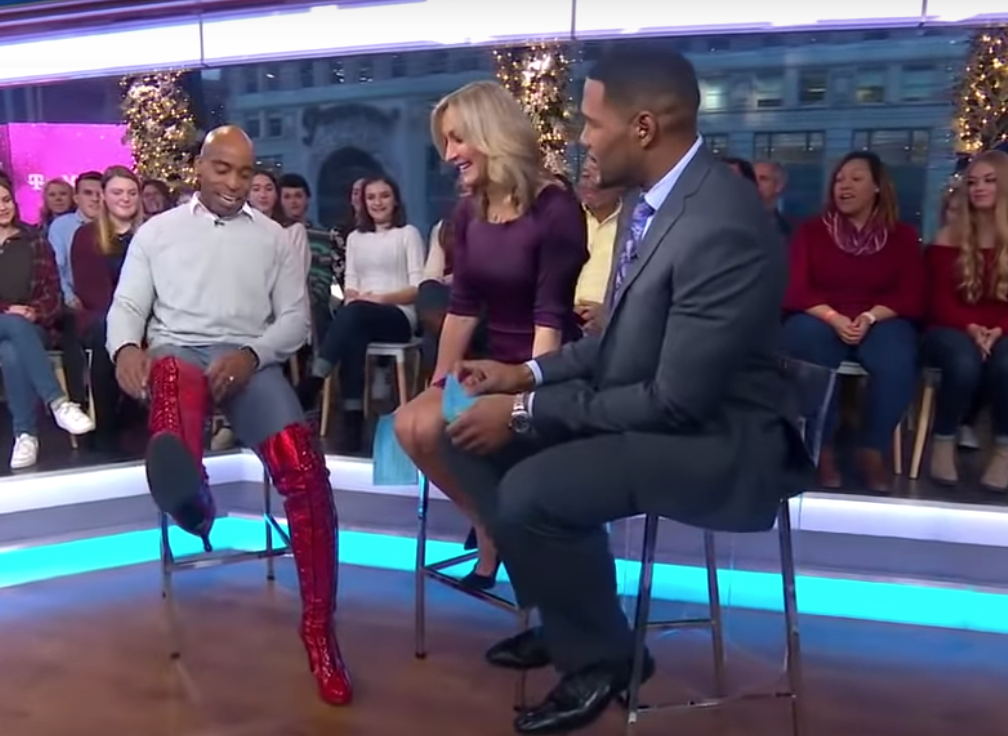 Former Giants running back Tiki Barber was known for his elusiveness and swift moves on the gridiron, and now he’ll be putting his quick feet to good use — just on a completely different stage.

Barber, who was voted into the Pro Bowl three times, appeared on “Good Morning America” on Tuesday to deliver an important announcement, and it’s one that no one was expecting.

He announced that he’ll be joining the cast of Cyndi Lauper’s Tony-winning musical “Kinky Boots,” and that he’ll play the role of Don, the factory foreman.

This photo is pretty awesome.