Your Morning Dump... Where patience pays off 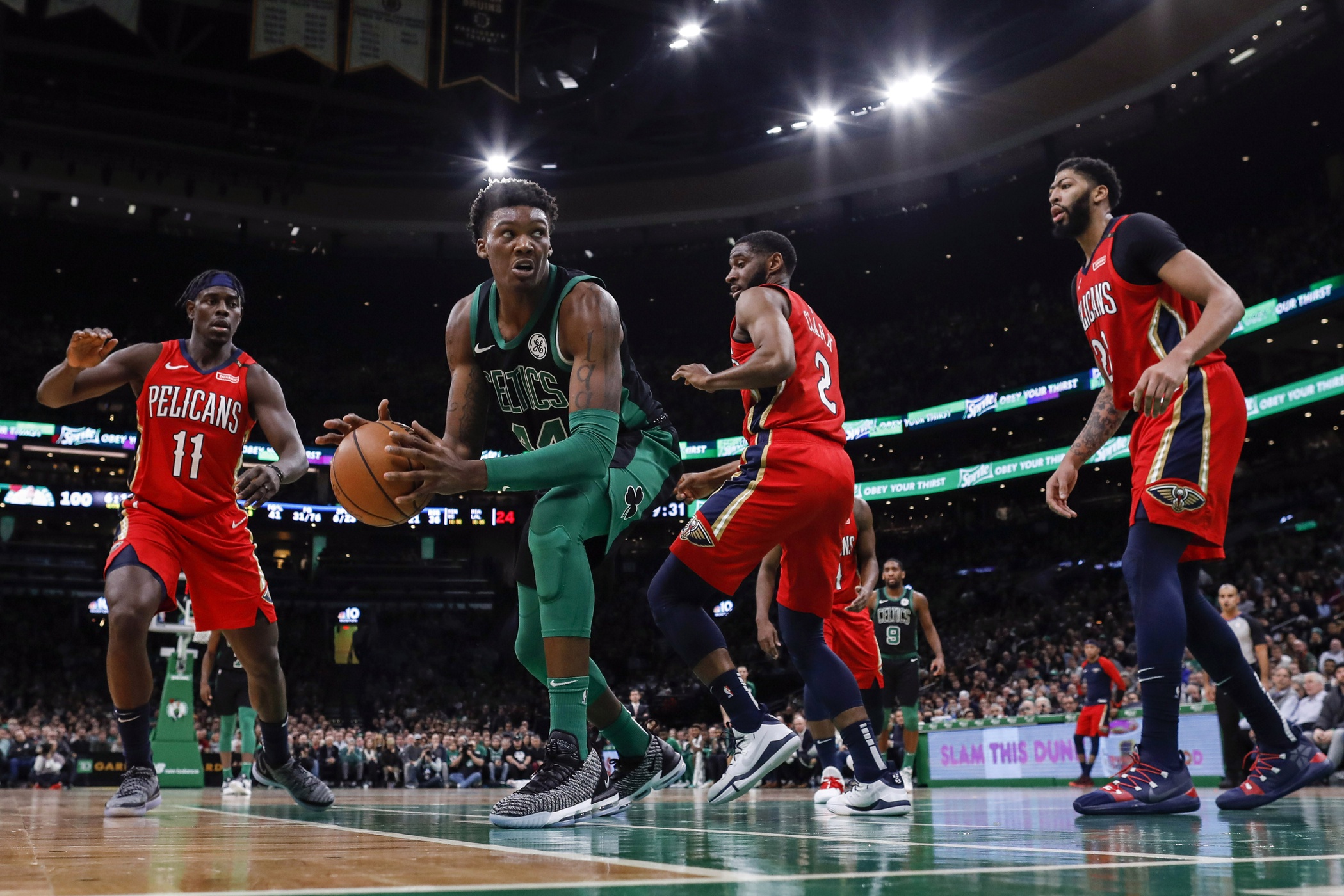 Your Morning Dump... Where patience pays off

“The biggest thing was my team did a great job of continuing to find me — but still inside the offense and it wasn’t forced. I think that was the best part of it.”

Though Davis would continue to apply pressure – first with a seven-point third and then a 16-point fourth – the Celtics continued their newfound love of moving the ball. Last night’s 23-assist performance was their lowest dish total in this six-game winning streak.

“I think everybody’s buying into what Coach is preaching,” Morris said. “Moving the ball, and the ball’s popping, and everybody’s getting their shots, and getting to their spots. And we’re defending at a high level right now and obviously lately our offense has been clicking. So you know our defense is gonna click when our offense clicks.

So last night was the Marcus Morris show–guy had 31 points and exemplified the sort of ‘next-man-up’ mentality that we’ve come to expect from the Celtics.

Down five players and coming off a game that dang near broke the Chicago Bulls, the team was ripe for a performance that would’ve been more in line with their earlier struggles. Such was not the case. The team won handily. It’s true that Anthony Davis feasted, but that was evidently by design.

Anytime a guy scores that many points I want to know whose lunch he ate… Did he eat his teammates’ lunch, or the other team’s? Davis pretty clearly got his points because the Celtics locked down just about every other guy on the Pelicans. I’m fine with a 41 point outburst that happens because one guy took dang near 40% of the team’s shots (Davis took 34 of the Pelicans’ 87 shots). If that’s happening, it’s probably happening by design.

With Baynes and Horford both out, it was pretty clear that the team’s weak spot was going to be on the block against Davis. Stevens sent rookie Robert Williams out early to cover Davis, and Williams acquitted himself rather well, blocking a couple shots and generally being enough of a pest that Davis had to work for his points.

But the theme of this dump is patience… And patience was highlighted in a number of ways last night.

Page 2: Where we check in with the hospital Celtics

“I think it’s what’s best for our group, for our team, long term,” said Horford before missing his second straight game with patella tendinitis. “I don’t want to have to keep dealing with this, and the question marks, game after game. I just have to listen to what the training staff and the doctors are telling me. I have to buy into that plan.”

While Celtics coach Brad Stevens said the team “might go slow” with Horford when it comes to the discomfort he’s been dealing with off and on for nearly a month, Horford talked about the injury more in terms of days than weeks.

“Moved a little bit (pregame),” Horford said. “Still not where I need to be. Right away, I could tell. But it is much better than two days ago.

“Hopefully, a couple of more days and we can put this behind us.”

Horford said strength work around the knee and treatments, along with some rest, are the steps he’s taking to try to prevent a recurrence of the injury.

It just wouldn’t be the Celtics without some sort of nagging soft-tissue injury to talk about, and in this case, it’s “patella tendinitis”, which is a fancy way of saying that Horford’s knee hurts. Anytime you see “-itis”, it means something’s swollen, and pretty much anytime there’s swelling it’s because something’s damaged or infected (or, in the case of allergies, your body thinks something is infected). Obviously, the stress of games and practices was interfering with Horford’s recovery process, so the team’s shut him down until the healing process gets farther along.

Finally: We check in with the other hospital Celtics

“I got to Maine in the morning when we had shoot-around,” he said. “I went to the shoot-around. Then I left, got some food, and as I was getting some food (the expecting mother) texted me. So I had to turn around and drive right back here.”