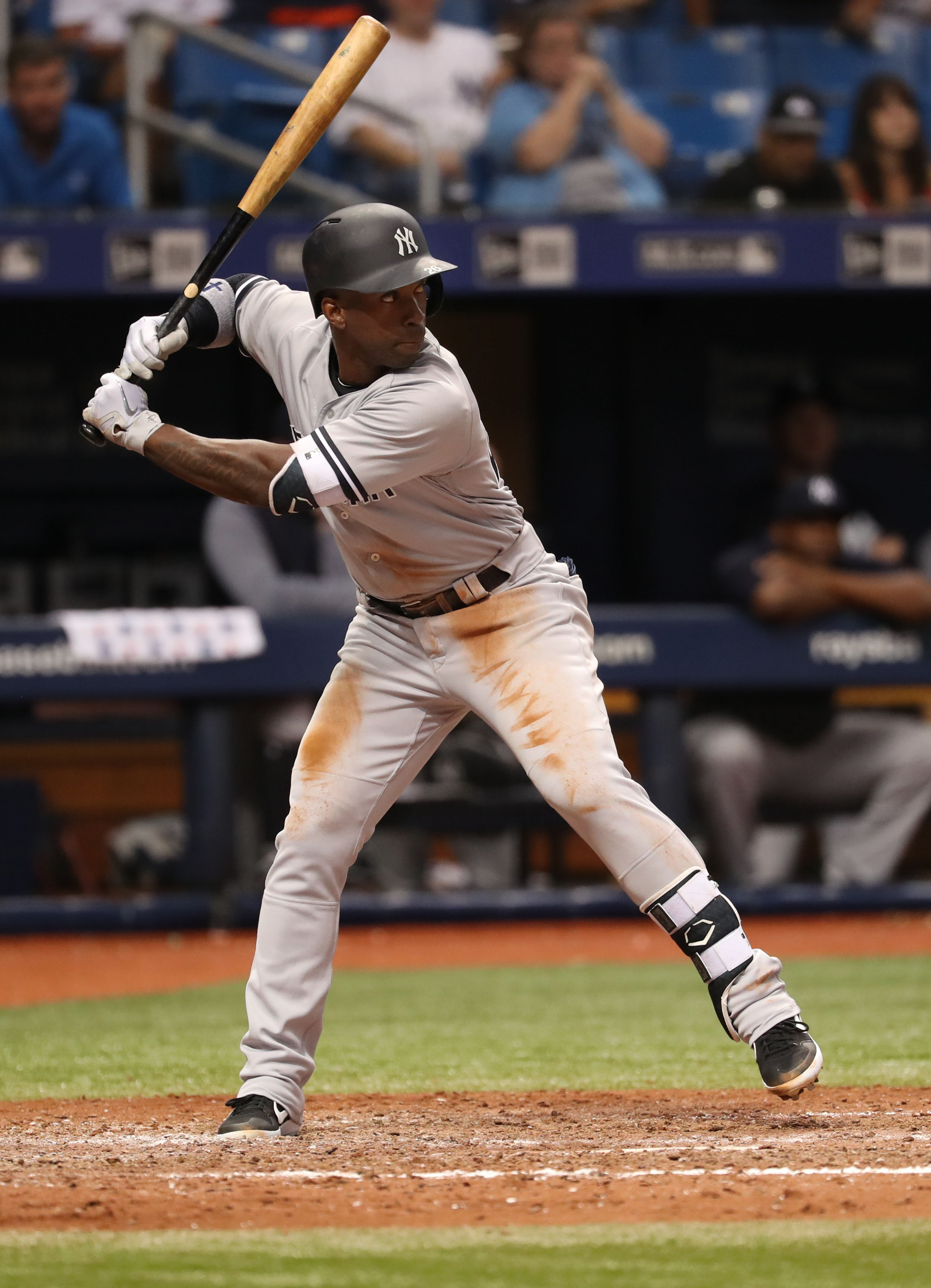 Yesterday afternoon, Andrew McCutchen agreed to a 3 year deal with a club option for around $50 million to join the Phillies. McCutchen may not be the former National league MVP Phillies fans were hoping to sign with the team today, but it is certainly an exciting move nonetheless. 1) McCutchen is a very fun player with many clutch walk-offs in his career, and although that means little in terms of future production, it’s exciting. 2) He represents a huge upgrade in an outfield that badly needed an upgrade.

After dealing away Carlos Santana for Jean Segura, Rhys Hoskins is finally able to move back to his natural position at 1st base. Unfortunately, at the time, that left the Phillies with a big hole in the outfield. Aaron Altherr struggled so much last season that it seems unlikely he makes the Opening Day roster. Roman Quinn wasn’t a top prospect before being called up in the 2nd half of the season in 2018, and has shown to be incredibly injury prone, so if anything he seems more like a backup. Nick Williams still rates out as one of the worst defensive outfielders in the league, and his hitting still raises major concerns (to the point that maybe he should be platooned). Odubel Herrera seems fine but not an All-Star candidate by any means. With only one, if you even consider Herrera one, surefire starter in the outfield, having interest in McCutchen seems obvious.

McCutchen seems in line with the players the Phillies targeted in the 2017 offseason, specifically being similar to the signing of Carlos Santana. He’s played 140+ games in every season in nearly the past decade, similar to Santana. His defense is not going to be very good (although in Santana’s case that came from Hoskins being shifted into the outfield), and his offense is heavily aided by plus plate discipline. The main difference is that there is a clear hole shaped out for McCutchen, but he also might have more concern in terms of declining from age.

The 32-year-old comes with his fair share of concerns. For starters, his defense is below average, if not well below average. He will represent an upgrade over the glove of Hoskins in 2018, and it will help that this leaves the Phillies to shift Nick Williams to LF (assuming he stays in the starting lineup), but ultimately this is not that big of an upgrade. In the past 3 seasons, McCutchen has been worth -26 Outs Above Average according to Statcast. Fangraphs’ Fan Scouting Report has rated his arm strength at under 20 in every season from 2015 to 2017, in other words, atrocious.

Another concern is how quickly he could decline. Of course, he has already taken a major step back from his prime years of 2012 to 2015. Despite his ability to stay healthy throughout his whole career, McCutchen doesn’t look as if he will keep his athleticism late into his career. Although only a minor amount, his sprint speed has fallen from 2016 to 2017, and then again from 2017 to 2018. If this trend continues, he will really have to rely on his bat still being well above average.

Luckily for him, there is big reason to believe his bat can be one of the best on the team, and even bounce back a bit heading into next season. He put together a DRC+ of over 115 with both the Giants and Yankees, and his xwOBA was additionally impressive at .356. He seemingly fits with the ideals of the Phillies front office, considering he is projected to have a 12.4% BB% next season according to Steamers. The most interesting part about his typically consistent performance is that he actually appeared to adjust his approach late last season to the point that there is even more promise for 2019. McCutchen swung the bat with a more Joe Mauer-like approach, by swinging even less in the 2nd half. He even ranked 3rd among all qualified hitters in the 2nd half for lowest O-Swing%, or percentage of pitches outside of the strike zone that was swung at. This led to a BB% over 17% in the 2nd half, which shows McCutchen’s ability to not rely on his athleticism, which will be huge as he gets older.

Ultimately McCutchen is not a splashy signing despite the name value. The contract is not a huge overpay by any means, but his age and reliance on his bat’s ability creates plenty of risk for the later contract years. On the other hand, his bat will slide right into the heart of the lineup for the Phillies and he fills a huge hole they had.