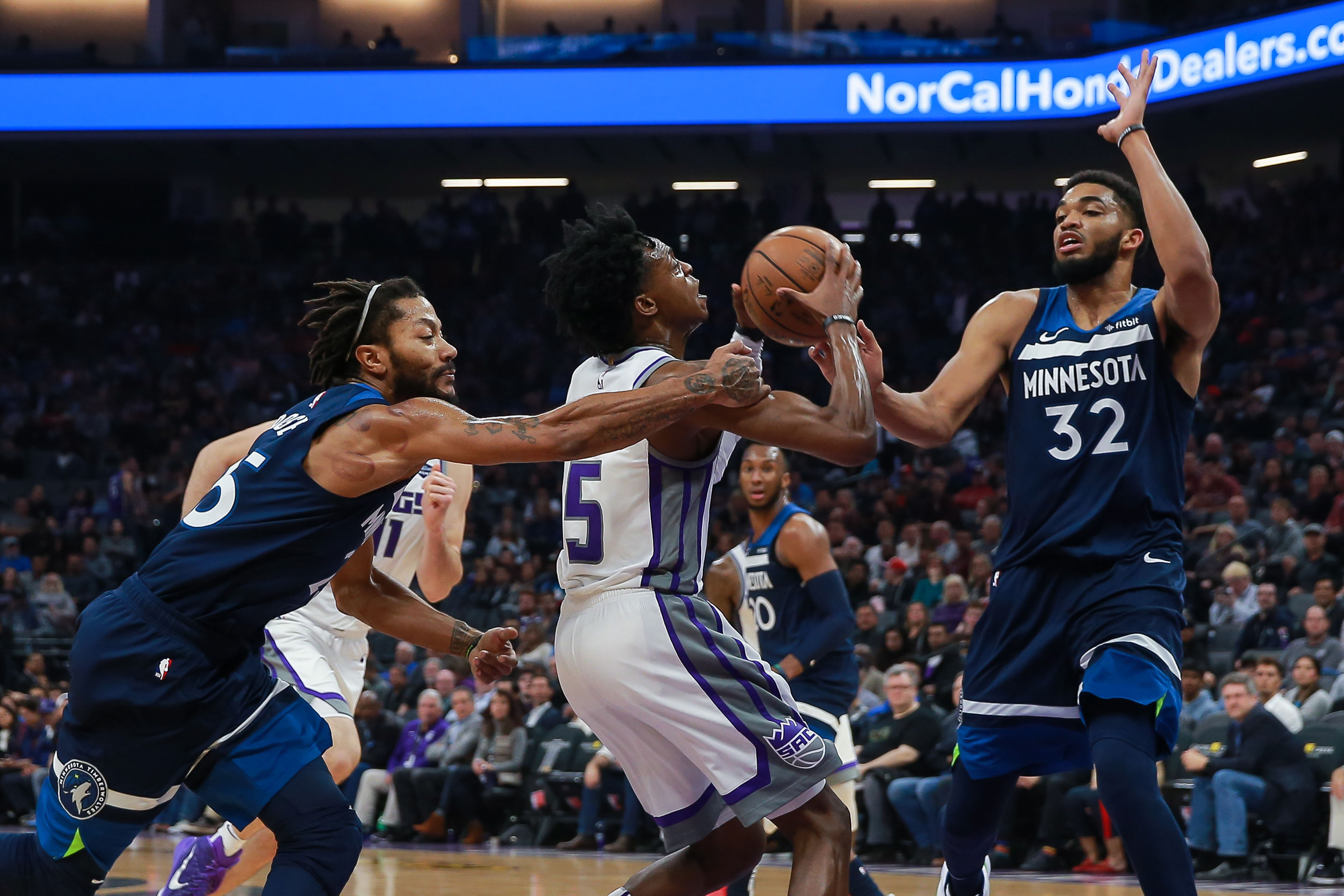 The Timberwolves are in Sacramento for a late-night matchup against the Kings. The game is set to tip at 9 PM CT. The Wolves and Kings have one matchup on the season, a game the Kings won 121-110. In fact, that game was the last game that Jimmy Butler played for Minnesota, as he was traded to Philly the next day. In their first matchup, Karl-Anthony Towns led the way for the Wolves scoring 39 points and grabbing 19 rebounds. For Sacramento, they were led by Willie Cauley-Stein, who recorded 25 points on 11-16 shooting from the field. Fast forward a month, and the Kings and Wolves are still right in the thick of things in the West. Sacramento sits at 14-12, coming off a four-game road trip where they went 3-1. For the Wolves, they currently sit at 13-14, losing their last two games on the road to the Blazers and Warriors. Let’s get into the keys to tonight’s matchup for both teams.

In order to leave Sacramento with a win, the Wolves need to find a way to get Karl-Anthony Towns the ball and contain De’Aaron Fox. Towns dominated in the two team’s first matchup of the season, and Minnesota will need more of that tonight. In order to get KAT going, it would be beneficial for the Wolves to let Towns share the court with Dario Saric more often. In 133 minutes played together this season, the Wolves have outscored opponents by 12.6 points per 100 possessions when KAT and Dario share the floor. Additionally for Minnesota, their defense will have to put the clamps on De’Aaron Fox. While Robert Covington has mostly been matched up against the opposing team’s best player this season, it will likely be Jeff Teague’s responsibility to contain Fox tonight. Jeff Teague isn’t the quickest defender in the NBA, so it will be a challenge that he needs to take on in order to slow down De’Aaron Fox.

The Kings need to continue doing what has been working for them so far this season. The Kings are playing with the second fastest pace in the NBA this season, and it’s been working. The Kings need to continue to run and play fast against a Wolves team that has been improving on the defensive side of the ball. Additionally, the Kings need to stop Towns. Since the Jimmy Butler trade, the Wolves have been running their offense through the big fella. For the Kings, they will need to attack Towns with a fierce double-team that makes it hard for Towns to get in a rhythm.

While the Kings got the best of Minnesota earlier in the season, I think Minnesota ends their short two-game losing streak tonight in Sacramento. I think the Kings will have a hard time containing Towns, which will lead to a 30-10 performance from KAT. In the end, I forsee the Wolves coming out on top 112-105.