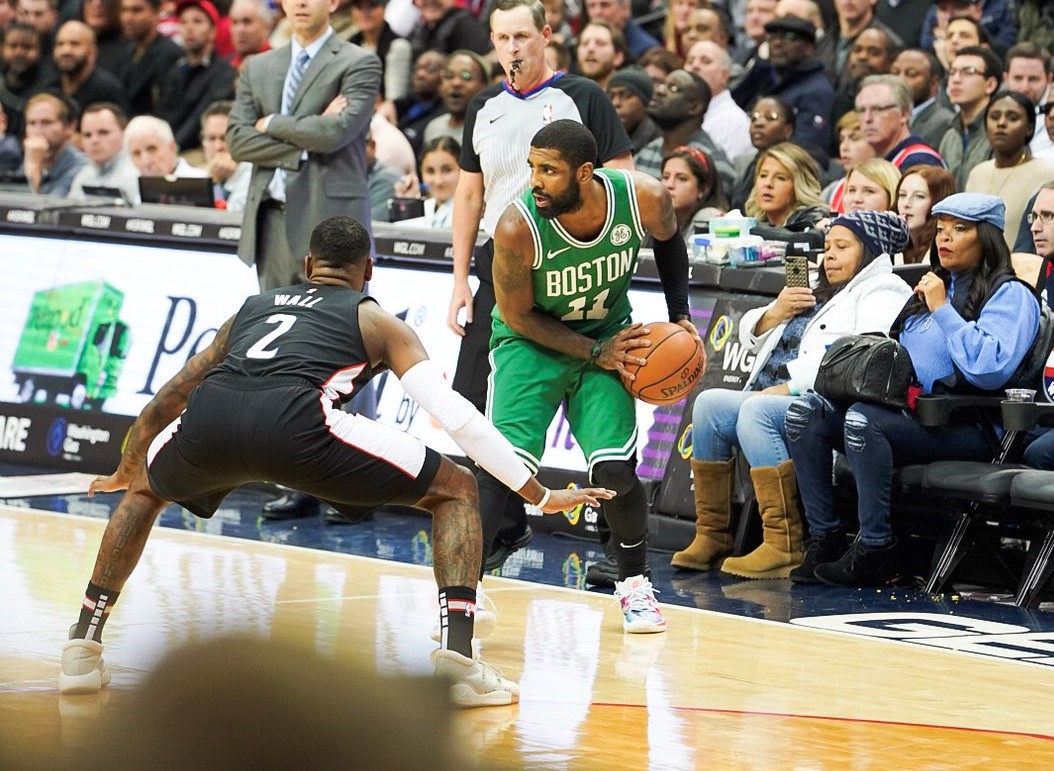 WASHINGTON, DC – The Boston Celtics won a hard fought battle in the nation’s capital improving to 17-10 on the season Wednesday night. With the loss the Wizards fell to 11-17. Kyrie Irving led all players in scoring, dropping 38 points to go along with 7 assist, and 3 rebounds in 40 minutes of action.

Kyrie Irving’s pair of 3-pointers in the final 40 seconds of overtime – the first from in front of his team’s bench; the second from straightaway, 31 feet out – were ”amazing”, according to Head Coach Brad Stevens.

To the man contesting both of those key shots, Washington Wizards point guard John Wall, they were ”incredible.”

To Irving himself? He was a lot more matter-of-fact, saying: ”I was just trying to win the game.”

The Wizards led 123-122 when Irving made a 3 with 38.6 seconds to go. After Wall tied it at 125, Irving hit another shot from beyond the arc that gave Boston the lead for good, because Beal (22 points; zero in OT) and Wall then each missed a 3.

This sure was a close one: There were nine ties and 18 lead changes. Neither club was ahead by more than three points over the final 10 minutes of regulation. Up 113-110, Boston opted to foul Beal on purpose with 13 seconds left, but that backfired, because after he made the first free throw, he missed the second – but grabbed the rebound and put it in for the tie.

Irving blew by Beal at the other end but missed a layup right before the buzzer, sending the game to an extra period.

And then Irving really took over – later giving away his signature shoes to this young lucky fella.