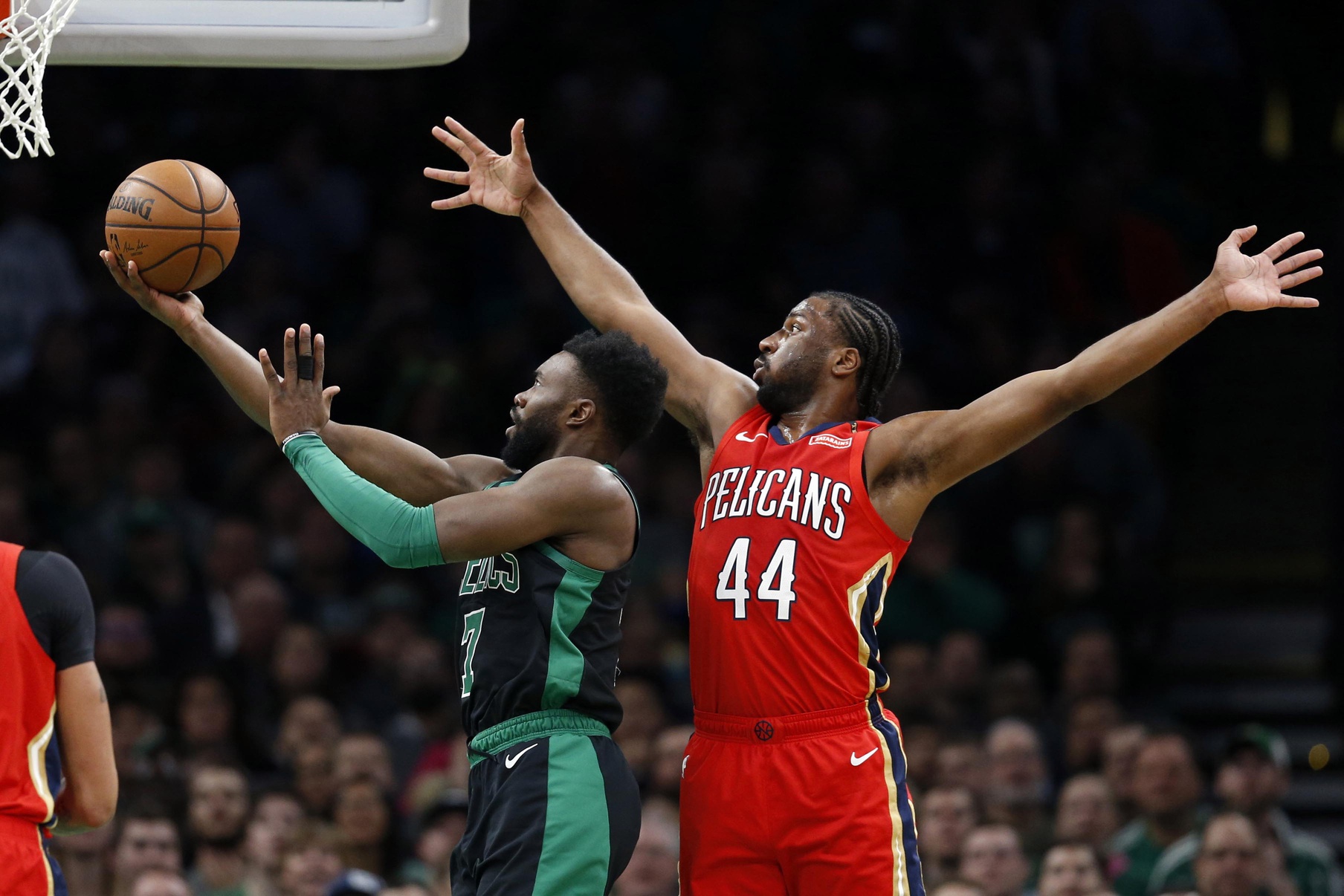 “Say something! Participate with us! Are you with us?”

Jackie MacMullan is the only writer not affiliated with this site that I’ve ever plugged on here, and I’m going to do it again. Her new feature on Jaylen Brown is incredible and you should check it out once you’re done here. From the same article:

“I think in 18 years in professional sports, I had the role I really wanted maybe five out of those 18 years,” Ainge says. “But you have to make the best out of what you have.

Underperforming for any span of time in Boston means you get thrown in a blender, the blender gets thrown in the trade machine, and the trade machine gets thrown into Twitter. If an athlete loses their spark, the talking heads assume the very worst. Jaylen Brown was dull as a brick to start the season but has found a nice groove coming off the bench since returning from injury.

More important than Brown’s new role is the time he spent reflecting on his play as he recovered from an injury. Since returning, Brown has routinely attacked the basket and even made some free throws along the way. His overall offense has been better across the board, which has stalled out the hot-takes machine that powers Boston’s mainstream media.

What we may never agree on is the proper time to suggest trading a player (hint: the answer is almost never, and shouldn’t solely be determined by how well they’ve played in the past week). When Brown, for example, is slumping, people call for a trade to fix that problem immediately, yet don’t seem to acknowledge that selling low on a player is sure to bring back a poor return. When Brown is surging, a different section of the internet mob calls for a trade while his “value is still high”, failing to recognize that a player’s value isn’t dictated by their previous week of play.

Stop acting like Jaylen Brown is Carmelo Anthony. There’s no pressing need to get rid of him, and the Celtics have all the reasons in the world to keep a cost-controlled, elite talent who’s only getting better.

Nothing ever seems forced with Morris. His offense has blended with the flow of the Celtics offense. Boston desperately needs fearless and unafraid scorers, and Morris generally never shoots shots that are not in his strength, such as the 3-pointer or midrange.

He is the primary reason the Celtics have won six consecutive games, when he has averaged 17.2 points on 51.4 percent from the field. This may be his final season in Boston, but he is proving he deserves a lucrative, career-defining contract this summer.

“Nothing ever seems forced” is an understatement. I went to the Celtics/Bucks game a few weeks back and my friend and I couldn’t help but laugh at how casual Morris looks when he shoots in contrast with how excited he is when the ball goes in. Each time he catches the ball you can see a moment of contemplation in his body language even though his attempt to shoot might as well be a foregone conclusion. His step-back three over Anthony Davis on Monday is the perfect example of this, where I feel like I can just hear him thinking: “What else would I do? Not shoot the ball?”

Morris has ruined my campaign to get him recognized as a legitimate Sixth Man of the Year candidate, as putting a team on your back as a starter is a pretty clear disqualification. With some home games coming up, I wouldn’t be surprised to hear MVP chants in the near future. (Not that there should be MVP chants. I’m just saying, there will be MVP chants if this keeps up.)

MassLive: It’s easy to see why Boston covets Pelican big man and why he’d want to be traded