Adam Jones: Good For America, Good For Baseball ... Good For the Mets? 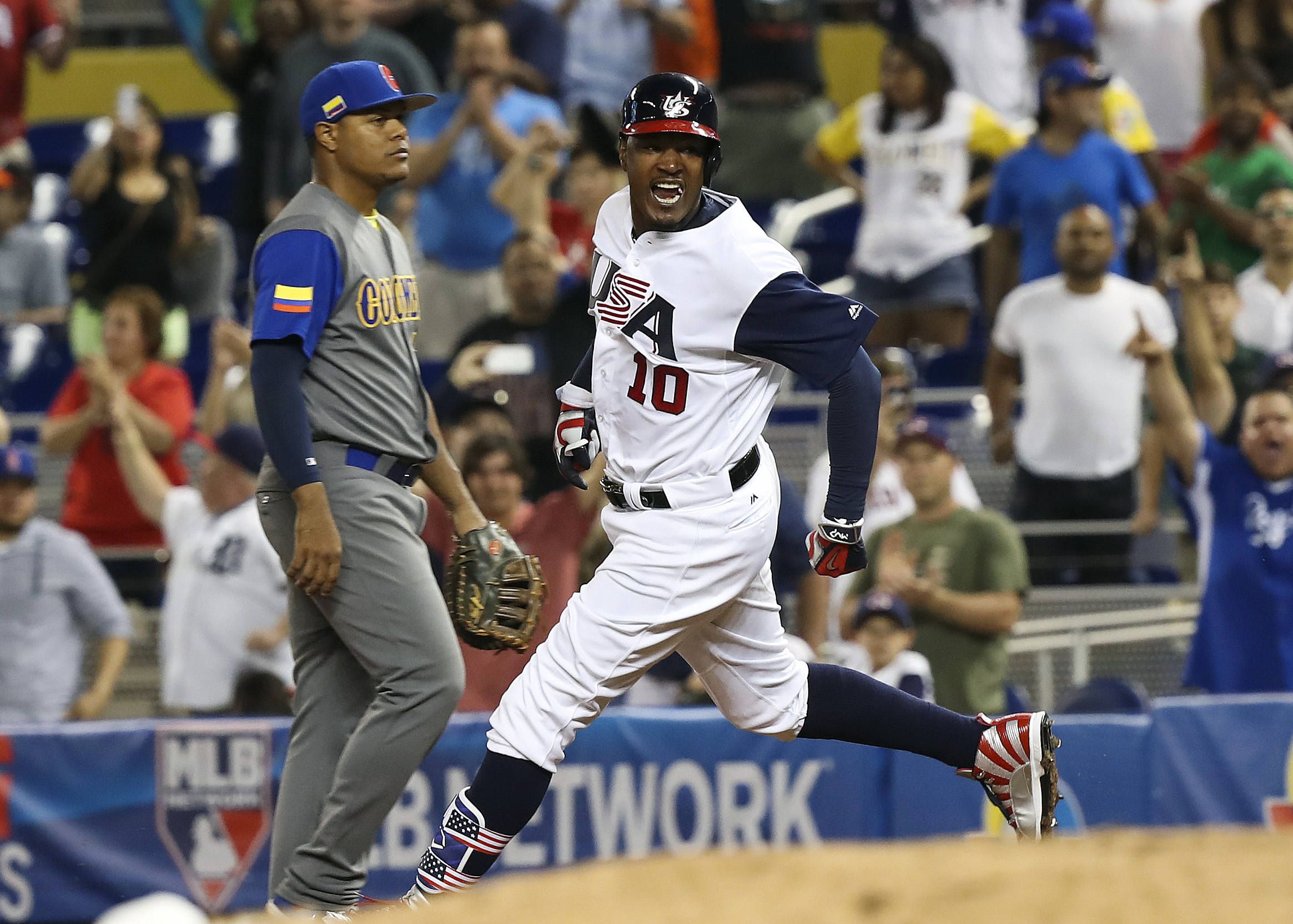 Adam Jones: Good For America, Good For Baseball ... Good For the Mets?

Adam Jones reached a career pinnacle in early 2017 when he led Team USA to the World Baseball Classic championship with bat and glove. Now there’s a chance that he could join a team that has more often than not been the Guantanamo Bay of Baseball: The New York Mets.

Don’t discount it: The Mets and Jones have talked indirectly:

Count Adam Jones among the right-handed outfielders the Mets have checked in on. Jones, a five-time All-Star, attended the Winter Meetings, but the Mets didn't talk to him in person. Now 33 years old, Jones has been durable, averaging 645 PAs over the past nine seasons.

I’m so torn on this. He scares the bejesus out of me. His production fell off in 2018, most notably his slugging, after consistently hovering around 25/80 for years. An Adam Jones signing would also drip of “clubhouse influence” and “good in the room” which I don’t think should ever be a primary reason to sign somebody. (Cough, Frazier, Cough).

But Jones is a righty bat which the Mets need, and he stays healthy which is an advantage over candidates like A.J. Pollock and incumbents like Juan Lagares. Would he immediately acquire SARS when he puts on the Mets uniform? Who knows.

The one thing I wonder about Jones, and it might not be fair, is what is Jones looking for from his next baseball chapter? Will there be a next baseball chapter? Jones nixed a trade to a then contending Phillies team to stay in Baltimore to be near his family. I would think that would be a consideration for Jones for his next contract. Does this mean it’s Beltway Area or bust for Jones? Does it mean retirement? These questions aren’t to judge … Jones has every right to do what he wants to do. But past the questions about Jones or Pollock, I wonder what Jones himself wants next, and how the Mets fit in to that.

But if the Mets stay away, it’ll ultimately have everything to do with production rather than personal, which is how it should be. But it’s an intriguing conversation as to what’s next for the Mets as they try to escape baseball purgatory all in one winter.