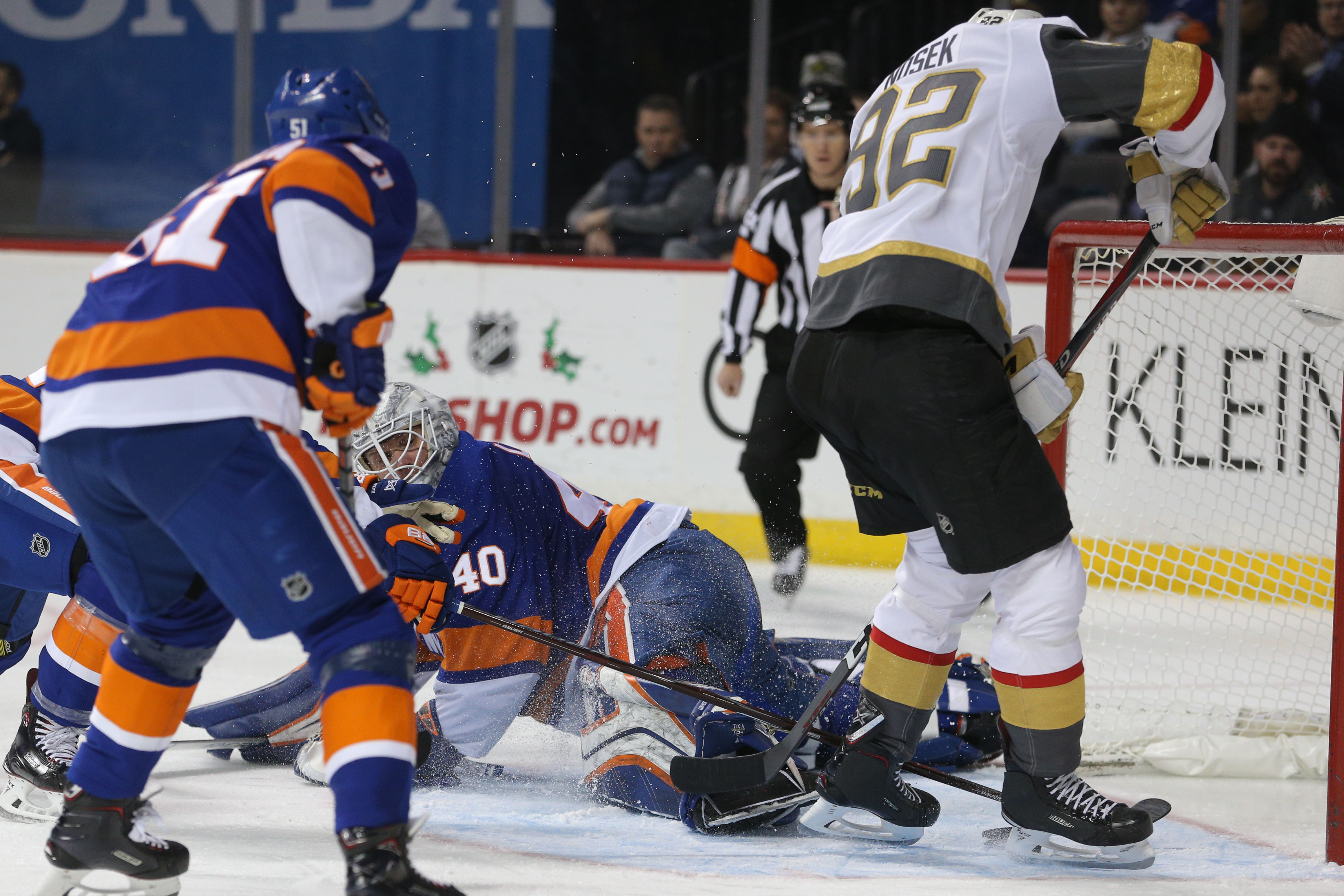 NEW YORK — It was right around this time last year when the wheels started to come off for the Islanders. The offense — which had been one of the highest scoring in the league — dried up and the loss began to pile up.

Fast forward to this season where things have started to take a familiar turn. The Islanders loss on Wednesday night was just the latest game that New York let slip away over their last eight games, a stretch that has seen them post a 2-4-2 record.

“It’s one of those things,” Anders Lee said. “We have to stay positive. Get back to work in the morning and be ready for Saturday.”

Still, it is these times that the true character of a team comes to light. Will the Islanders rise to the occasion and dig themselves out of their slump or will the frustration continue to simmer as their struggles continue.

The bump in the road hasn’t hindered the Islanders as much in the standings as it could have over the eight-game stretch. They remain in third place in the Metropolitan Division and points from shootout losses to Boston and Pittsburgh have helped the Islanders cause as well.

But Pittsburgh, which has gone 5-3-2 in their last 10 games and also has 32 points in the standings, remains right on the Islanders heels. Detroit is also right there with 32 points and Carolina is only two points back from the Islanders.

“You don’t find a whole heck of a lot out when things are going really, really well,” Islanders coach Barry Trotz said Wednesday night. “But you find out a lot when they’re not going the way you want. Probably these last 10 games we’ve played probably nine pretty decent ones against some good opponents and we’ve come up a little bit short. You get tested every night what’s going to allow you to win.”

The biggest deficiency for the Islanders has been the team’s power play, which has not scored since November 15 against the New York Rangers. There was just one power-play chance for the Islanders on Wednesday night against Vegas, but it was another opportunity that they missed taking advantage of.

And it was an unforced error and miscommunication that cost them again.

“For the margin of error is small and a lot of those errors have been on us,” Trotz said. “I mean individual plays, unforced error type things that we were playing a pretty solid game, but we’re in a results-driven league. When you don’t get the results you find out that’s when you have to come together.

“That’s when everybody gets on the rope and pulls the same way. You find out if hands start coming off the rope.”

Before Monday’s game against the Pittsburgh Penguins, the Islanders talked about how their win last Saturday could be a turning point for the season. A game they looked back on and pinpointed as the moment the ship got back on course.

They dropped their next two games, but there’s still time for that win to take place. But, it needs to come sooner rather than later.

“You battle through it,” Lee said. “It’s what makes teams good. Having that character. Being able to face that adversity and come back from a loss or two. Someone filling in the shoes on an injury. Anything like that we stick together, that’s all that matters right now.