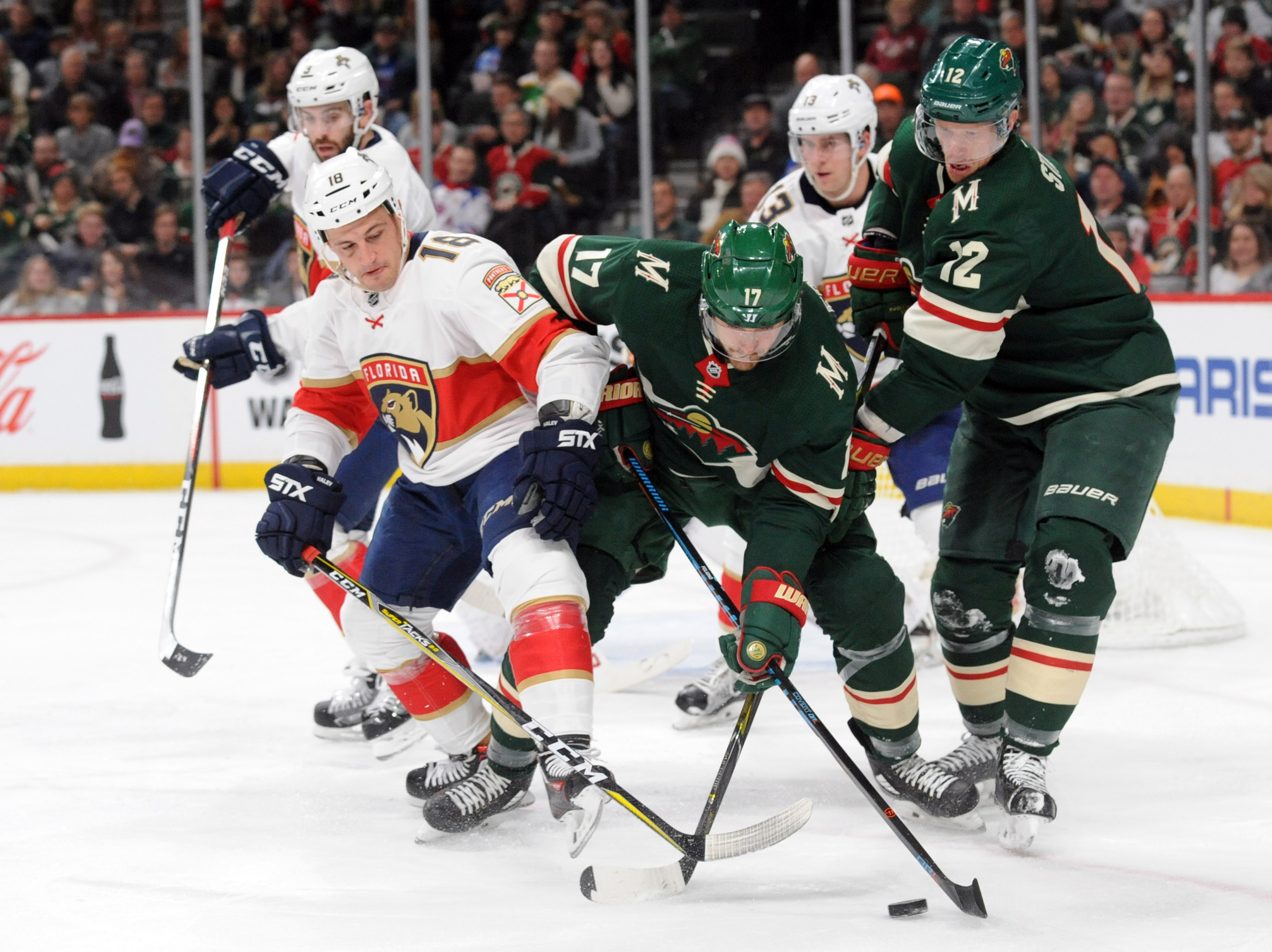 There are few things that the vast majority of sports fans can agree on. It doesn’t matter the sport. Or the level of the sport. Or the team. It that’s officials are generally disliked. We’ve seen it all. Phantom calls. Missed calls. Unequal calls. When it comes to the Minnesota Wild, we’ve seen some bang-up calls over the year. I think the first real missed call that I remember in regards to the Minnesota Wild was the cross-check to the throat that Wes Walz received from Keith Tkachuk in season one or two. Of course there was the time in season one when then head coach Jacques Lemaire was fined by the league for publicly complaining about the officiating in a game against Mario Lemieux, I mean the Pittsburgh Penguins. Lemaire also had his run ins with then young, now veteran referee Brad Meier. For Wild fans, it seems like games where Meier is in the stripes can easily be brutal. Another referee where you pretty much can throw your hands up in the air when you find out he’s officiating is Tim Peel. And it’s not just Wild fans who feel that way. From what I’ve seen on Twitter and on various message boards over the years, Peel is one of those officials that fans almost universally dislike.

So let’s go back to Tuesday night. The Florida Panthers are on a two-game Central Division road trip. On Tuesday, they were in Saint Louis. The Blues are having the kind of season, they probably would love to forget. So, when it appeared that Robert Bortuzzo scored after nothing more than a dump in, they weren’t about to argue. However, the problem is shown in the following video (if you haven’t seen it yet).

As you can see, on the dump in, Bortuzzo’s “shot” hits Peel in the groin area. The puck then somehow bounces off of Peel’s midsection, and manages to sneak in past Roberto Luongo. While Bortuzzo and the Blues are celebrating what they believed opened the scoring for the night, the Panthers were immediately on top of the officials saying “no goal.” And as you can hear from the SportsNet broadcasters, they were saying that a goal is not a goal when it rebounds off of an official. Then from the NHL’s situation room, we find out that that rule in NHL Rule 78.5, that apparent goals shall be disallowed when the puck has deflected directly into the net off of an official.” Now all juvenile jokes aside of Peel’s goal scoring prowess, one has to admit, that goal was some amazing physics. Heck, it reminds me of that classic Seinfeld episode with Keith Hernandez:

When goals get waived, one of two things happen. Either it demoralizes the team that got the goal called back or it energizes them. It did seem to be a bit of a back and forth as far as scoring, Florida (officially) scoring first then the Blues’ David Perron scoring two goals to tie and then take the lead. Then Florida took the lead back after two goals in the middle of the third period. Saint Louis finally took the final lead of the game with about four minutes remaining in regulation.

So now, Florida makes its way into Saint Paul with a bit of a demoralizing loss of their own. In their past ten games, they’re an uninspiring 3-4-3. As a Wild fan, I can’t exactly tout this, or the fact that the Panthers are sitting in last place in the Atlantic Division for reason why this will be an easy game for Minnesota. The Wild’s last ten games “boasts” a 4-6-0 record. While the Panthers have lost more games in those ten games, because they’ve gone to overtime or the shootout, they have earned one more point. Minnesota’s losses have been tough ones to swallow, because most of them, it’s been a lost team on the ice. Lack of communication, lack of energy, and poor decisions have created the Wild’s current miasma. Now don’t get me wrong, I enjoyed the 7-1 against Montreal. Heck, any time the Wild scores more than three goals in a game, is usually a reason for celebration of some sort. Now mind you, it was Antti Niemi that the Wild lit up like a Christmas tree and not Carey Price, but they’ve done that in recent seasons as well. Hopefully the Wild can make something of that offensive outpouring and take it to Florida as well.

Again, like many of the teams the Wild have faced recently, the Florida Panthers are the tale of two teams. By this, I mean they have no problem scoring goals. In the Panthers top five scorers, if they’re not scoring goals of their own, they’re setting up other players in that top five. But here’s what has them sitting in the bottom portion of the NHL (although, if you want a smile on your face, check out who is sitting in last place in the league). Florida’s problem is that they can’t stop their opposition from scoring. Great goals per game and great power play don’t mean anything, when you can’t stop the other side of the proverbial coin. Add to that picture that both Luongo and James Reimer are allowing more than three goals a game, it makes for a winnable game for the Wild. Not only is it a winnable game, but I would say it is a must win. After that losing streak, they need to generate a series of wins of their own. Now they don’t need to be blowouts. Heck, I’m content winning by one goal. But the point it, is that the wins need to happen. The closer we get to Christmas the more important it is to turn around the dreaded December Slump.

It’s highly doubtful that we’ll see Tim Peel on the ice tonight, because it seemed that Bortuzzo’s dump in caused quite a bit of pain. At least we know if he again manages to “score” a goal in a game, it will be waived off and he can’t screw the Wild in that instance.