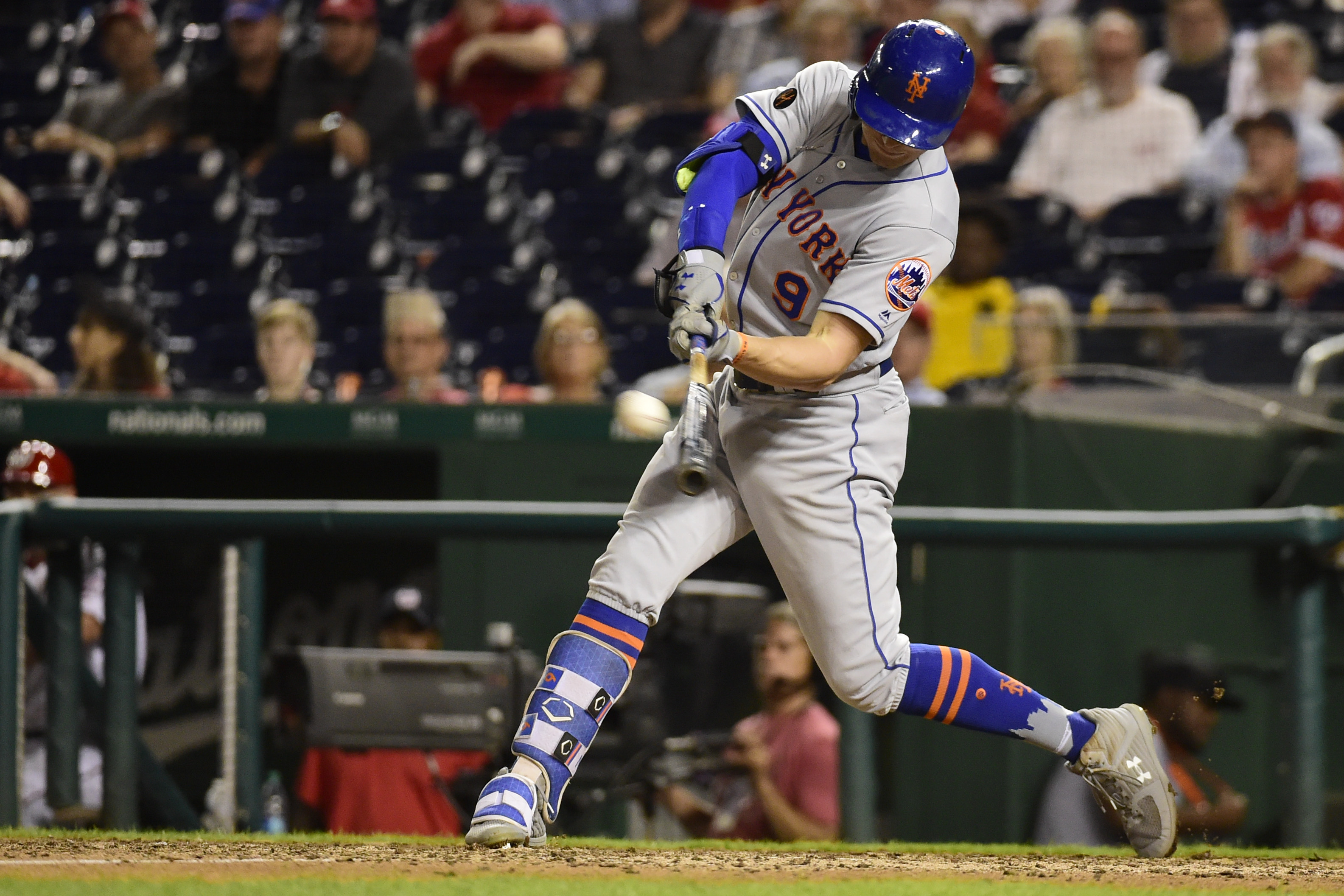 The New York Mets may be leaving Las Vegas with Jeurys Familia and four new minor leaguers, but they didn’t land the big fish they were going for. Miami Marlins’ catcher J.T. Realmuto has been the apple of GM Brodie Van Wagenen’s eye for a while, and despite the odds being stacked against it no deal was completed at the Winter Meetings. That hasn’t deterred the Mets, who are still exploring multiple scenarios to try and end up with Realmuto. Ken Rosenthal of The Athletic notes that the Mets are exploring multiple three team trade scenarios, including one with the San Diego Padres that would send Noah Syndergaard out west and Realmuto (along with other pieces) to Queens. The Mets are also exploring direct trades with the Marlins for Realmuto, including this scenario laid out by Newsday’s Tim Healey.

In Mets' continued pursuit of J.T. Realmuto, talks revolve around Michael Conforto/Brandon Nimmo over Amed Rosario, source says. One of those guys - not multiple - would the centerpiece.

Among the NYM prospects MIA has been keen on: Andres Gimenez, Ronny Mauricio, Mark Vientos.

This scenario is certainly more interesting, and it is of note that the Mets would hold onto Amed Rosario in this plan. The Marlins have wanted Nimmo or Conforto for a while now, and it would make more sense to include Nimmo in this trade if the Mets are hellbent on getting Realmuto. Conforto has demonstrated All Star form in 2017 and recaptured it towards the end of 2018, making a move to part with him counterproductive. Nimmo showed off a ton of potential in 2018, compiling an .886 OPS in his age 25 season, but it is fair to question whether or not he can be a starting outfielder on a contending team. The Mets were definitely worried about Nimmo’s struggles against lefties as he only batted .234 with three homers and nine RBI’s in 128 at bats against them. Conforto fared better against southpaws, batting .249 with 10 homers and 28 RBI’s in 169 at bats.

There is certainly a chance that Nimmo could blossom into a star, but it may be worth parting with him instead of Conforto or Rosario to land a star catcher like Realmuto. The Mets would then need to supplement Nimmo with prospects, with Healey citing the Marlins’ interest in Andres Gimenez, Ronny Mauricio, and Mark Vientos. Gimenez is the Mets’ top prospect and should be big league ready by 2020, while the other two wouldn’t be big league factors until at least 2022 or 2023. The Marlins would probably want a stop gap catcher in the deal as well, so the Mets would likely send back either Travis d’Arnaud or Kevin Plawecki to satisfy that request.

In the end, the teams could be looking at a basic framework of Nimmo, Plawecki, Gimenez, and one more minor leaguer for Realmuto. That is a steep price to pay for a catcher, but it is a lot better than parting with Conforto, Rosario, or Syndergaard. The Mets could also be willing to part with an outfielder due to their belief in Jeff McNeil’s ability to play all over the diamond, including the corner outfield positions. If Nimmo is dealt in this trade, McNeil could get a lot of playing time in right field, helping to fill that gap. The Mets would also have their starting catcher in house, freeing up the money to sign A.J. Pollock to start in center field. Juan Lagares would then be the Mets’ fourth outfielder and could enter late for defense while drawing some starts against left handed pitching. The Mets’ lineup could be something like this:

This is a deep lineup with versatility and it could get strengthened even further if Yoenis Cespedes comes back in July. If that happens, and Cespedes becomes the “ultimate trade deadline acquisition” Van Wagenen mentioned on WFAN last week, McNeil would then shift into the Ben Zobrist super sub role down the stretch. The Mets would have a more dynamic and complete offense as well, and they could use their remaining dollars on a lefty for the bullpen (like Tony Sipp or Xavier Cedeno) along with depth for the infield and starting rotation.

This would be a creative approach to roster building and give the Mets a much different look than the one they’ve had for the past few years. It would also make the most of Van Wagenen’s budget, which even with an increase isn’t going to exceed $175 million. The Mets won’t be able to upgrade at catcher and in the outfield with quality pieces by just signing free agents, which would explain why Van Wagenen is working so hard to try and get Realmuto.

Would you part with Brandon Nimmo or Michael Conforto in a deal to obtain J.T. Realmuto? Let us know what you think with a comment!