Winter Meetings Come to a Quiet End for the Braves 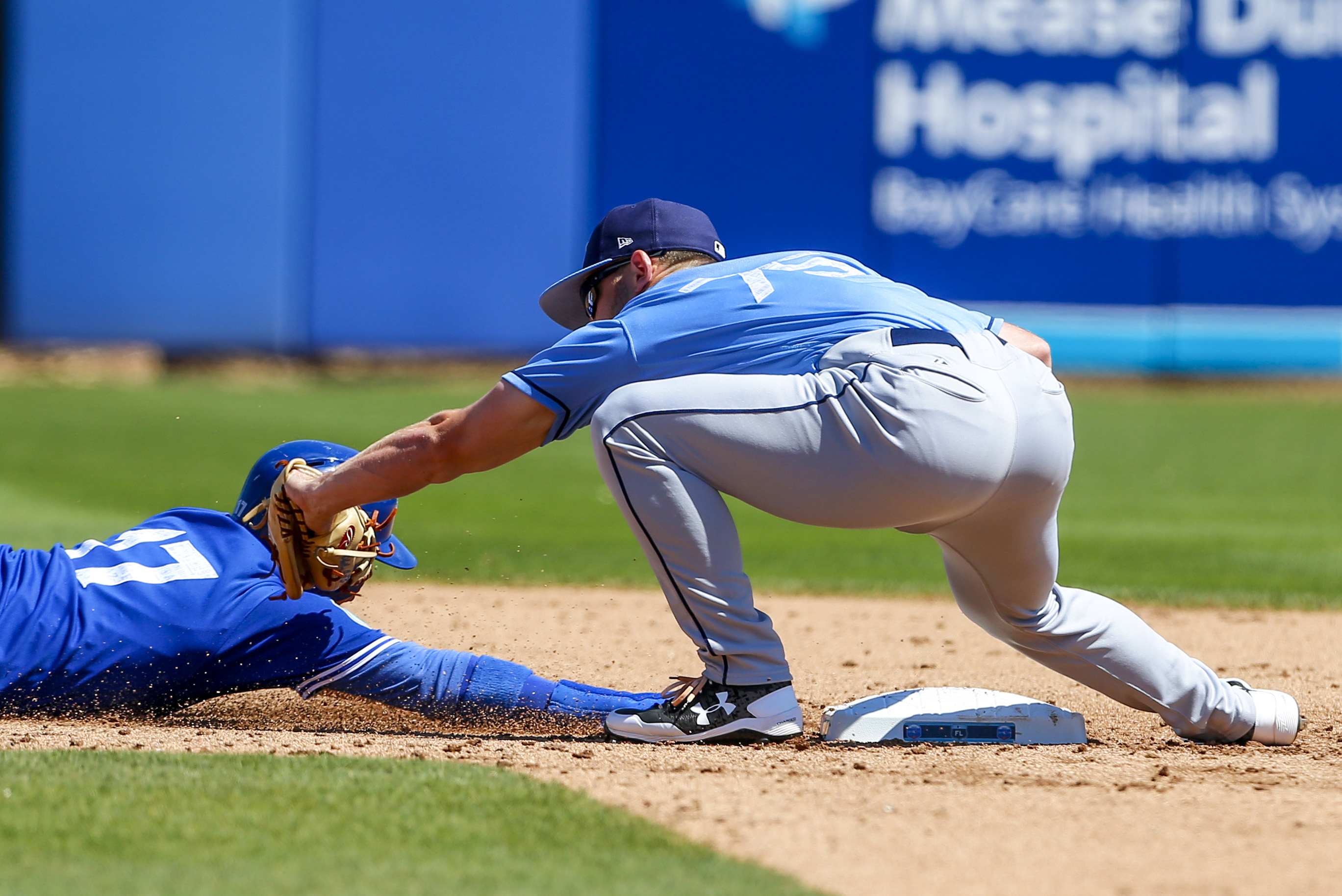 Winter Meetings Come to a Quiet End for the Braves

The 2018 winter meetings went about the way many of us expected – lots of rumors and not much else. The Braves had already been proactive in adding Josh Donaldson and Brian McCann earlier in the offseason and, with a slow-moving free agency, the Braves are in a holding pattern waiting for both the asking prices of free agents and teams to come down as the 2019 season inches closer.

The winter meetings closed with a fun little event for the baseball nerds on Twitter – the Rule 5 draft. Atlanta already protected many of their top quality prospects that would have been available and made a little news by opening a spot on the roster by waiving Rio Ruiz earlier in the week. Ultimately, the player or players the Braves wanted – if any – were picked before Atlanta’s spot came up and they chose to not make a selection for the first time since 2013. Meanwhile, the Braves didn’t lose a single player.

Originally picked in the 8th round back in 2011 by the Pirates, Creasy was a slow riser for Pittsburgh. A starter for much of his first four full seasons, he displayed tremendous control and not much else. At times, the results looked great (2.74 ERA in 2013). Other times, it was more mediocre (4.41 ERA in 2015 at Double-A. And then, the injuries started to crop up. The Pirates cut Creasy after he failed to impress coming out of spring training in 2017.

Creasy kept hope alive in independent ball, pitching first for St. Paul in 2017 and then with Long Island and Southern Maryland last year. With Southern Maryland, he started to put things together as a reliever under pitching coach/manager James Frisbie. In 44 games, Creasy struck out 50 in 36.2 innings with just five unintentional walks. Only eight runs were charged to Creasy while he yielded just one homer. His success with the Blue Crabs landed him a job to finish the year in the California League as a member of the Visalia Rawhide. The Diamondbacks club used Creasy a half-dozen times. He was hit harder than in the Atlantic League, but did strikeout 10 in 6.2 innings.

What to expect out of Creasy? Well, he has a low 90’s heater with decent stuff and can reach the mid-90’s in shorter bursts out of the pen. A few years ago, he moved from a more traditional curveball to a slurvy/slider option. It helped his strikeout total, but controlling it has been a problem and the injuries haven’t helped. If he can build on his success with Southern Maryland – albeit at a much more competitive level – Creasy could be a nice find as a stable relief presence in the pen. He’s a longshot to develop into a major league option right now.

I wrote “formerly of Cincinnati,” but you can add the Yankees and Padres to the list as De Paula has been kicked around a bit since his 2012 debut. In fact, he likely crossed paths with Gordon Blakely, the former Yankees international scouting guru who was involved in the scandal that gave John Coppolella his lifetime ban. But even before that, De Paula was expected to land a seven figure deal as an international prospect before we found out he was actually a few years older.

An intriguing prospect back in 2014 when he was included in the the deal to get the Padres’ Chase Headley, De Paula has long flashed a good arm capable of big strikeout totals. His problem ultimately came down to the rest of his game. He is prone to control issues along with being vulnerable to the home-run ball. It’s part of why he’s struggled to stick at Triple-A, throwing a total of 29 games at the level over the last three years. If he can limit the walks and keep the ball in the yard, De Paula could still have a career in the majors. But at nearly 28, expecting such progression at this point seems far-fetched.

De Paula has been a full-time reliever since getting out of A-Ball after 2015. De Paula brings mid-90’s heat on his best days and is comfortably in the 92-94 mph range. He flashes a solid change-up to boot. The problem is that his curveball, once expected to be his ticket to the majors, has never been better than average and it’s rarely been that good. It’ll be up to the Braves pitching coaches to see if they can help him find it better than the pitching coaches that came before.

2B Riley Unroe (formerly of Los Angeles of Anaheim)

This is the second straight year Unroe shifted franchises in the minor league portion of the Rule 5. Last year, the former second rounder by the Rays was picked by the Angels and he spent most of the 2018 season in Double-A, hitting .226 with a .329 OBP and very little power. That is essentially Unroe’s game as he’s a career .230/.326/.312 hitter. At the plate, he hits the ball into the ground a lot and tries to find a hole – an incredibly difficult think to do in this age of shifting.

A good athlete, Unroe’s main value to any team comes as a defender. He can play all over, but primarily has stuck to second base and he’s pretty good at it. He can shift over to shortstop and while his arm isn’t “great,” it’s good enough. Overall, he’s just a guy who, more times than not, catches the ball and does not do much else. With the Braves thin up the middle in the higher levels of the minors – hence recent signings of Pedro Florimon and Andres Blanco – Unroe has a good shot to stick as a glove-first player.

The winter meetings were fairly slow, but a few potential Braves’ targets did find new homes with Andrew McCutchen heading to Philly while Charlie Morton signed in Tampa Bay. A third, J.A. Happ, elected to remain with the Yankees. Relievers also started to come off the board as Jeurys Familia returned to the Mets and Joe Kelly left Boston for the Dodgers. Yet, scores of productive free agents remain and many trade targets are considered available.

Atlanta will likely continue to stress patience. As I mentioned recently, the Braves are likely restricting themselves to deals where they focus on short-term over giving away three-and-four years. Just because they liked McCutchen doesn’t mean they would promise a third year to him after all.

This might lead to a fairly boring final few weeks of 2018 as the Braves wait for players and teams to come down on their demands. Atlanta, however, is unlikely to be finished. They still want a starter, a high-leverage reliever, and an outfielder. The smart money is on them at least getting two of those. In the end, when the tight-lipped Alex Anthopoulos wants us to know, we’ll know.