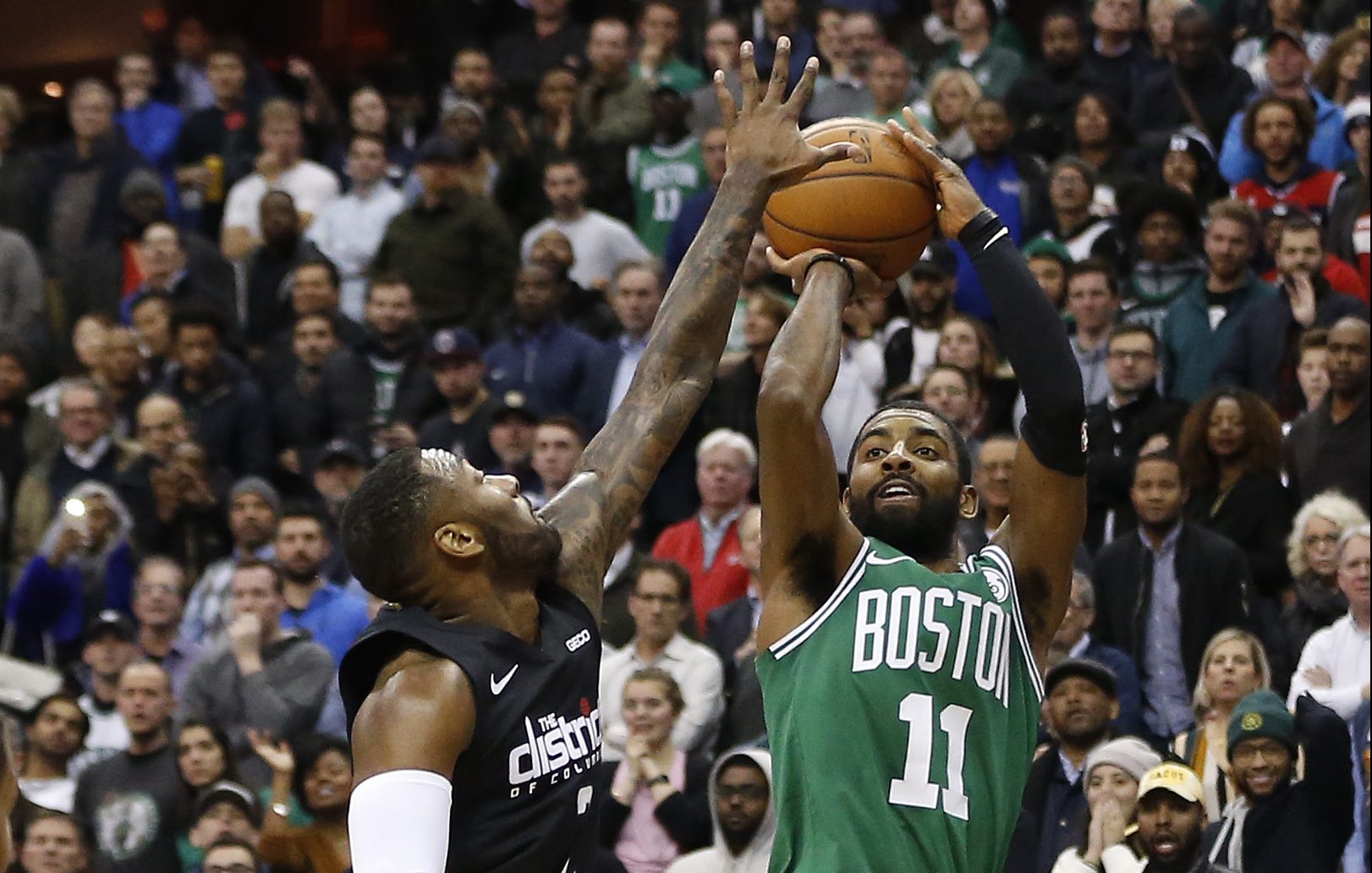 Since their epic battles from the 2015-16 season, most memorably in a 7-game playoff series, the Washington Wizards and Boston Celtics have always come together for entertaining basketball. The cast of characters slowly change for Boston, but the exciting games remain. In their first matchup of the season, the Wizards took the early lead only to give it up before a late run and improbable three-point play forced an extra five minutes of play. Heroics from the Celtics’ point guard allowed the road team to escape with a victory meaning Washington is now on a three-game losing streak.

The argument between which of these two All-Star point guards was the better player was a fiery debate among sports fans a year or two ago. Unfortunately for Washington, Wall has been trending down since then because of multiple injuries and a sense of apathy on the defensive end of the court that once might have given him the edge. The matchup between the two elite players did not disappoint for the “sellout” crowd in D.C. on Wednesday. Wall finished with a very respectable 34 points on 14-of-26 shooting, 13 assists, and six rebounds in 41 minutes of play, while Irving had 38 points on 12-of-28 shooting and seven assists in 40 minutes of game action. The key though was a couple of clutch three-pointers from the Duke product who had 12 points in overtime, as many as Washington as a team.

Both of Irving’s late three-pointers were against Wall, but I do not put too much of that on him: the first Irving made with Wall right in his face and the second was a 31-footer where Wall was probably giving a little bit of space given how quickly Irving could have attacked the paint. Credit Wall for aggressively attacking the hole late to the tune of 19 points in the fourth quarter and overtime, but too often he was easily beat on defense off the dribble or lackadaisically getting back in transition. Whether it is because of a degrading body from so many injuries over his career (multiple knee surgeries, thigh contusion, bone spurs in his heel, etc.) or other things going on in his personal life, Wall’s play on defense is tarnishing the brilliance he can put on display offensively.

Here are Kyrie Irving's back to back threes that helped the Celtics get the win in OT (@AAANe_MAnews) #AAANortheast pic.twitter.com/w1DjljDVlu

Entering the second half up 55-46 was exactly what the Wizards needed after consistently digging themselves holes to start several games this season. They more or less pissed it all away to start the second half, by allowing Boston to rattle off a 27-9 run to turn an 11-point Washington lead into a 7-point deficit. Sure, the Celtics may have been a bit due after a miserable shooting first half (38 percent from the field and 20 percent from three), but the Wizards helped the cause. Washington had seven, most of which were careless, turnovers in the third quarter after only having four in the entire first half. Right after Marcus Morris drained a wide-open three-pointer where Jeff Green helped down in the paint and no one rotated over, Markieff Morris carelessly inbounded the ball that was easily intercepted by Terry Rozier for another triple. The road team got six points in 10 seconds. Washington’s Morris twin chalked it up to five minutes of bad basketball, which happens, while Boston’s accurately said, “we knew that they [Wizards] would kind of give up on plays if we move the ball side to side.” Washington is disinterested in locking in on defense for a full 48 minutes under Scott Brooks and it seemingly gets worse by the season.

Both teams were shorthanded (the Celtics were without Gordon Hayward, Al Horford, and Jaylen Brown), so it is not an excuse for why the Wizards lost, but here is a recap of where Washington stands in the hobbled bodies category. Of course, Dwight Howard underwent back surgery that will have him out for at least another couple months. Otto Porter was a game-time decision with the right knee contusion he suffered early in the game against the Pacers and ended up not playing. He did not warm up on the court before the game and had a visible limp when trying to get around in the locker room. There is no guarantee he is ready to play in the next game on Friday.

John Wall missed Monday’s game in Indiana because of a sore heel that flared up initially in Cleveland on Saturday resulting in the worst offensive game of his career. Wall has had bone spurs in his left heel for three or four years according to the point guard himself but typically has never been bothered by it until the loss against the Cavs where it inhibited him from running with any reliability. With treatment, the heel was a non-issue for Wall on Wednesday, but during overtime, he did leave the guy for 45 seconds as a result of his lower right leg getting stepped on. It happened after a driving layup with two minutes left in the game and he stayed on the ground for a few minutes, slapping the floor in frustration, before eventually walking to the bench with some tenderness. Tomas Satoransky subbed in momentarily before Wall re-entered the game because of his “if it ain’t broke, play” mentality. The five-time All-Star shared that he was sore after the game and was looked at by multiple trainers. If I had to bet, Wall does not miss any games because of this most recent injury, but only time will tell once things potentially swell and stiffen up.

John Wall on coming back from his injury: "If it ain't broke, play." pic.twitter.com/mdfh2eeIa5

Next Game: Washington makes the short trip to Brooklyn to take on the Nets on Friday night.