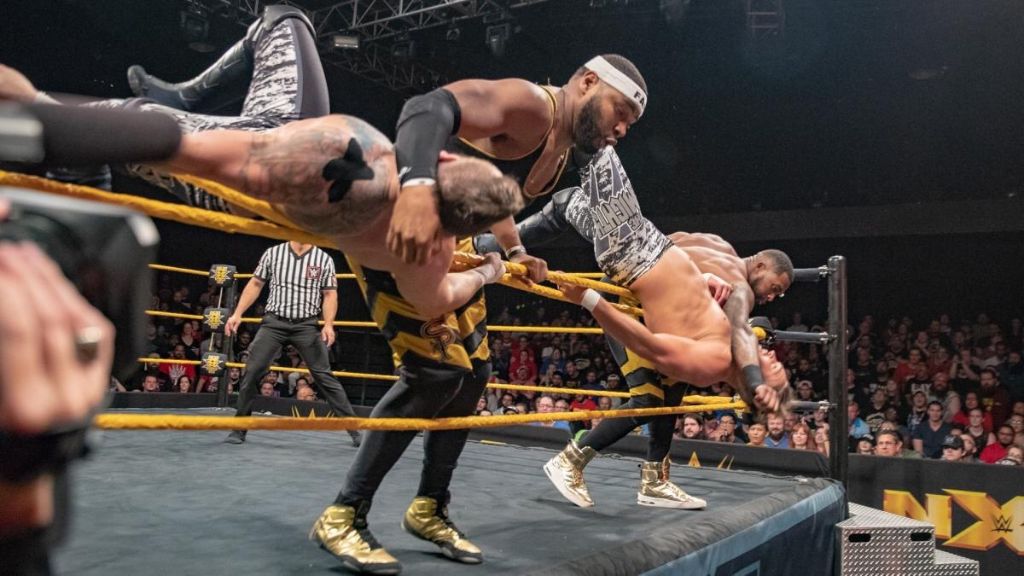 The NXT roster is going to be missing one of its top tag teams following the reports of the release of Nick Miller. Along with his partner Shane Thorne, Miller helped form the tag team The Mighty.

It’s not confirmed as to what led to the release, but speculation suggests that it was due to personal reasons with Miller wanting to go back home to Australia. He may have even initiated the release.

Prior to coming to WWE, Miller and Thorne formed one of the world’s best tag teams under the name The Mighty Don’t Kneel. They signed with WWE in early 2016 after taking part in a tryout the previous summer.

They debuted shortly thereafter in NXT using the name TM-61. They had some success there, including reaching the finals of the 2016 Dusty Rhodes Tag Team Classic. However, a knee injury suffered by Thorne in early 2017 slowed the team’s momentum.

(1/3) #WWENXT Superstar Nick Miller (right) has been released from his WWE contract. WWE have yet to officially announce the news, but multiple outlets have confirmed the release. pic.twitter.com/veDevwaXQZ

This past summer, the team turned heel and became known as The Mighty, having a brief back-and-forth feud with The Street Profits. On the most recent episode of NXT, they were defeated by the team of Danny Burch and Oney Lorcan.

Thorne will reportedly remain under WWE contract and possibly pursue a run as a singles competitor.