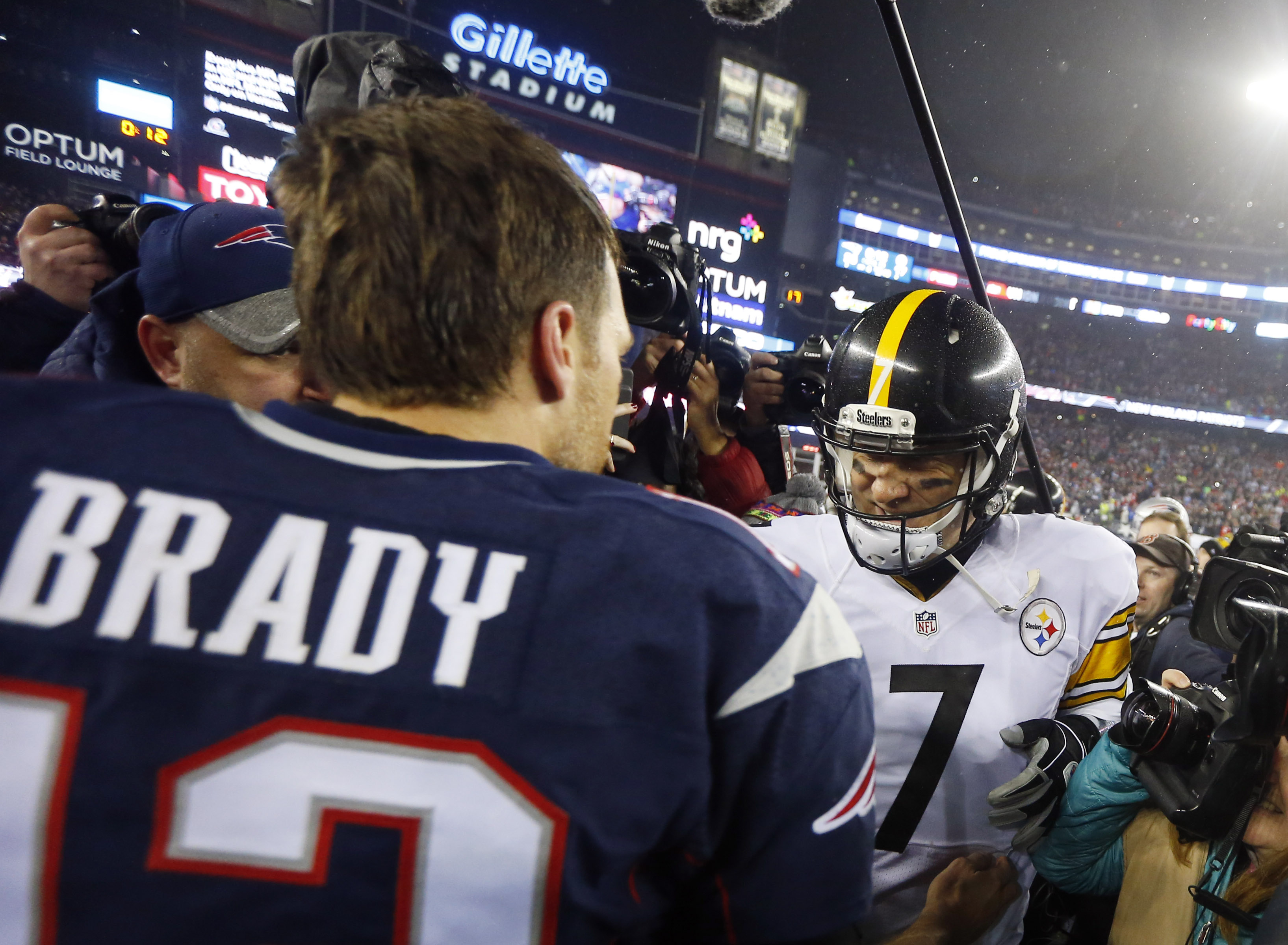 The Patriots and Steelers are set to square off in an epic showdown at Heinz Field which will carry huge playoff implications, and one quarterback is not taking his counterpart lightly.

Tom Brady — who has owned the Steelers over the years, with an 8-2 record against them — had high praise for Ben Roethlisberger when asked about the Steelers signal-caller during his weekly press conference.

“He’s as tough as they come,” Brady said.

Brady on Big Ben: “He’s as tough as they come” pic.twitter.com/SwJmQbZBXZ

No one’s going to dispute that. Roethlisberger is known for his ability to stand in the pocket, avoid the pressure and allow for his receivers to get open downfield, often resulting in big plays. But he’s also taken a number of hits over the years as a result, yet he always seems to return to action, even absorbing contact that would knock many other signal-callers out of the game.

Brady, as usual, is spot-on here.