Your Morning Dump... Where we ponder Marcus Smart's immeasurables 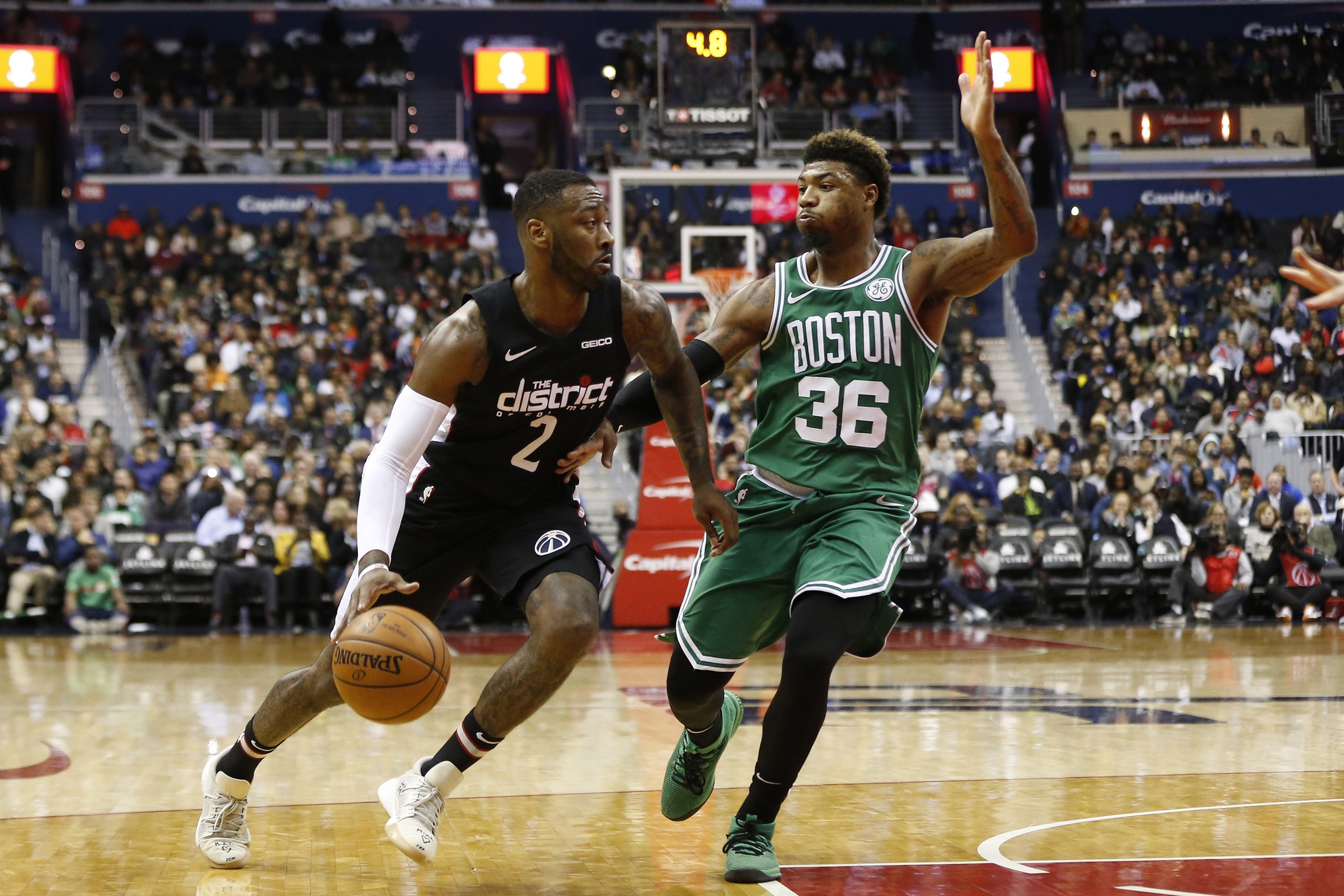 Your Morning Dump... Where we ponder Marcus Smart's immeasurables

Highlight montages of Smart playing defense have gotten hundreds of thousands of views on YouTube, and the titles of the videos often feel ludicrous (“Marcus Smart on Porzingis, Gasol, Embiid and Davis” is one such example).

“I played the five in high school a little bit,” Smart said after the game, laughing. “But it was more of the stretch-6 tonight. This is what we needed tonight and I’m glad that teammates and coaching staff can trust me to be able to be out there and guard fives and multiple positions like that.

“Just don’t get buried in the post. But just go out there and do everything I do. Use my speed to my advantage and my quickness and my canniness to my advantage. And just make plays.”

Smart plays defense like he’s operating in the Matrix and he can slow down time.

The NBA stats site has a ridiculous number of player stats. I was going to count them all, but I gave up when I got to like 60 and my vision started to go.

None of these stats measures what Marcus Smart does, because basketball–at least basketball as we’ve come to know and love it–basketball not so much as it was envisioned by James Naismith back in 1891, but basketball as played in Harlem and Queens in the 30s and 40s, with running and fast breaks–is all about motion.

And, as Zeno pointed out in his paradoxes, and as Leibniz and Newton discovered when they simultaneously invented calculus, measuring motion is tricky stuff.

So it’s no surprise that they haven’t come up with a statistic that measures what Marcus Smart does for the Celtics, because all of the magic that Marcus creates comes from motion: It’s not just diving for loose balls, it’s being in the right spot a split-second ahead of time, moving just a hair quicker than guys who are already way quicker than you and me. Just about everything Smart does right comes down to that vague cliched over-used word: Hustle.

Smart is built like a tank, and he knows how to use his body to muscle bigger guys off the block, but if he was just a big guy, well, he’d probably be playing tight end somewhere. Smart is also quick. He’s fast in a way they don’t have measurements for.

And, speaking of ‘Smart’, he’s finally starting to play smart. I think that fight with J.R. Smith was something of a wake-up call. Since then he’s been much more disciplined on the court–and a good thing too. I’m not sure what Smith said that started that altercation, but both of them ought to be glad that Smart didn’t get to do what he was clearly setting out to do to J.R.

Anyone still shaking his or her head at the four-year, $52 million deal the Celts gave him as a restricted free agent last July wasn’t watching this game — or any number of other games in his career.

Twice in overtime, Smart had a nose for overtime rebounds that precipitated a Terry Rozier 3-pointer and his own putback.

That’s in addition to his three steals (of the Celtics’ six), 7-for-7 free throws, 18 points and the most aggressive defense of anyone in a green uniform.

Morris was asked to describe what Smart does for the Celtics, and the generally loquacious forward struggled a bit at first.

“Can’t describe it,” he said. “You know, he’s a bulldog. He’s been doing that since he’s been in the NBA. Even when I was on a different team, he was doing the same thing. He continues to do it. He’s a guy that you love to have on your team.”

Red would’ve loved Smart. I know that it’s rather hackneyed to throw out a phrase along the lines of “Red would’ve loved (some player that I also like),” but you look at the guys that Red played, and the guys whose numbers Red retired, and it’s guys that people shake their heads at. People who aren’t Celtics fans—and some people who are Celtics fans—love saying that the Celtics have too many retired numbers.

Well, Red had his reasons for retiring Satch Sanders’ number, and they’re the same reasons why I think he’d love coaching Marcus Smart.

“Marcus Smart always seemed to be around”

Brown was sick, likely suffering the same illness as Gordon Hayward, who missed the last two games. That illness, according to Brad Stevens, has been going around the team, although other players were hit during Boston’s stretch of off days.

Before the game, Brown walked through the locker room bundled up in a coat and looking visibly uncomfortable. He sat out Boston’s 130-125 overtime win.

Okay, granted, this isn’t as bad as that time that half the NHL got the mumps.

Still, yuck. About the best we can hope for is that at least one of the guys managed to pass on the virus to a few guys on other teams. Heck, why should the Celtics be the only team that’s got the flu going around?

Danny Ainge calls Time Lord "a bad name" on @Toucherandrich: "We can do better."

Sorry, Danny, the mob has spoken. Time Lord it is.

Below: The 14th Doctor and his reluctant companion

MassLive: Kevin Durant played Boston Celtics’ Jayson Tatum this summer, says he has MVP talent: ‘He showed me some stuff’ |