Breaking Down Five Keys for the Packers in Chicago 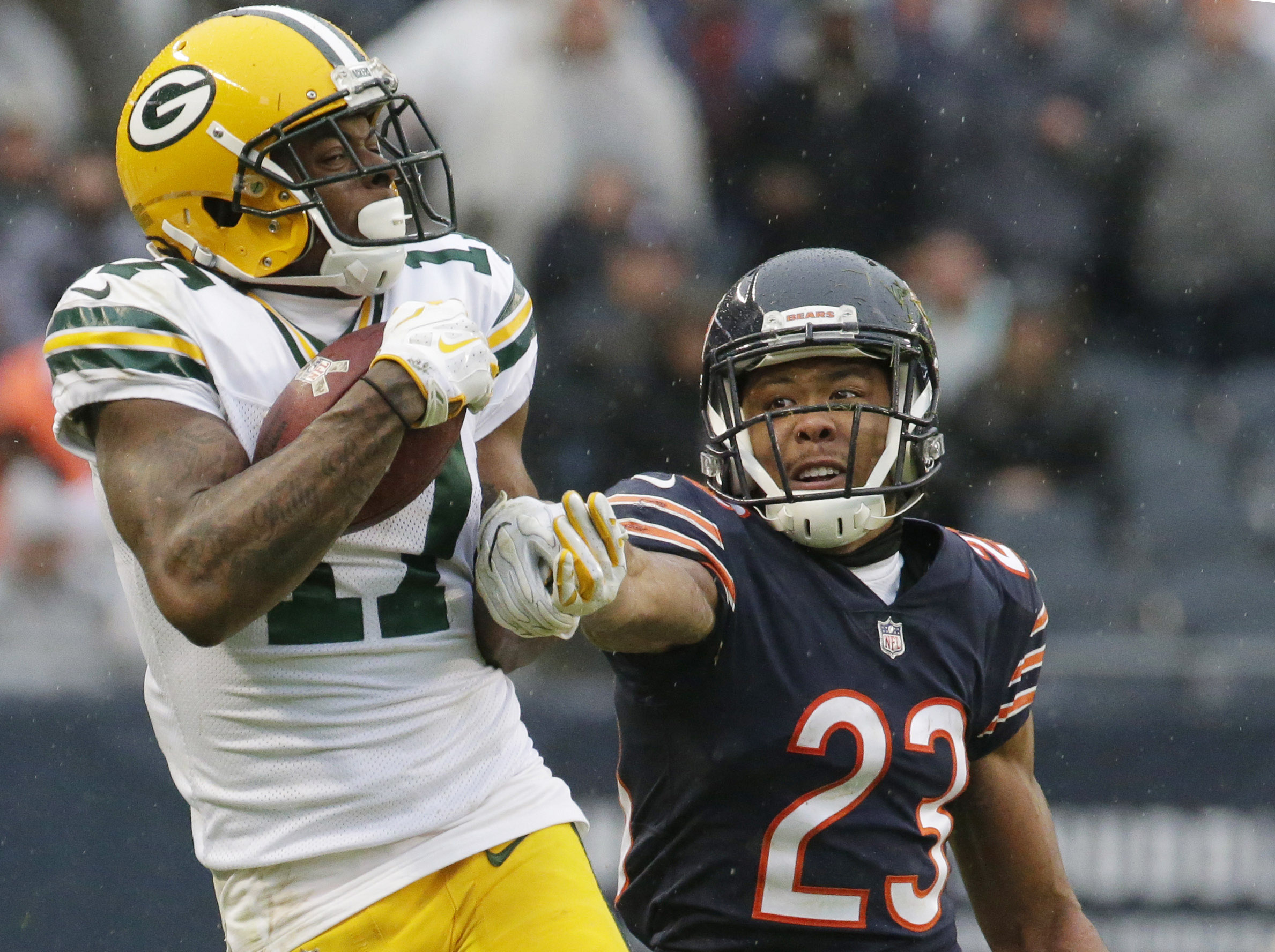 Breaking Down Five Keys for the Packers in Chicago

It’s Bears week! The Packers try to keep their slim playoff chances alive when they head to Soldier Field in Chicago to take on the Bears Sunday. Green Bay enters the game at 5-7-1 while the Bears are 9-4. Chicago can clinch the NFC North title with a victory over the Packers. The Packers beat Atlanta last week 34-20 in Joe Philbin’s debut as interim head coach. The Bears are coming off a convincing and dominant 15-6 victory over the Los Angeles Rams.

Overall, the Packers own a 97-94-6 advantage in the NFL’s oldest rivalry that started in 1921 including a dramatic comeback from a 20-0 halftime deficit to beat Chicago 24-23 in Week 1. The Packers have won five straight games overall between the two teams and eight consecutive meetings at Soldier Field.

Here is a look at the key matchups and situations that will determine who wins Sunday’s showdown between these classic NFC North rivals:

1. Keep the Passing Game in Rhythm

Last week against Atlanta, the Packers passing game looked crisper and sharper than it had in weeks. There were plays designed to scheme receivers open, each receiver had plays designed for them and the team got to the line of scrimmage quicker and with purpose.

Despite the improvements, the attack was still far from spectacular and moving the ball on the Bears third-ranked defense will be a much bigger challenge than it was a week ago against the Falcons.

The Packers offensive line remains banged up with Byron Bell out and Bryan Bulaga listed as doubtful. Lane Taylor is expected to play but clearly won’t be at 100 percent. Chicago’s defense gets consistent pressure on the quarterback and the Pack needs to counter this.

This means that Philbin will have to make sure Aaron Rodgers gets his passes off quickly and keeps the Bears pass rush off-balance. Don’t be surprised to see more of the screen passes Rodgers threw a week ago to slow down the pass rush and to see a little more of Jamaal Williams at times to improve the pass blocking.

The Packers need to have an intelligent game plan against the Bears and to execute it well. They haven’t done that consistently since the second half of the season opener against….the Bears.

2. Make Mitch Trubisky Beat Them With his Arm

The Bears offense is not special statistically. They currently rank 25th in the league in passing yards and 23rd overall. But because the defense gives them short fields so often and holds opposing offenses in check, the Bears offense doesn’t usually have to be prolific to lead Chicago to victory.

Trubisky has shown improvement in year two, but he still has thrown 12 interceptions and is an inconsistent passer. What makes him special is his ability to escape pressure and run with the football. Trubisky is second on the Bears with 386 rushing yards, good for a 6.8-yard average.

The Packers need to keep the Bears from running the ball well enough to set up Trubisky in third and manageable situations and keep him from picking up key first downs with his legs when there aren’t open receivers downfield.

In short, Mike Pettine and the Green Bay defense needs to force Trubisky to win the football game with his arm and to lead the team on longer drives to do it.

3. Run the Football Up the Middle

Last week, the Bears held Todd Gurley of the Rams to just 28 yards on 11 carries, a 2.5-yard average. One reason was that the Rams continued to try to run Gurley to the outside and the Bears speed and pursuit on defense shut him down.

When teams have had success running on Chicago, they have run the ball up the middle. That means that Corey Linsley, Lane Taylor and Justin McCray will have to open holes inside. There may be more running plays designed for Williams than usual, although expect Aaron Jones to get plenty of carries as well.

The Bears rank second in the NFL against the run, but if the Packers spread their offense and then run delays and traps up the gut, they may have enough success to keep the chains moving and put enough doubt in the defense to slow down the pass rush a little bit more.

Welcome to the turnover matchup of the season. The Bears lead the league in interceptions with 25 and in overall turnovers with 34. Aaron Rodgers has gone an NFL record 366 passes without throwing an interception and has tossed just one pass to an opposing player all season. One of these things has to give on Sunday.

The Bears lead the league with a plus-13 turnover differential through 13 games. The Packers 14th with a plus-two despite having only committed 12 giveaways all season, tied for the second-best mark in the league.

Green Bay’s defense needs to come up with some big plays like Brashaud Breeland’s pick-six last week against the Falcons. Trubisky is a quarterback who will make the ball available and the Packers need to take advantage.

Turnovers are the one element missing from top pick Jaire Alexander’s resume this season and this would be the perfect time for him to step up and add that element to his game.

If the Packers lose the turnover battle against this team, they will have very little chance of winning the football game.

The Packers were contenders in the Mack sweepstakes before the season started, but the Raiders dealt him to the Bears instead. Now, the Packers face Mack for the second time in a Chicago jersey. The big difference now is that Mack is in better shape and more familiar with the defense than he was in Week 1 when he had just joined the team after holding out during training camp.

The Packers banged up offensive line must find ways to slow down Mack who leads the Bears with 10 sacks in just 11 games played. Expect Chicago defensive coordinator Vic Fangio to move Mack around to try to find matchups he likes against the Packers. The Pack will have to help Jason Spriggs and use quick releases and multiple tight end sets to try to keep Mack and company off Rodgers.

The Packers need a win to keep their playoff hopes alive, the Bears need a victory to exorcise the ghosts of past defeats to the Packers and clinch the NFC North title.

These two teams have almost traded places in public perception since their Week 1 meeting with the Packers becoming a fringe wild card contender and the Bears a division leader who legitimate Super Bowl aspirations.

The Packers are capable of pulling off the upset, but it means playing a complete 60-minute game against a good opponent and that’s something this team hasn’t done yet all season.

The feeling is the Pack keeps it close but can’t quite find a way to win on Sunday and that’s something Packers fans have seen much too often in 2018.