Islanders look for points not vengeance in rematch with Red Wings 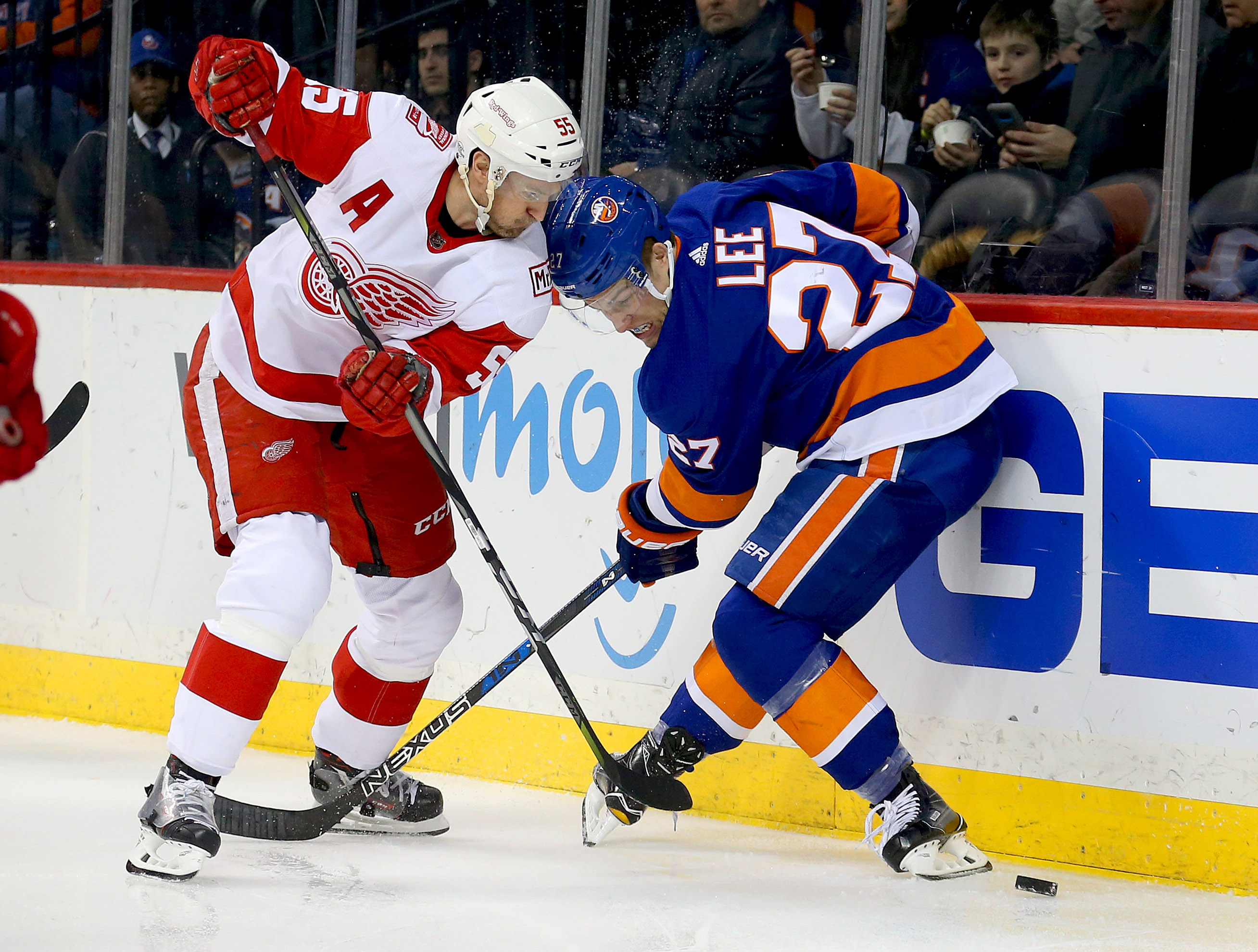 Islanders look for points not vengeance in rematch with Red Wings

EAST MEADOW, N.Y. — Don’t expect for the Islanders to be out for blood on Saturday night with the Detroit Red Wings in town. Yes, they’re aware of the headlines and storylines in play, but the Islanders have moved on from the heavy hit that Niklas Kronwall laid on Anders Lee the week before.

Kronwall leveled a heavy hit on Lee while his head was down. It knocked Lee out of the game for a short time and forced the Islanders captain to get stitched up. It also galvanized the Islanders to a 3-2 come-from-behind win in Detroit.

“I think that’s the beautiful thing about hockey is that those things get settled on the ice and usually in the same game,” Lee said following the Islanders skate at Northwell Health Ice Center. “I’m not worried about that kind of stuff. It’s going to be a back and forth, hard fought game regardless of what happened. Both us are trying to make some moves here.”

The Islanders and Red Wings find themselves in similar situations entering into Saturday’s rematch at the Nassau Coliseum. New York has struggled through their last eight games, going 2-4-2, while the Red Wings haven’t fared much better with a 3-4-1 record over the same span.

The Islanders offense has also dried up over that span, with the team scoring 14 goals through eight games and score three or more times just twice.

“You always worry about producing,” Jordan Eberle said. The Islanders forward was discussing his individual production level, which has seen him put up 13 points (seven goals, seven assists) through 30 games.

“A lot of it starts with the power play. As an offensive and skilled guy when you get touches and score on the power play I always find that it moves into your five-on-five game. I’ve sat down with all the coaches and we’ve gone over stuff and you try to find ways to put the puck in the net.”

The Islanders special teams have struggled to find the back of the net as well. New York has not scored a power-play goal since November 15.

The power play and lineup could look different than it did last week when the two opponents faced off in the motor city. Josh Ho-Sang could see action on Saturday and time on the power play.

Ho-Sang spent Thursday and Friday’s practice working with the second power-play unit. However, Islanders head coach Barry Trotz would not disclose any lineup information to the media following the morning skate.

The Red Wings and the Islanders enter the game with 32 points each in the standings and a win would move the Islanders into a tie for third place in the Metro.