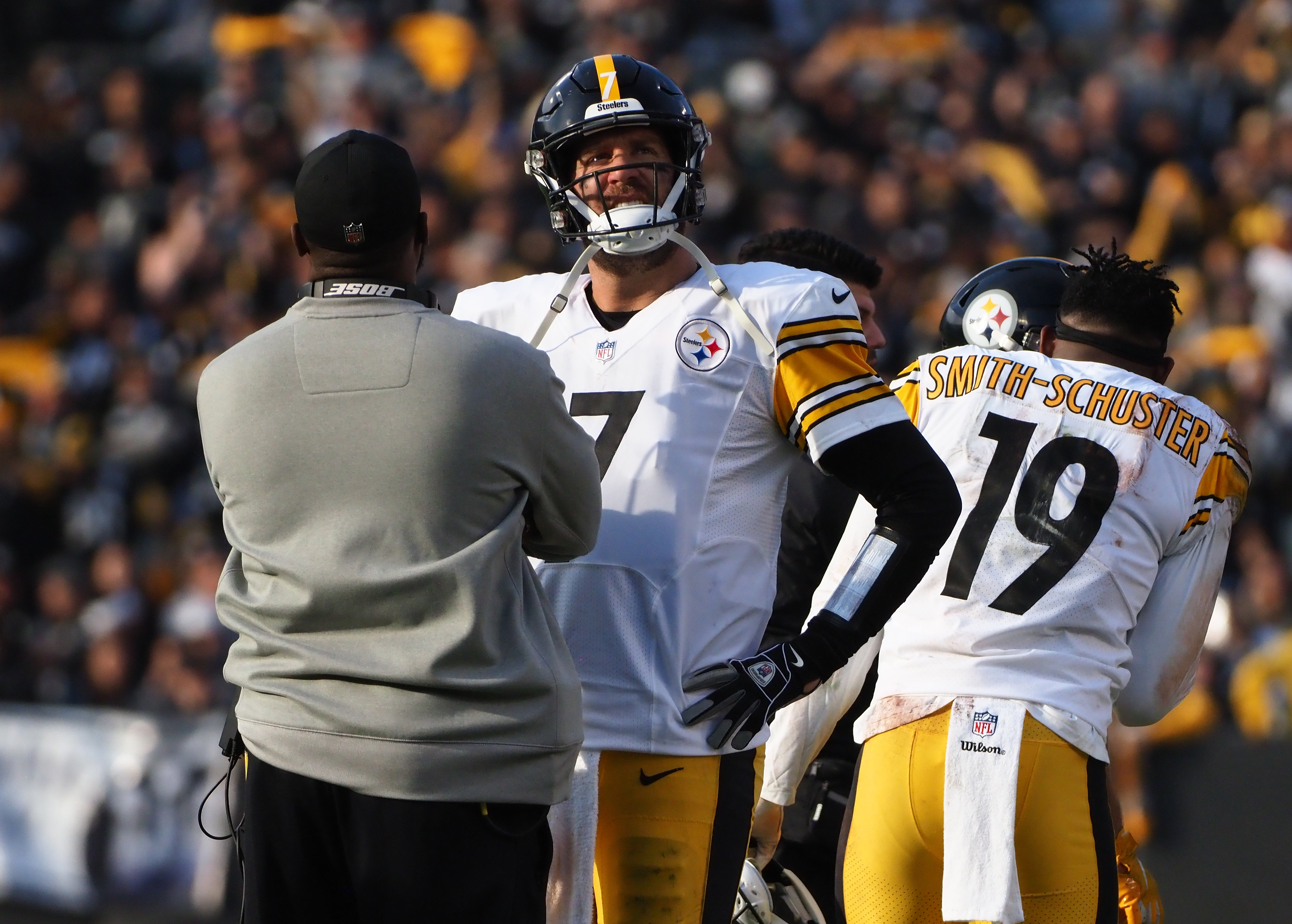 Given that only three regular-season games remain for NFL teams not named the Chiefs or Chargers, who squared off in Thursday night’s thrilling divisional showdown, a number of squads have little room for error going forward. Six of these teams must win this weekend to keep their playoff hopes alive, so read on to see what their outlook looks like.

Having dropped three straight games, including a loss to the hapless Raiders last week, the Steelers find themselves in desperate need of a win against the Patriots on Sunday in order to preserve their lead in the AFC North. Baltimore currently trails Pittsburgh by only a half-game, and the Ravens have a favorable matchup against the Buccaneers this week.

The Steelers are winless in their last five games against the Patriots, but they nearly bucked the trend last season. However, a touchdown catch late in the contest by Steelers tight end Jesse James was overturned by officials. Going by this season’s new catch rule, it would’ve counted, and the Steelers likely would’ve emerged as victors. As such, the Steelers will be out for revenge, and also possibly playing for their playoff lives on Sunday.

The Eagles had a chance to take control of the NFC East with a win in last week’s matchup against the Cowboys, but Dallas proved to be too much for the Super Bowl-defending champions in overtime. Now, Philly’s best shot at making the playoffs is to win its final three games, and hope that’s enough to get in.

They have a tough road, though, as the Eagles are set to visit the Rams on Sunday, without the services of starting quarterback Carson Wentz, who suffered a stress fracture in his back last week, and is looking at a three-month recovery. Instead, it will be Super Bowl MVP Nick Foles under center, trying to keep his team’s season alive. It will be interesting to see if he can harness some of his magic from last season to pull off the upset in LA.

Despite a second straight loss, the Vikings are still clinging to the sixth seed in the NFC, but the Panthers, Eagles and Redskins are not far behind, trailing by only a half-game each. Minnesota goes up against Miami at home on Sunday, hoping for a spark on offense after having fired offensive coordinator John DeFilippo this week.

The Vikings mustered only 17 points combined in their previous losses against the Patriots and Seahawks, so this figures to be quarterback Kirk Cousins’ time to shine. The team signed him to an $84 million deal in the offseason, in hopes of having him carry the Vikings at least one game further than Case Keenum did last season. It won’t be easy, as the Dolphins boast a stout defense, but the Vikings will likely be extremely focused in this must-win spot.

The Colts have won six of their last seven games, while the Cowboys have won five straight. It goes without saying that Colts-Cowboys is a must-see matchup on Sunday, but there’s also a lot riding on this game for both teams.

A win for Dallas would clinch the NFC East title for the Cowboys, while a win for Indianapolis would keep the Colts in the chase for the AFC South title, as well as a wild-card berth. The Colts, though, have the most to lose, as a loss would greatly hurt their chances of making the playoffs in either scenario, while the Cowboys can technically afford to lose the game. It’s hard to see quarterback Andrew Luck — who looks to be the favorite to win the Comeback Player of the Year award — not rising to the occasion in front of the home crowd on Sunday.

The Panthers’ 2018 campaign started off strong, but has really gone downhill over the past month. The team that once boasted a 6-2 record is now reeling — having lost five consecutive games. It likely needs to beat the Saints twice and win at home against the Falcons just to have a shot at sneaking into postseason with a wild-card berth.

The task won’t be easy, either. The Saints beat the Panthers three times last season, so it’s safe to say New Orleans has had Carolina’s number recently. Carolina only has itself to blame, though, as six of its seven losses were by a touchdown or less. We’ll see how the team fares with its back against the wall on Sunday.

The Ravens were 4-5 entering the bye week, and rumors began swirling about the future of both head coach John Harbaugh and Joe Flacco. Well, the team has turned things around, and while Flacco is no longer the starting quarterback, Harbaugh has his team playing well. The (7-6) Ravens currently hold the sixth seed in the AFC due to tiebreakers, but the (7-6) Colts, (7-6) Dolphins and (7-6) Titans are all right behind them. And given that the Dolphins and Colts are coming off wins against the division-leading Patriots and Texans, it’s safe to say the the Ravens need a win on Sunday against the 5-8 Buccaneers to remain in the playoff hunt.

The Ravens are 4-1 in their last five games since rookie quarterback Lamar Jackson has been starting under center, and their run-first gameplan has been effective thus far. They should continue to have success against the Bucs, who give up 119.4 rushing yards per game on average. Not only that, the Bucs have struggled with turnovers, as they rank dead-last in that category, while the Ravens defense excels at forcing them. It’s a good matchup for the Ravens, and we’ll see if they can capitalize on it.