Wild and Flames Slug it Out - Dumba Injured 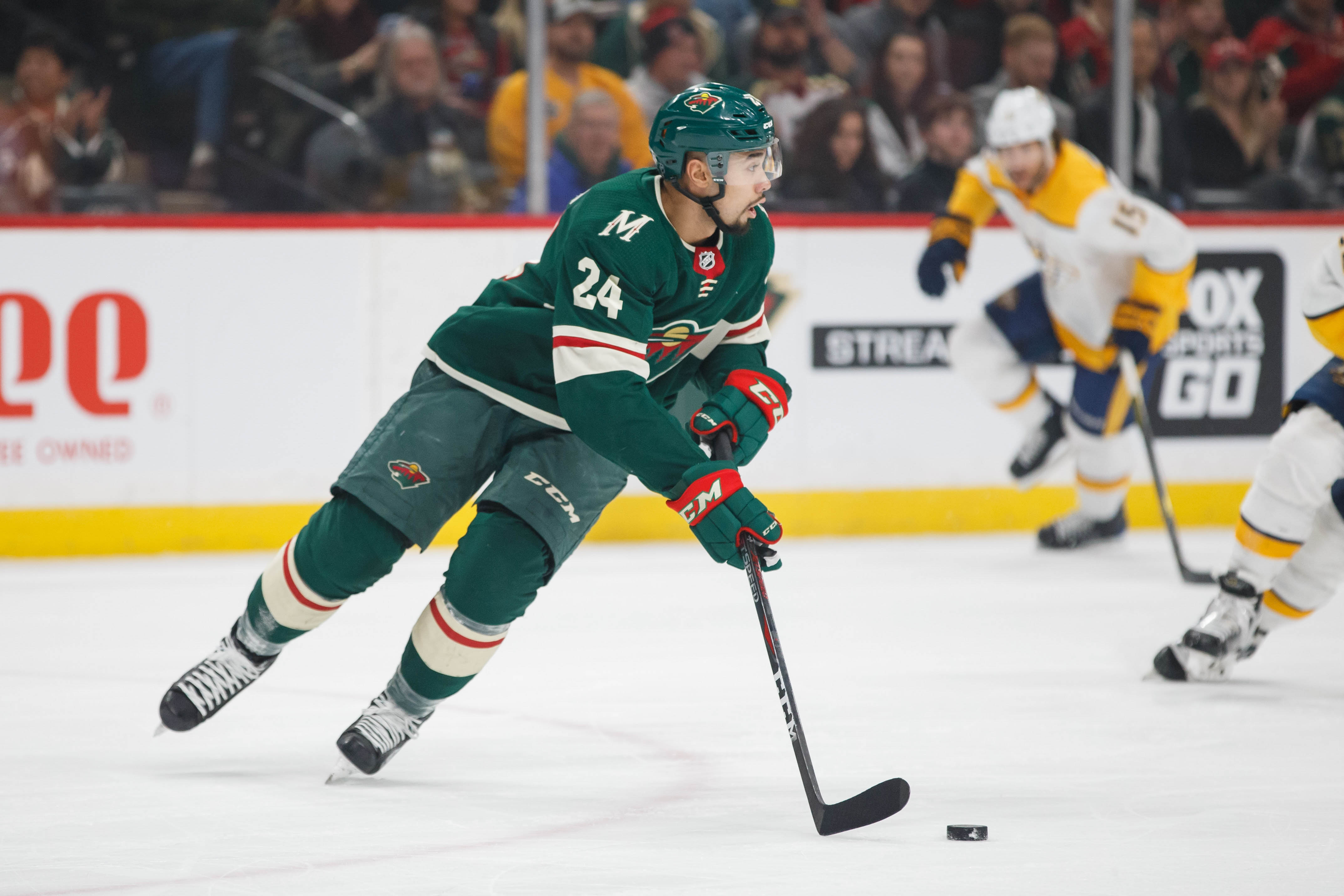 Wild and Flames Slug it Out - Dumba Injured

Over the years, the National Hockey League has changed significantly, rarely do you see staged fights at center ice anymore.

For the most part, NHL rosters no longer contain one-dimensional players that fight. Those players are normally rostered in the American Hockey League and called up for emergencies. Those players should be locked in a glass case that says, break glass in case of emergency.

In today’s NHL, players must be able to play in all three zones. Players will still fight, but it’s not a focus like it once was. It’s an extra skill set. Players like Wayne Simmons are a premium, he’s can fight and score goals.

On December 6, 2018, the Minnesota Wild lost to the Calgary Flames 2-0. During that game, there were two incidents. First, Wild defenseman Matt Dumba saw Flames center Mikael Backlund skating with the puck in the Flames end. Dumba lined up Backlund and ran him over, delivering a massive hit.

The hit incensed the Flamers bench. Enter fourth-line forward Ryan Lomberg, he chased Dumba down, grabbed him and started punching him. The on-ice officials soon intervened. When the dust cleared, Dumba was still on the ice and Lomberg was in the showers with seven minutes in penalties (two-minute minor instigator, five-minute major fighting, and a game misconduct). Lomberg was suspended for two games by the NHL’s Department of Player Safety.

The Flames didn’t like the hit and their players and head coach complained about the hit in the post-game press conference.

During today’s rematch, 40 seconds into the game, Flames forward Matthew Tkachuk challenged Matt Dumba to a fight. The two squared off and had a spirited fight.

Second, there was another transgression that needed to be addressed. In the previous meeting, Flames defenseman Mark Giordano injured Wild captain Mikko Koivu with a dirty, bush-league leg check. (Below is the video of the dirty hit.)

At the time, no one from the Wild challenged Giordano. On his way off the ice, Koivu punched Giordano and a scrum ensued. For his efforts, Giordano was assessed a two-minute minor penalty and was suspended for two games the next day by the NHL’s Department of Player safety.

The Wild Players took Giordano’s number, and that act would be avenged during today’s game. At the 18:03 mark of the second period, Wild forward Matt Hendricks challenged Giordano to a fight, settling that score.

“I think they didn’t like Dumba’s hit; that was known right from the get-go,” Hendricks told the media after the game. “But I don’t think we were happy with our game in Calgary, either. It was a dirty hit in my opinion on Mikko. Gio knows how to play the game, for sure. He’s old school. I don’t think he was happy with that play either.”

All was good, right? Nope. The Flames players continued with their shenanigans. They kept taking runs and cheap shots at Dumba. He was gone by the end of the first period with an undisclosed injury.

Finally, after seeing enough, the Wild Captain stepped up and fought Sam Bennett. Seriously, Sutter hadn’t fought in almost 10 seasons (Feb 18, 2009) but he did land some good punches on Bennett.

According to Michael Russo of the Athletic, Dumba fought Tkachuk, played five more first-period shifts and was never seen or heard from again.

The Wild aren’t known for their toughness. They’re not real big. Playing heavy hockey isn’t their game. Historically, teams have taken runs at the Wild skilled players because they didn’t have a tough guy. Obviously, the Flames don’t feel threated by the Wild and were free to take liberties with their players.

I would argue the Flames overreacted. At the time of Dumba’s green light, but legal hit on Backlund, he was jumped and pummeled by Lomberg at center ice. How many times does he have to pay for a legal hit? The Flames whined about the hit because of the timing and the score.  So what? Get over it.

I’d rather see players like Nick Seeler fighting instead of a top defenseman like Sutter. You don’t want your skilled players getting hurt fighting. Ironically, the Wild are sixth in the NHL in fighting majors with nine. The Boston Bruins are leading with 12 fighting majors. Some of the Bruins writers have wondered aloud if the Bruins need a tough guy? Why is that? Maybe the Bruins and the Wild are tired of being run and are taking care of things on their own.

Maybe, the on-ice officials could do a better job officiating the games so the players don’t have to take matters into their own hands.

In the past, players respected the “unwritten code”. That code no longer exists today. Before, if an opposition player was taking runs at the other team’s players, the opposition’s tough guy would inform the offending team’s captain if this behavior persists, I am going to start taking runs at your skilled players until this stops. In today’s world, most would find that unacceptable.