Wizards show their hand in attempted trade for Trevor Ariza 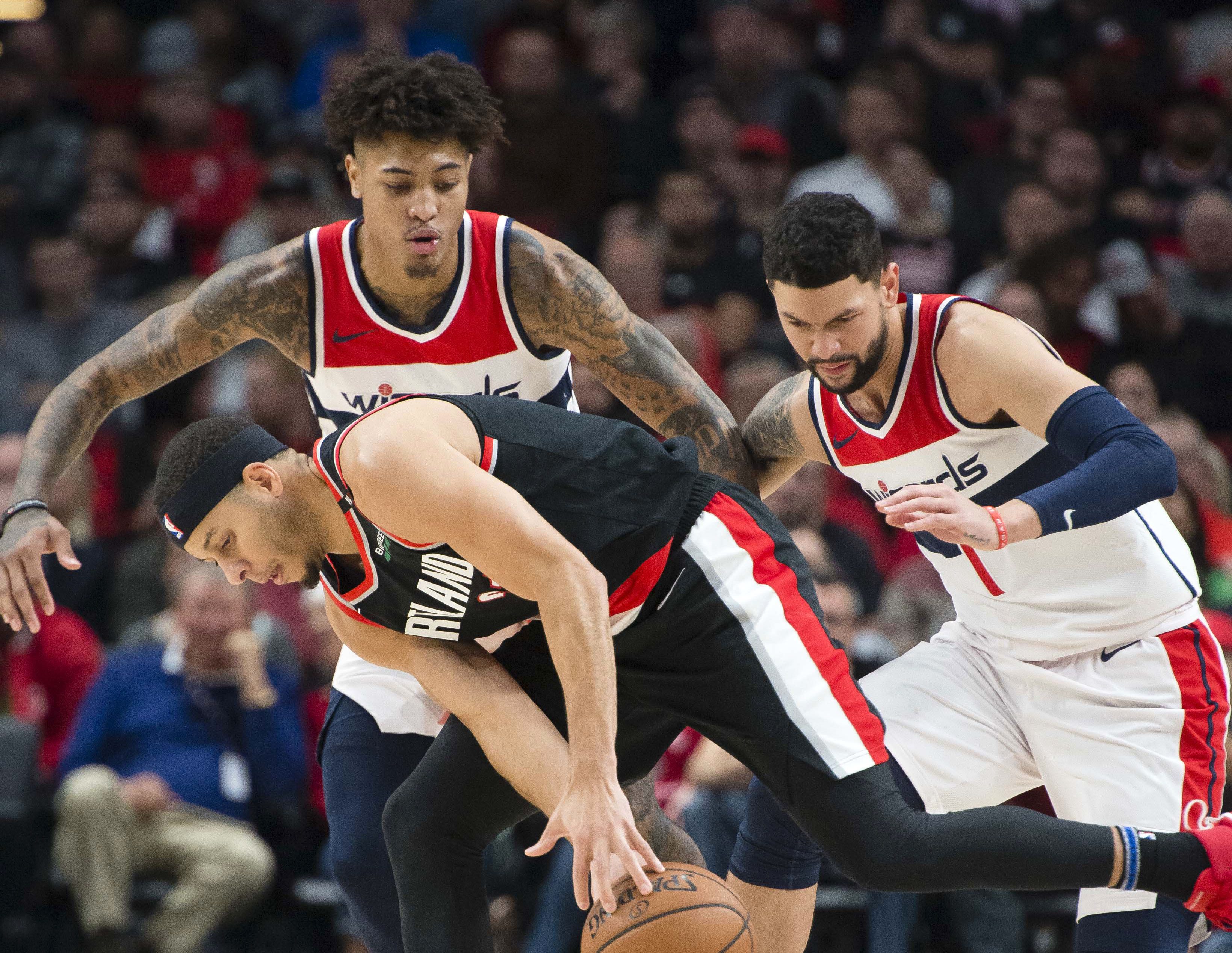 Wizards show their hand in attempted trade for Trevor Ariza

The Washington Wizards are on a four-game losing streak after falling to the Brooklyn Nets on Friday night. Immediately after the game, reports broke that the Wizards were looking to acquire forward Trevor Ariza from the Phoenix Suns showing to the rest of the NBA they are hoping to make a push back into the playoff picture.

The initial terms of the trade were thought to be Kelly Oubre and his expiring restricted free agent contract to Memphis, Austin Rivers and his expiring contract to Phoenix as well as MarShon Brooks and Wayne Selden. The Grizzlies were also going to send two second-round draft picks, one conditional, to the Wizards, which would help replenish the stock for the franchise that currently does not have one until 2023.

Then things got weird. Why would the Suns want MarShon Brooks, a soon to be 30-year old shooting guard that has not done anything special since making the 2011-12 All-Rookie team? Then it was clear that Phoenix was expecting Dillon Brooks, the soon the be 23-year old out of the University of Oregon in his second year in the NBA.

That obvious fits the build of a team looking to rebuild better than MarShon. Some reports say that Phoenix and Memphis never talked to each other and were playing telephone through Washington, but others say the two owners of the Western Conference teams spoke to each other about Dillon Brooks. The Suns reportedly requested medical information on Dillon Brooks, who recently returned from an MCL knee sprain, earlier making it seem that the Grizzlies may have simply gotten cold feet and want out of the three-team deal.

For now, Washington and Phoenix are looking for a third trade partner to send Austin Rivers out and Trevor Ariza in. That may still be Memphis, only time will tell, but the Wizards need to rectify the situation with Oubre and Rivers ASAP before things get even messier in an already fragile locker room. Oubre sometimes turns people the wrong way with his overly aggressive shot taking and Rivers has been a disappointment with his 7 points on 38.6 percent shooting including just 30 percent from deep in 23.1 minutes per game average. It is unlikely Oubre can be retained with the Wizards’ current cap situation if Otto Porter is still on the roster and Rivers was likely to walk in free agency from the day he was acquired.

Should things somehow come to a resolution, Washington is clearly trying to make a push to get back into the playoff picture after their latest four-game losing streak. Ariza, 33, is on a one-year $15 million contract and played two seasons with Washington from 2012-14 to help reshape the culture of the organization. Ariza averaged 12.3 points and 5.6 assists to go with 39.3 percent three-point shooting. Probably more importantly, he was a key locker room veteran that the Wizards need desperately especially after trading away Jason Smith in a salary dump.

Long story short, Washington is trying to acquire Trevor Ariza, but one of the three teams made a big blunder blowing up the near trade and the Wizards are stuck picking up the pieces. Washington returns to the practice court on Saturday afternoon at 1 p.m. for a shootaround before the Los Angeles Lakers roll into town on Sunday.