Eight Key Takeaways from the Packers 24-17 Loss in Chicago 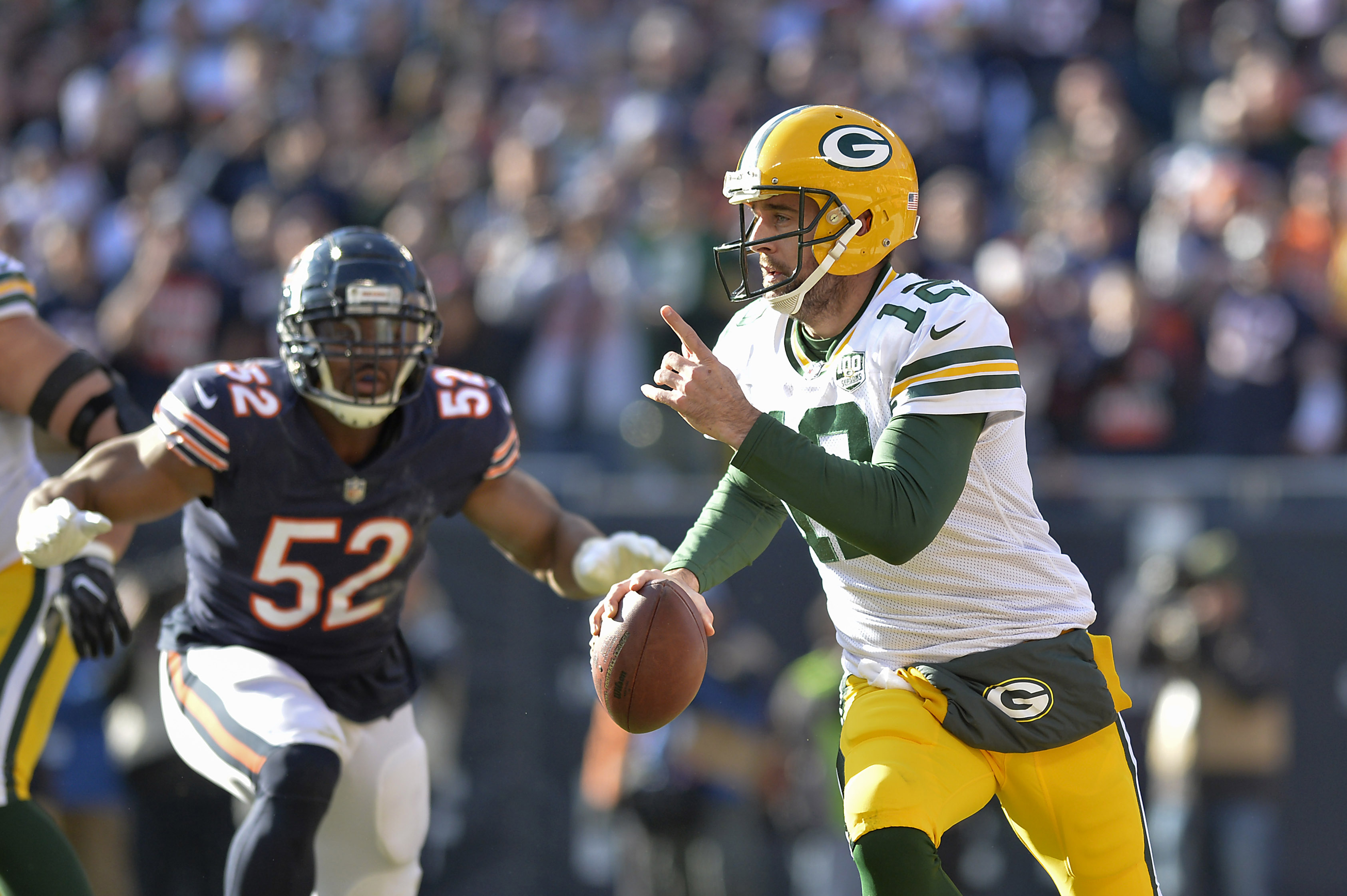 Eight Key Takeaways from the Packers 24-17 Loss in Chicago

The Green Bay Packers were eliminated from playoff contention after Sunday’s 24-17 loss to the Chicago Bears at Solider Field. The loss dropped the Pack to 5-8-1 and guaranteed back-to-back losing seasons for Green Bay for the first time since 1990 and 1991.

Here are eight key takeaways from the Packers loss in Chicago:

1. Something Is Wrong with Aaron Rodgers

Aaron Rodgers again missed too many open receivers against Chicago, something Packers fans have bene frustrated by all season long.

Randall Cobb, Marquez Valdes-Scantling and Equanimeous St. Brown were all open on a few occasions where Rodgers was unable to deliver an accurate pass.

Rodgers seemed to be in pain after attempting a Hail Mary just before the half. This may have hurt his accuracy in the second half.

His interception streak also ended late in the game after 402 attempts dating back to Week 4 against Buffalo.

Still at the end of the day, the Packers quarterback wasn’t his usual outstanding self on Sunday and the Packers needed him to be if they were to have a chance to upset the Bears.

Green Bay allowed five sacks to the Bears and Chicago defenders were in Rodgers’ face throughout the game. The Packers attempted to come out with quick, rhythm passes, but didn’t keep this up throughout the game. We also did not see enough effort to scheme receivers open and enough variety of plays to keep the defense honest.

Jason Spriggs struggled against Khalil Mack, but he didn’t have enough help. The running backs and tight ends that were supposed to chip Mack and other pass rushers often missed assignments.

Yes, the special teams stopped a fake punt attempt by Chicago, which gave the Packers a big stop, but that and Mason Crosby’s three field goals were the only highlights for Green Bay’s special teams.

Key penalties, a long punt return allowed, bad return attempts and a few poor punts all hurt Green Bay’s field position in a game they needed to at least break even on special teams to have a chance to win.

No matter who coaches the Packers next year, there needs to be a new Special Teams Coordinator and some changes to this unit.

4. The Defense Was Steady but Not Outstanding

The defense played well enough to win many NFL games in 2018. They allowed 329 yards and 24 points in this game, numbers that will probably allow most teams to win plenty of games these days.

But the big play was missing again. The Packers forced one turnover and it was a gift when the Bears got too cute and fumbled on a play that involved a direct snap to a running back.

Green Bay had only one sack in the game and rarely pressured Mitch Trubisky. The Packers also allowed Mitch Trubisky to do the one thing they couldn’t let him do: beat them with his legs.

When the Bears needed a key play or long drive, they usually got it. That means the defense was ok, but not outstanding.

No, this hasn’t been a great season for the Packers offense, but Davante Adams has been a constant. He was outstanding again today, finishing the game with eight catches for 119 yards and caught a pass to convert a two-point conversion.

Rodgers clearly trusts Adams more than any other receiver he has and with good reason: Adams is one of the best receivers in the game right now. He deserves a Pro Bowl berth and to be recognized as one of the game’s elite receivers.

6. Jamaal Williams Did a Good Job

Aaron Jones was lost to a knee injury early in the game and Jamaal Williams stepped in to an expanded role and handled it well.

Williams ran 12 times for 55 yards (a 4.6-yard average) and scored the Packers only offensive touchdown of the game. He also caught four passes for 42 yards as a receiver out of the backfield.

Williams lacks the explosiveness of Jones, but he’s tough, steady and today he definitely got the job done for the Packers.

Second round pick Josh Jackson has struggled through most of this season and today was no exception. He made a few poor attempts at tackles that showed a lack of fundamentals that players should be learning in Pop Warner. He was offside on the Packers attempted onside kick and he wasn’t very good in coverage either.

This season, Jackson no interceptions, no forced fumbles and no sacks. That’s a complete lack of big plays from a second-round draft pick.

Jackson is a rookie and may still show enough improvement in his second year to be a contributor, but he’s had a rough first season in the NFL.

8. The Packers Are Essentially the Same Team Under Joe Philbin as They Were Under Mike McCarthy

In the final analysis, last week’s performance against Atlanta was a reaction to all the changes that were made but does not represent a fundamental change for this team. Joe Philbin gave the Packers some fresh air, but his hiring did not fundamentally change this team.

The Packers just aren’t good enough to beat top teams the way they are playing this season. They aren’t making the big plays at key moments that great teams make. The difference between success and failure is often very small, but the Packers have consistently failed to make those small things happen.

The offense is still struggling to move the ball and isn’t clicking consistently. The defense plays OK but doesn’t make enough big splash, game-changing plays. The less said about the special teams, the better.

This Green Bay team has not played up to its talent level and that’s why changes were needed, and more changes are coming to the organization before 2019.