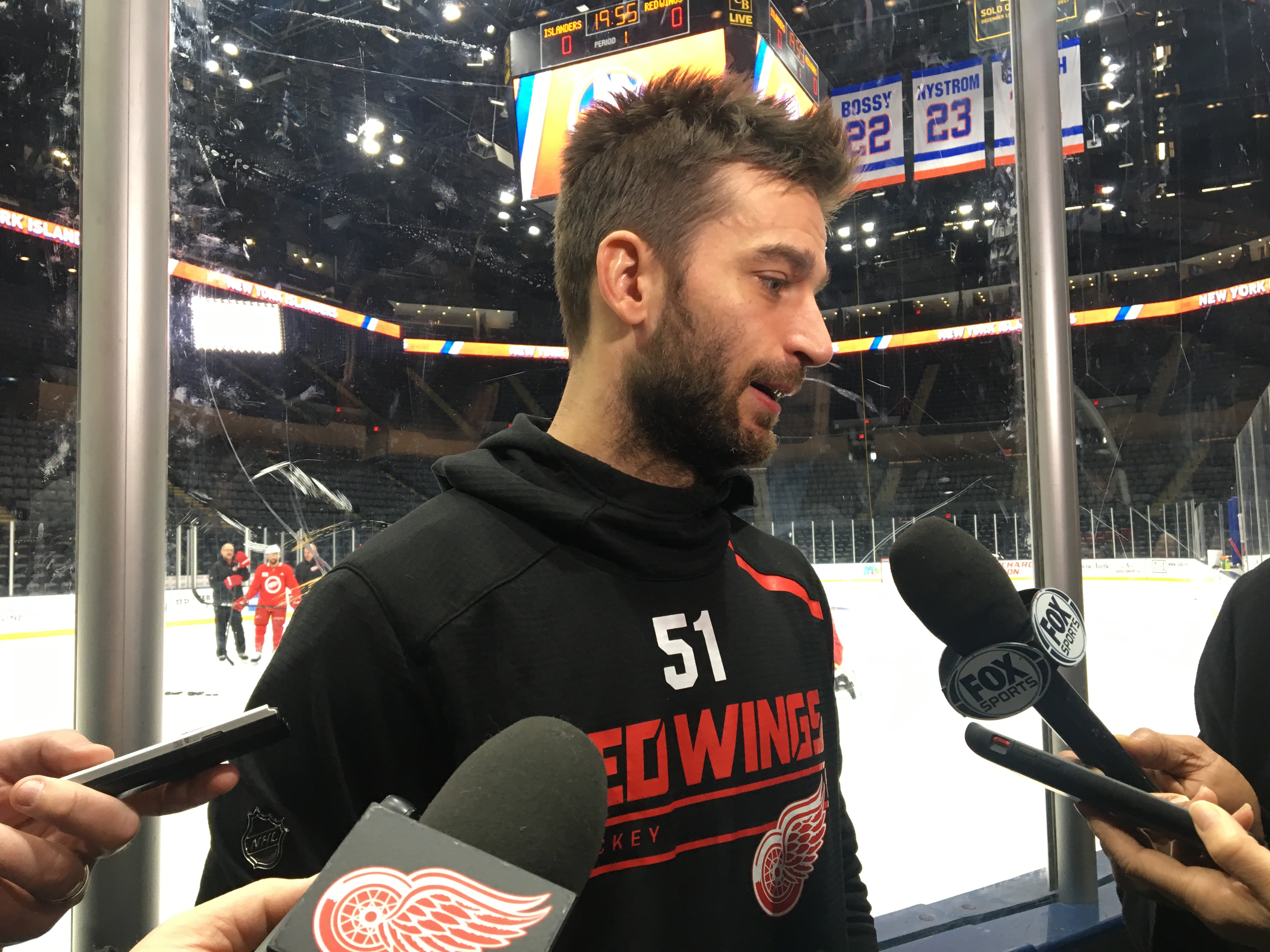 UNIONDALE, N.Y. — Frans Nielsen stood by the glass at Nassau Coliseum peering away every so often to look around as reporters surrounded him. He was taking in a building that he knew so well, but that had changed quite a bit since the last time he was there.

The former Islander returned to the building he had called home for parts of nine seasons during his career on Saturday as a member of the Detroit Red Wings. Nielsen had faced the Islanders before, but not at the Coliseum.

“It’s weird. I didn’t think I was going to come back here,” Nielsen said prior to the Islanders defeating the Red Wings on Saturday night. “It feels good. Exciting to be back.”

Nielsen, whose time as an Islanders saw him play games at both Nassau Coliseum and the Barclays Center, could see the changes to the Long Island venue. However, at its roots, the building was still the same as well.

The former Islander fondly remembered the playoff series that the team played there in 2013 and 2015, as well as scoring his first goal in the NHL at the Coliseum. And when the Islanders packed their bags and headed west to Brooklyn there was some sadness for Nielsen.

“We all loved playing here and we wanted to stay here,” he said. “But we also knew for business purposes they needed something, some kind of change. We knew something was going to happen, but it was sad to leave this place. It’s awesome (the Islanders) are back and they finally got it through with the new rink down the road. They’re going to have a really nice home out here.”

Nielsen may not be a member of the Islanders any more — he left via free agency in the summer of 2016 — but he has remained tied to Long Island. The 34-year-old forward still maintains a house on the Island and returns during the summer.

He joked that it was the golf that keeps him coming back.

“It’s a great place,” Nielsen said of the region. “Calm neighborhoods and then you have New York City 40 minutes away. You have a good mix of everything. All the years I was here I really enjoyed it and we still enjoy coming back here too in the summertime.”