Carlos Martinez is a Starting Pitcher. 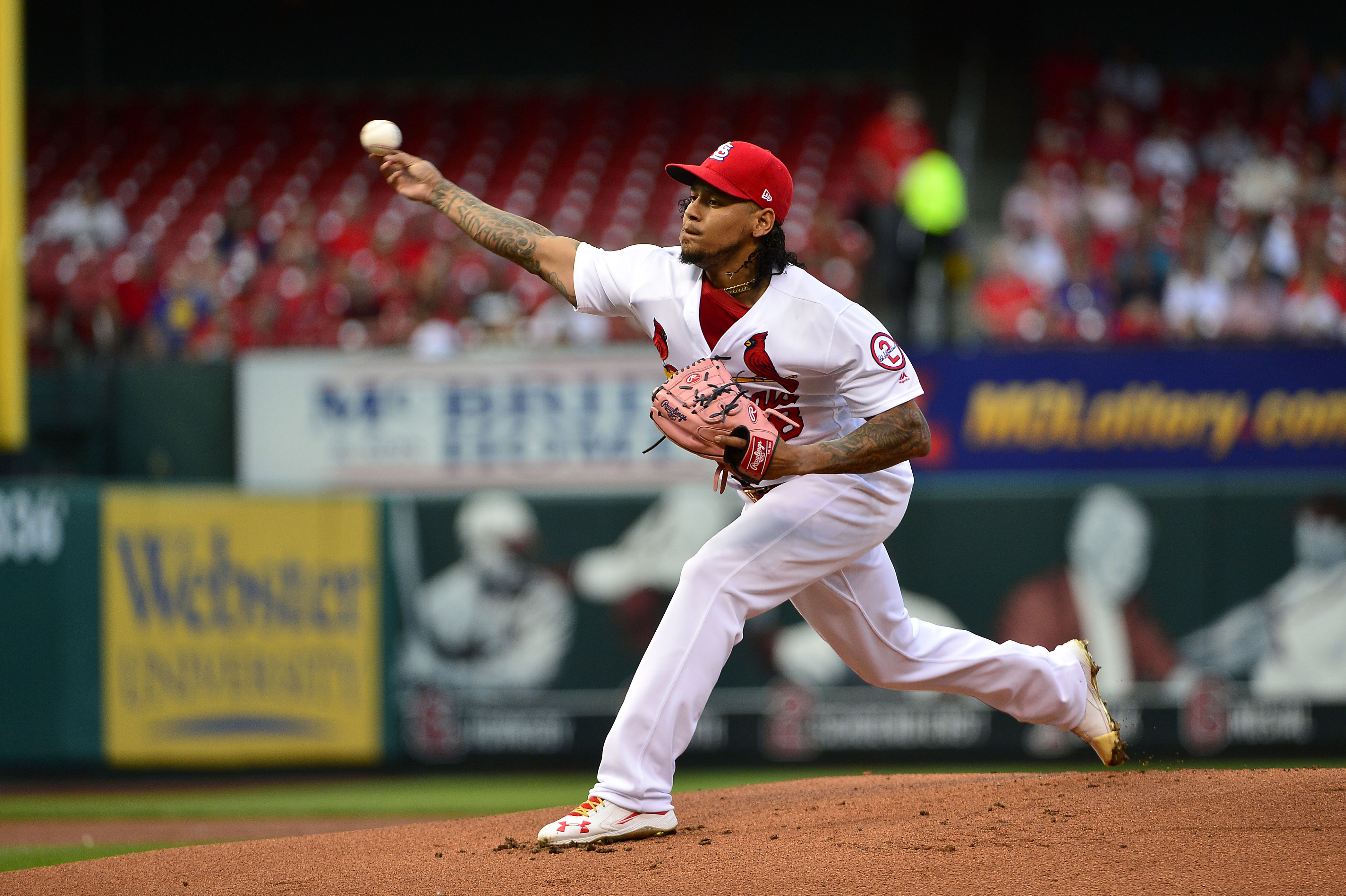 Carlos Martinez is a Starting Pitcher.

Late in 2018, the Cardinals decided to play the short game. With a shrinking Minor League schedule and several weeks needed to build Carlos Martinez’s pitch count on a starter’s rehab assignment — in addition to an obvious need for help in the bullpen — the Opening Day starter was shifted, out of necessity, to relief. He would eventually land in the closer’s role.

He was good in the role, posting a 1.47 ERA across 18.1 IP, holding hitters to a .169 average and upping his strikeout rate to 25%. However, he also walked more batters (14.5% as a RP compared to 11% as a SP) and that resulted in his xFIP of 4.24 in relief not being appreciably better than his 4.42 mark as a starter in 2018. Basically, he got better results in relief, but he didn’t necessarily pitch any better.

Still, because of the stellar results there is a segment of the fanbase, as well as a few in the media, that believe the Cardinals need to make the role change permanent and not return him to the rotation, as planned.

What I’m getting at is: making Carlos Martinez your closer and foregoing his role as a starting pitcher would be a mistake. The latter is the important part. This is not to say that Carlos wouldn’t make a great closer. It’s just that he is more valuable as a starter.

Disclaimer: Before I go forward, there is one scenario in which it is okay to make Carlos a reliever and that is health. If you move through the spring of 2019 and it becomes apparent that 2018’s shoulder-surrounding muscle issues are going to linger and prevent him from handling a starter’s workload without constantly breaking down, then you must move him to the bullpen. That would be the typical progression from starter to reliever, prove that you cannot do one before being shifted to the other.

To this point, Carlos has not proven that he cannot start. Yes, he ran into shoulder issues at the end of his first season as a starting pitcher in 2015. However, he then threw 195 and 207 innings in 2016 and 2017 without any health concerns. In 2018, his kinetic chain was compromised and injuries followed injuries. He could easily put that behind him with an offseason of rest. If he does, his only role should be as a starting pitcher.

He is in select company

To understand why it would be silly to remove Carlos from the rotation, we have to understand what he brings as a starting pitcher.

Carlos is a very good starting pitcher, and that is the role in which he should remain. I understand that he has not ascended to the elite, “Ace,” level that his talent teases, but he has also been far from a failure.

Carlos is a rare combination of the ability to eat innings and be highly effective while doing so.

Then consider a 170 inning workload to be a “horse” by modern standards.

Only 16 other pitchers brought the same combination that Carlos offers over the last 4 years.

Now, I will grant that on this list of 17, Carlos ranks middle to bottom in most categories. Again, he has not been elite or best-of-the-best, but he is in a group just below that. Some guys can eat innings, but aren’t all that good (see: James Shields), whereas Carlos is a Top 20 starting pitcher in terms of piling up innings AND pitching at a high level.

You don’t just toss that aside and make him a reliever.

For added perspective, these are the pitchers that fit those same parameters in 2018:

This past season, 48 pitchers threw 170+ innings. Just over 1/3 of those (18) brought the quality of innings that a healthy Carlos Martinez brings.

Carlos didn’t reach 170 innings last year because of the DL trips and, due to a career high walk rate, his xFIP was over 4 for the first time in his career. The walks were likely a by-product of the shoulder issues. The rest of the rate stats were on-par with his career and my parameters. This leads me to the premise that, with health, Carlos will return to this select group once again.

So few actually do what Carlos can. Why deprive the team of this rare combination?

For just a little more perspective.

During that stretch, he was simply a Top 25 starting pitcher in baseball.

Jack Flaherty might become that, Miles Mikolas was that last year.

A healthy Carlos Martinez gives you the potential for 3 Top 25 starters.

But I Heard that innings don’t matter anymore

“Bullpening” is all the rage in the postseason. It makes sense, in a series where every pitch matters, to go wild with matchups and pull starters sooner.

That isn’t going to work in the regular season.

Only 2 playoff teams didn’t have a 170 inning starter, the Dodgers (because Kershaw missed significant time) and the A’s (because Sean Manaea got hurt).

Even including the 2 with none, that’s an average of 2.1 per playoff team, whereas non-playoff teams averaged just 1.35 per roster. It’s pretty easy to see how much it helps to have multiple horses.

Even the Rays, famous for heavy implementation of the “Opener” will have 2 starters (Blake Snell and Charlie Morton) capable of 170+ innings, along with Ryan Yarborough, who will pitch 150 as a rotated “follower” in their opener system.

The Cardinals had Flaherty and Mikolas top 150 last season. They absolutely need the 170-200 innings that a healthy Martinez brings, especially when you consider that the quality of those innings are that of a Top 25 starting pitcher.

I do understand that the Cardinals bullpen was an unqualified disaster last season. I understand the argument that a stud closer from start to finish could have possibly pushed them into a playoff spot by shutting down a couple more wins.

I get that, but I also believe that relievers can be found. Hicks can continue to grow. John Brebbia was sneakily the Cardinals best reliever last season and deserves a chance. There are still veteran options available as well.

Mostly, I believe that Carlos provides too much value at the front of games to shift him to the end of games.

If he can physically handle the innings of a starter, then a starter he should be.