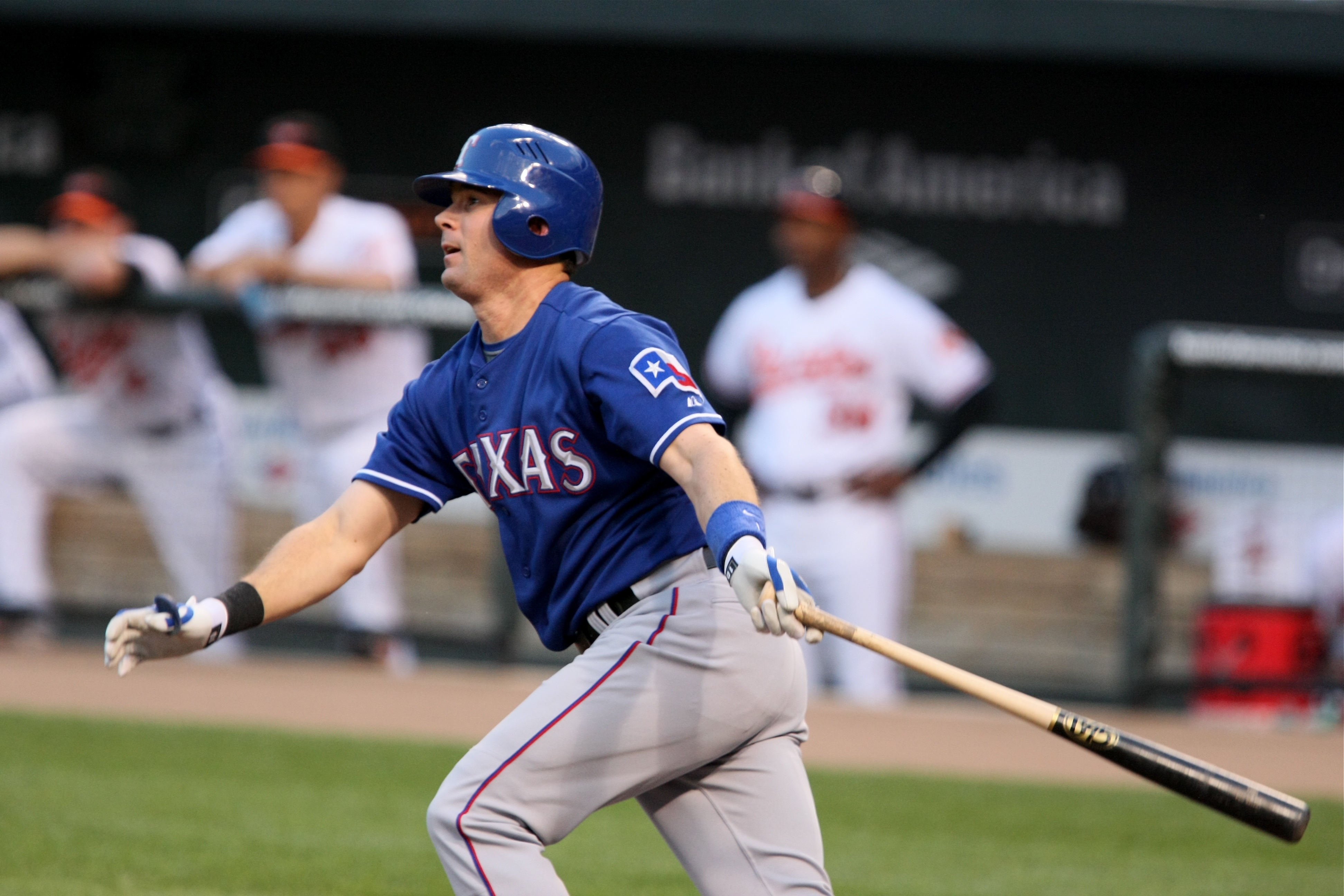 Welcome to Hall of Fame week! Over the next five days, we’ll move slightly away from only Braves coverage to look at the 35-men ballot for this year’s Hall of Fame. Now, to focus on those players with the best cases, today is one for massive cuts to the ballot. There are a lot of first-timers on the ballot this year who probably should not receive a vote, let alone stick around the ballot in 2020. Let’s cover 14 of the 20 first-timers with very weak cases.

Rick Ankiel – He did have an interesting career and nobody can say anything different. From pitching phenom to decent fielding center fielder, Ankiel’s time in the majors was memorable and that’s possibly why he even made this ballot considering how very little he actually accomplished. That said, Ankiel did smack a pretty memorable homer in extra innings of Game 2 of the 2010 NLDS.

Juan Pierre – Over his 14-season career, Pierre swiped 614 bases. That’s good for the 18th-best total in history – more than Maury Wills, Hugh Duffy, Brett Butler, and Ichiro Suzuki. But outside of that, Pierre only muscled 18 career homers with a .295 career batting average. Further, he was considered a substandard defensive outfielder.

Darren Oliver – Kids, it pays to pitch left-handed. Oliver broke into the majors in 1993 during the first year of the Clinton presidency. He retired after 2013, the first year of Obama’s second term. The world changed while Oliver was in the game and that’s commendable. What isn’t of any doubt is that Oliver doesn’t deserve much consideration.

Jon Garland – In Garland’s best season, 2005, he finished with a 3.50 ERA. It was one of just two seasons during his career than he pitched at least 120 innings and had an ERA under 4.00. Now, I grant you that New Comiskey isn’t the easiest park to pitch in half-of-the-time, but that’s probably a quick sign that Garland shouldn’t receive a vote for the Hall of Fame. All that said, Garland’s best came in the playoffs with a complete-game ALCS victory in that 2005 season following by seven solid innings in the World Series.

Jason Bay – The 2004 NL Rookie of the Year, Bay finished in the Top 10 in the MVP ballot once, took home a Silver Slugger, and went to three All-Star games. He hit 30 homers in a season four times and retired with a solid .360 OBP and .481 SLG. However, Bay went from yearly solid contributor to non-contributor after moving to the Mets in 2010. Over his final four seasons, including a woeful final year in Seattle, Bay slashed .229/.314/.373. It was shocking because the year before this run, he slashed .267/.384/.537 in his only full season in Boston. His case is similar to Jesse Barfield, who was on his ways to huge things after a 40-homer 1986, but quickly fell into mediocrity. Of course, for Bay, mediocrity would have been an improvement.

Ted Lilly – Cool thing about Lilly is that he made his debut with the Montreal Expos. Okay, he also went to a pair of All-Star Games, pitched nearly 2000 innings in the majors, and was a member of the 2009 World Baseball Classic squad that finished 4th. Oh, and then there was insurance fraud. I guess that’s cool?

Vernon Wells – In 2003, Wells led the AL in hits, doubles, and total bases while posting a .909 OPS. He also won three Gold Gloves, went to three All-Star Games, and had a contract that was so underwater that everyone was shocked when the Los Angeles Angels of Anaheim were willing to acquire him. Like Lilly, he was a member of the World Baseball Classic, but this time for the inaugural 2006 squad that finished 8th. Wells slashed .270/.319/.459 over his 15-year career with 270 homers and 109 steals. Overall, that’s a pretty solid career.

Freddy Garcia – A runner-up for the 1999 Rookie of the Year and a third-place finisher for the Cy Young in 2001, Garcia was on his way to a possible Hall of Game career, but things quickly derailed for Garcia after a productive third season. Still healthy, but prone to homers, Garcia was a durable arm right up until 2006. Over the final seven years of his career, he never pitched more than 157 innings and only started 20 games twice. However, his final major league start will keep him in the minds of Braves fans for some time. Forced to start Game 4 after injuries to the Braves rotation, Garcia was a cool customer as he explained that “I don’t panic. I just make pitch.” He pitched Clayton Kershaw to a draw that night, and was in line for a win after Jose Constanza hit for Garcia and singled in a go-ahead run in the 7th. And then Juan Uribe vs. David Carpenter happened. I refuse to watch that again so you’re not getting a link to a YouTube video.

Derek Lowe – You can’t say that Lowe’s career wasn’t significant. Over 17 years, he led the league in saves once and games started three times. His seven shutout innings in Game 4 of the 2004 World Series helped lead the Red Sox to their first title since Babe Ruth. Lowe was a solid and durable rotation fixture with the Red Sox and Dodgers before landing in Atlanta. He finished his Braves’ days with a 4.57 ERA in 101 starts and the Braves sending the Indians 2/3’s of his salary just to get rid of him. It’s a fun and interesting career, but hardly deserving of a vote.

Kevin Youkilis – A teammate of Lowe, Youk was a late bloomer who lacked many of the natural skills or sweet swing you might look for. That said, he was a tireless worker and maximized everything he had. One thing he did have was a great eye and it helped him finish his career with a .382 OBP. The Greek God of Walks also was a terror in the playoffs, hitting .306/.376/.568. He’ll never have to buy a drink in Boston, but he’s also not getting into the Hall.

Michael Young – I was always a big fan of Young and often wished the Braves would pick him up, but the seven-time All-Star played all but his final season in Texas. A gifted hitter, he twice reached 200 hits and led the AL in average during the 2005 season with a .331 average. He even finished his career with a .300 batting average – right on the dot. He did struggle in the playoffs, hitting just .238 with a .261 OBP. According to the Baseball Hall of Fame Tracker, Young does have one vote so far.

Placido Polanco – A lot of these first-timers on the ballots had interesting careers and, well, not much else. While remembered for being a Super utility player, Polanco spent most of his career as an everyday player at second and third base. He won Gold Gloves at both, won a Silver Slugger as a 2B, and was twice an All-Star. However, due to low power numbers, he only belted 104 homers over his nearly 2000-game career.

Miguel Tejada – Another guy who looked like he was on his way to a Hall of Fame career, Tejada hit .286/.342/.480 over his first 1422 games from 1997 to 2006. That includes an MVP, two Silver Sluggers, and four All-Star appearances. But his power left him after 2006. He still hit .284 over his remaining 749 games, but pitchers no longer feared him (.323 OBP) and with good reason (.409 SLG). Not helping Tejada’s case is that he often disappeared in the playoffs for those Moneyball A’s, hitting just .212/.242/.329 over 20 games with one homer. Tejada might get a few votes and with reason. Of his ten most similar batters according to baseball-reference, six are in the Hall of Fame, two more are on this ballot (Scott Rolen and Jeff Kent), one has a lot of support for being in the Hall but isn’t yet (Ted Simmons), and then there’s Robinson Cano.

Fourteen down, another 21 to go. Tomorrow, we’ll look at the remaining six first-timers on this year’s ballot who have far more compelling cases. Here’s what the rest of the week’s schedule looks like: