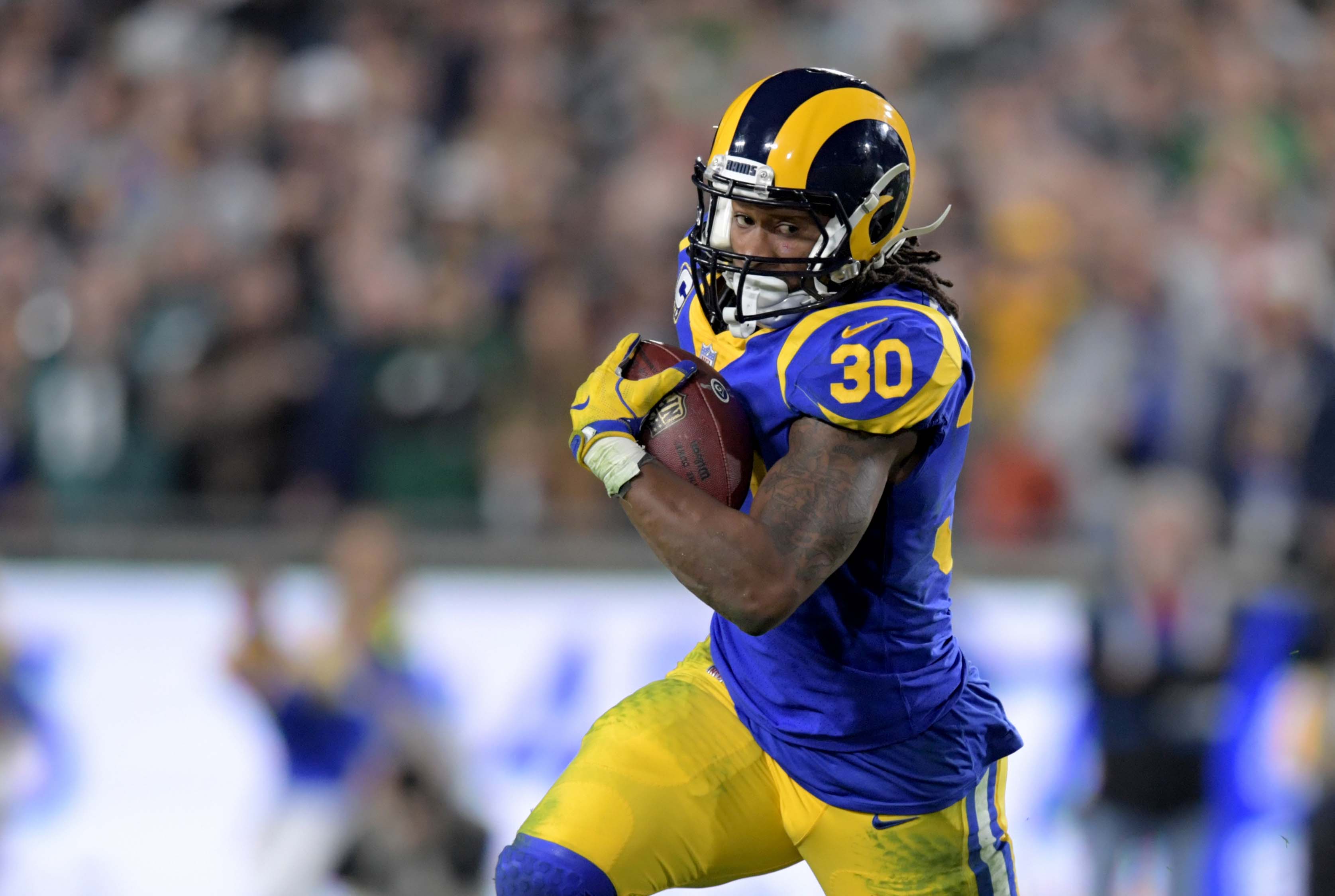 Rams running back Todd Gurley is the engine that powers the offense’s locomotive, so when he suffered a knee injury in Sunday’s game against the Eagles, it was no surprise that the team had some stalled drives.

So much of what the Rams do sets up off the “zone-stretch right” — stretch-zone blocking scheme, run off the right tackle — especially their play-action passing game, which was virtually nonexistent on Sunday night.

Gurley landed awkwardly on his knee early in the second half, and was seen on the sideline icing it, then briefly wrapping it. He did later return to the game, but didn’t seem to have the burst he usually does, possibly because he wasn’t looking to push it too much to further exacerbate it.

The good news is that he’s on track to recover, and should be good to go in the team’s Week 16 game against the Cardinals.

Gurley did return to the game, of course, and the sense is he’s on track to play this week. https://t.co/nbtl6vg5sX

The Rams should be able to handle the Cardinals with ease, given the beatdown the Falcons just laid on them, but fantasy football owners will probably be happy about this bit of news. Still, it will be interesting to monitor how Gurley moves going forward, especially with quarterback Jared Goff struggling over the past three games.