Recap: Canelo Alvarez stops Rocky Fielding in the third round

Recap: Canelo Alvarez stops Rocky Fielding in the third round

A debut at super middleweight, a debut at Madison Square Garden in New York City, and a debut on DAZN all proved successful when Saul “Canelo” Alvarez had a short stop in the ring Saturday night against WBA super middleweight titleholder Rocky Fielding.

It only took three rounds and four knockdowns for Canelo to force a finish against the now former British champion. The first round knockdown came on a short left hook to the body from Canelo inside, dropping Fielding as he loaded up for a right hand. Another left to the body dropped Fielding in the second round along the ropes. A straight right to the head in the third put Fielding down once more and Canelo brought on the referee to wave it off by dropping Fielding to a knee with another left hook to the body. Fielding was game, but left himself wide open against a fighter many levels above him. Canelo claims another title and looks to be set up against Daniel Jacobs next. 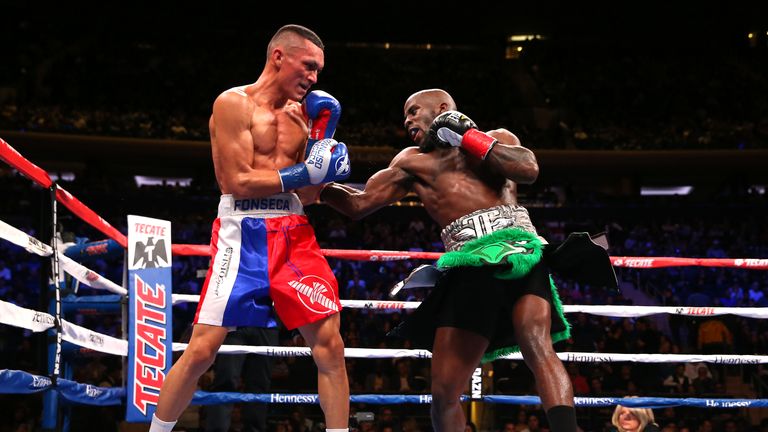 with a comfortable 117-111 unanimous decision over Francisco Fonseca.

Sadam Ali defeated Mauricio Herrera at welterweight just as comfortably, but not as impressively in a tepid unanimous decision that saw Ali pick up scores of 100-90, 99-91, and 98-92 as he lulled the judges to their cards.

Lightweight Ryan Garcia kicked off the main card with a knockout of Braulio Rodriguez in the fifth round. After a knockdown in the first round, Garcia hit a slapping right cross on Rodriguez against the ropes and followed with two left hands that kept Rodriguez down for the count.

-Nolan can be reached at nth993@gmail.com