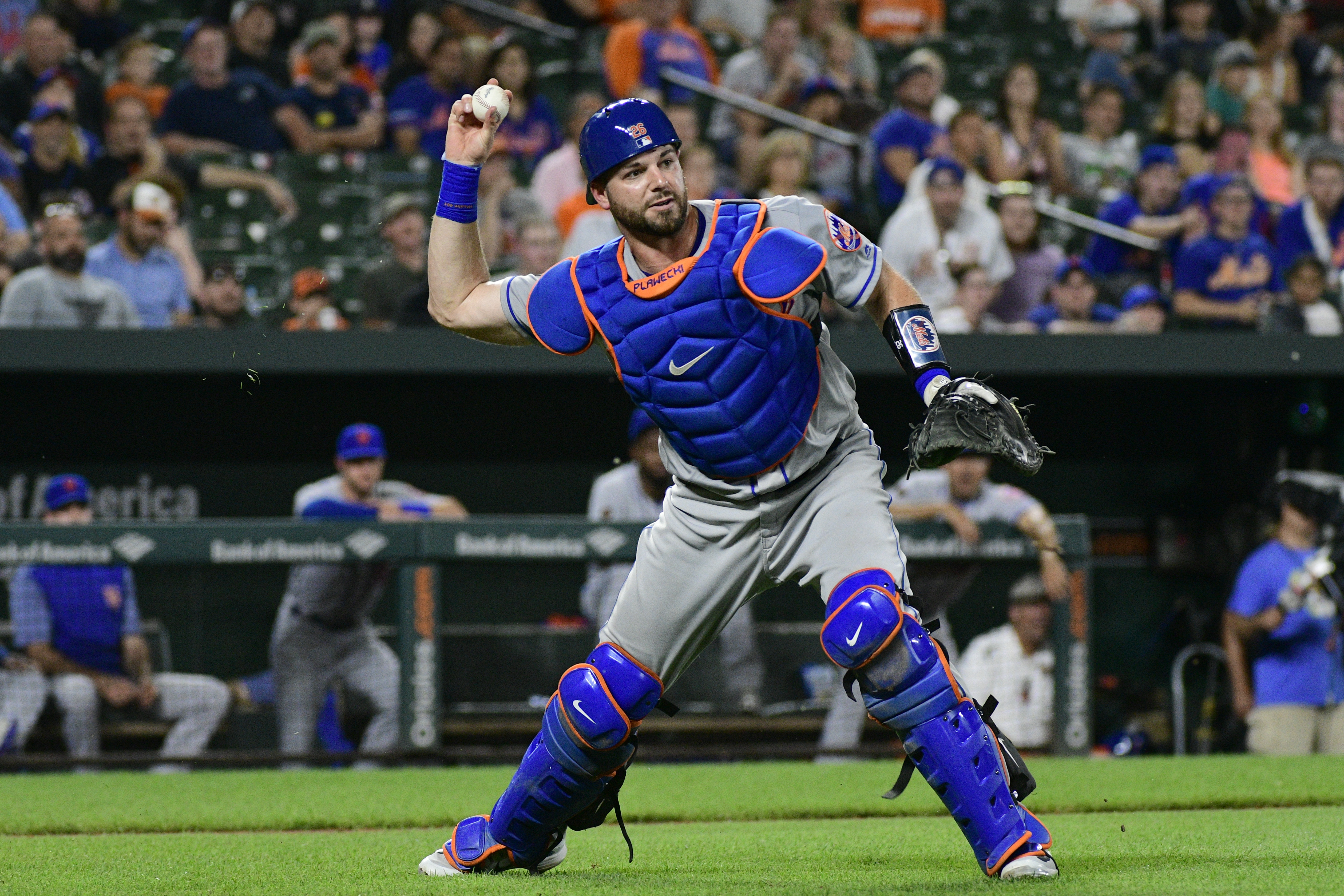 The New York Mets added a new starting catcher yesterday when they inked Wilson Ramos to a two year contract worth $19 million with a team option for 2021. Assuming Ramos passes his physical, the Mets will now have three catchers on their roster, and since most teams carry two either Kevin Plawecki or Travis d’Arnaud should be on the chopping block. While many have assumed that the Mets would simply release d’Arnaud in spring training, the Mets are planning to keep him and shop Plawecki instead, SNY baseball insider Andy Martino reports.

Plawecki, 27, hit .210 with seven home runs and 30 RBI’s in 79 games for the Mets last season. The Mets have always viewed d’Arnaud as a better offensive player, but Plawecki has more years of team control and is a solid defender, making him a more valuable asset to shop. Martino speculates that the Mets could look to trade Plawecki for a left handed reliever, one of two big items left on their shopping list according to FanCred’s Jon Heyman. This would free up the Mets’ remaining money to go towards a right handed hitting outfielder and depth pieces, such as an extra infielder or a depth starter.

The choice to stick with d’Arnaud is interesting since he, like Ramos, has an extensive injury history. d’Arnaud is coming back off Tommy John surgery, and there is a chance he may not be ready to start the season. The Mets would probably carry Tomas Nido as the backup until d’Arnaud is ready, but they now appear to be prioritizing run production from the catcher’s spot. This makes sense since GM Brodie Van Wagenen has indicated all winter that the Mets need to generate more offense to support their pitching staff.