Is There a Concern About Ezekiel Elliot's Touches? 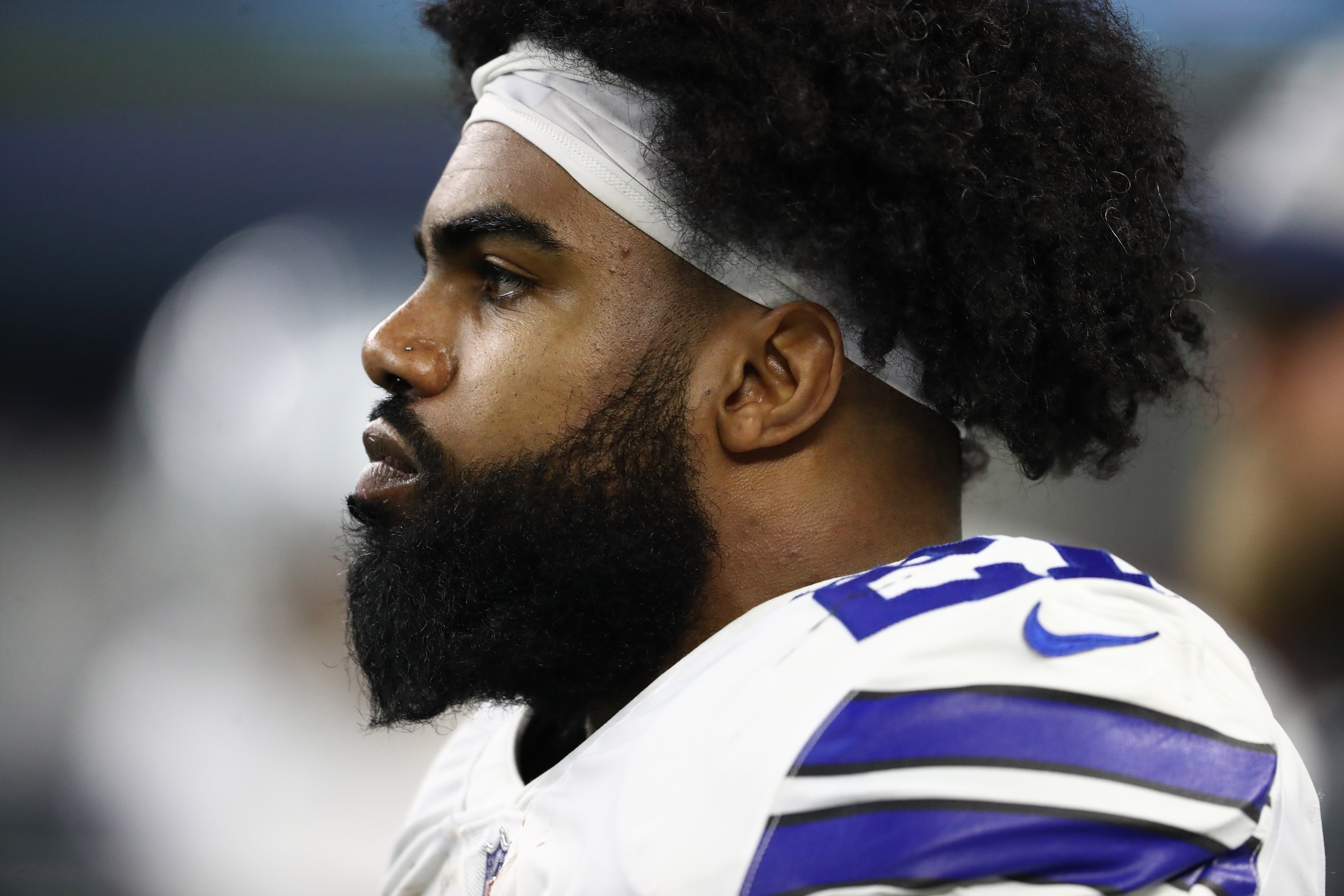 Is There a Concern About Ezekiel Elliot's Touches?

Let’s all just forget the score from last Sunday.

In the scheme of things, if the Cowboys take care of business against the Tampa Bay Buccaneers it doesn’t really matter. A win would clinch the NFC East title.

At the lowest barometer, that should be the goal every season. Dallas still has every possibility to reach that goal and more.

The Indianapolis Colts are one of the hottest teams in the league, having now won seven of eight. Unless the Dallas Cowboys make it to the big dance, not much of a reason to worry about a team from the AFC. That is a bridge that can be crossed down the road.

Bigger concern coming out of that game? The health of Ezekiel Elliot. If you happened to watch through that disaster against the Colts, you might have noticed multiple times in which Ezekiel Elliot was limping.

“I’m fine,” he said to reporters. “It’s football – you’re going to get a little banged up. I will say I feel pretty good after this game.”

I don’t expect Elliot to say anything else, he is a tough runner in the style of an Adrian Peterson. Elliot will not shy away from contact. Example being, him being the first offensive player fined for leading with his helmet while making contact with Corey Graham of the Philadelphia Eagles. Elliot was fined $26,739 dollars.

What is a concern to me is the beating Elliot is taking carrying the football.

The Cowboys running back is leading the league in both carries (286) and rushing (1349). Elliot’s attempts are thirty more than Todd Gurley, who sits in second place in that category with 256.

Further, let’s not forget the pass attempts Elliot has caught from Dak Prescott. Zeke has caught 72 balls for 543 yards. Gurley has 59 catches on the season. How many times have you seen Elliot turn around in the middle of the field to catch a short pass?

In total, you are looking at 358 touches for Elliot. He has 43 more than Gurley.  In 2017, Le’Veon Bell finished with 406 touches while leading the league in rushing with 1,291 yards. As we all know, Bell isn’t even playing this season.

The Cowboys still have two regular season games left. If they win on Sunday, would it be wise to give Elliot a rest? What if they don’t win?

You would probably be looking at Elliot playing in the finale against the New York Giants. Obviously, the best case scenario is him in the playoffs carrying the ball all the way to the Super Bowl.

To me, Ezekiel Elliot is taking a lot of abuse running the football. The injuries to the offensive line don’t help either. I still think the game plan is to contain Zeke and make Dak Prescott make a throw to win a game. In the playoffs, that is bound to happen.

This might not even be an issue this year. However, it might be one in the future.

Elliot is going to be the horse that makes this team successful. I’m not sure about the future of Dak Prescott or Jason Garrett, but I know the future of this team centers around the running back.

This team may not be at the point where it is good enough to contend for an NFL title. I still think they might be a year away in catching up to the upper echelon of the league. That is leaving out the possibility of major changes at the quarterback position.

I just would like my star player to be around for it.