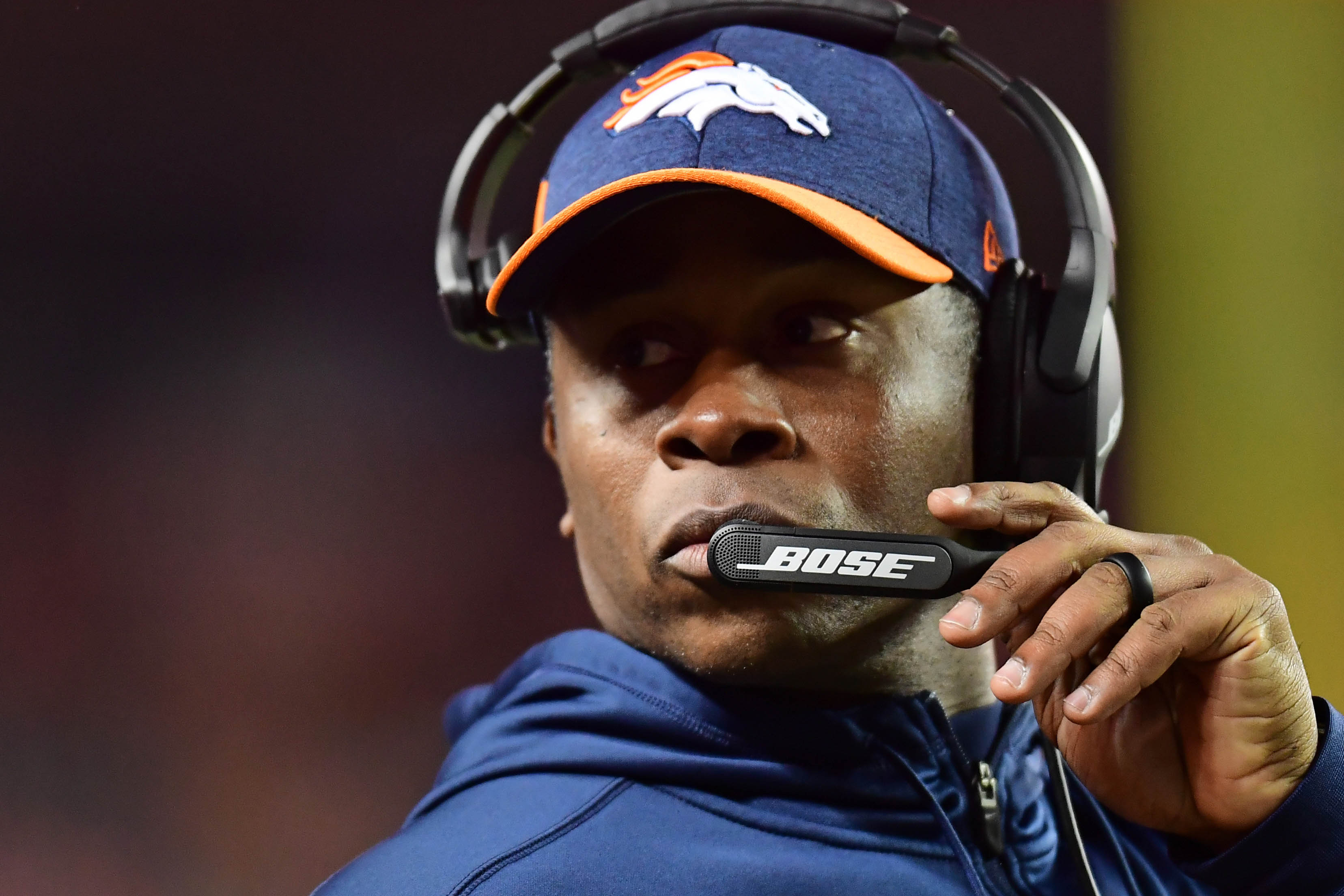 Broncos head coach Vance Joseph has seen his seat turn white-hot, with the team having lost back-to-back games to teams with losing records.

But it doesn’t seem to faze him.

Joseph was asked about the rumors of him potentially being fired by Nicki Jhabvala of The Athletic, and he didn’t seem to be bothered by them.

“That’s the least of my concerns,” Joseph said. “People have written much worse things about me. … I’m not concerned about an article.”

Not only that, Joseph added that he believes he “absolutely” has the support of Broncos management. That sounds good on paper, but he have a hard time believing that John Elway and Co. isn’t strongly considering a change, if not already reaching out to potential candidates to replace Joseph.

Let’s be honest: The experiment has run its course. Joseph will soon be wrapping up his second season at the helm, and aside from one year as a defensive coordinator, he’s never been anything more than a defensive backs coach. He has no idea what he’s doing on the offensive side of the ball, as his decision to kick a meaningless field goal in a four-point game late in Saturday’s loss to the Broncos clearly proved — on fourth-and-short. The defense has played well, but Case Keenum has regressed, and the offense just isn’t getting it done.

It’s time for the Broncos to make a change, and we believe they will — very soon.