Your Morning Dump... Where the Boston Celtics have the blueprint to succeed 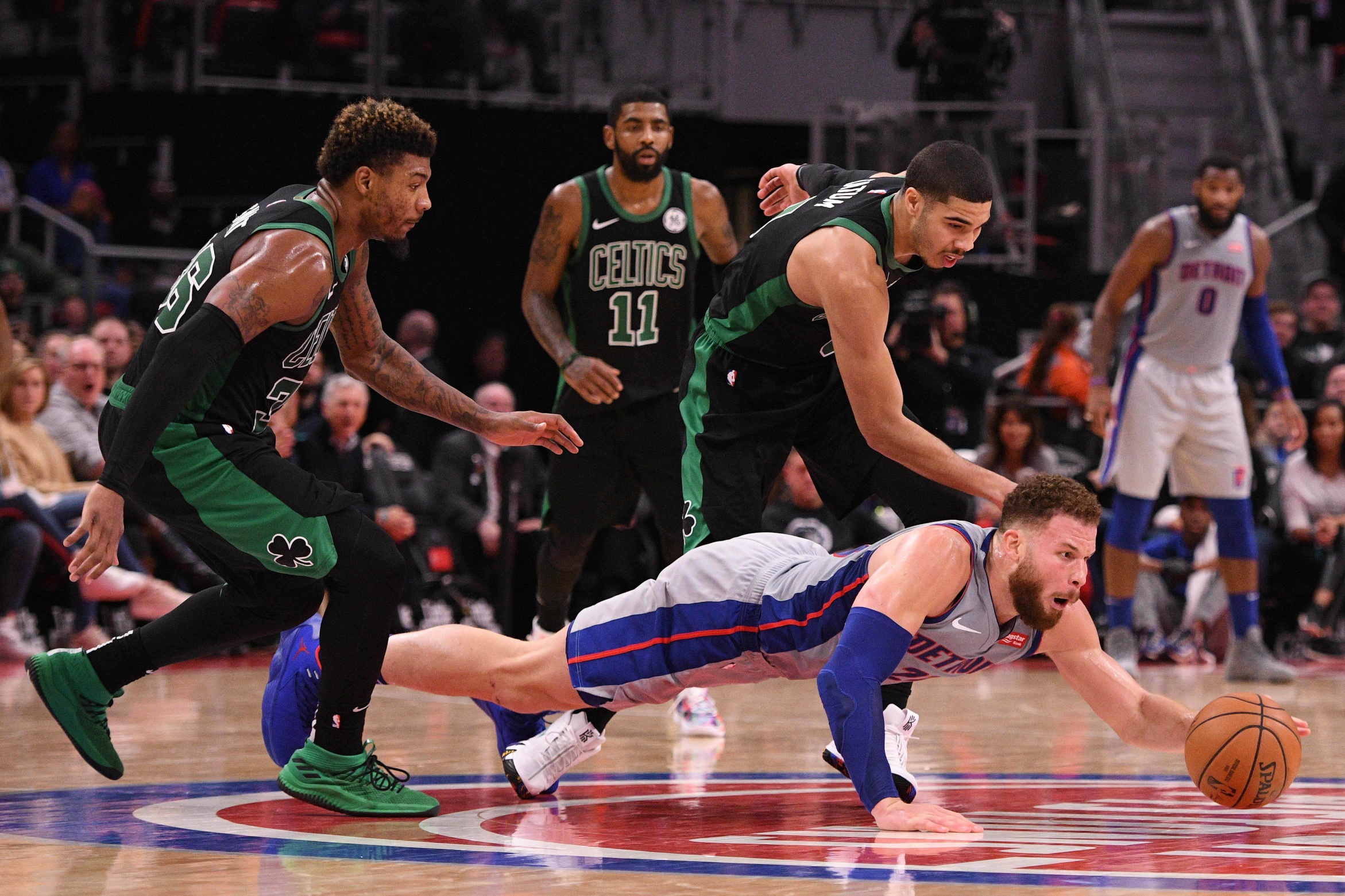 Your Morning Dump... Where the Boston Celtics have the blueprint to succeed

“I feel like we’re solid [defensively],” Irving said. “Our communication is there. In terms of certain easy points that we give, when we’ve been playing certain teams, what Coach Stevens means is when we score that many points [125] and the dropoff when we just allow teams to just get easy points. The game, instead of it being an 18-point game [the Celtics lead], it’s a 12-point game or 10-point game, it seems a lot closer, even though we’ve managed the game for a majority of the game pretty well.

“I totally understand what Coach Stevens is saying [about slippage]. As a coach that’s his job to keep us at a certain type of level. A few days of rest will do us well and I’m pretty sure our defense will be right where it needs to be. It’s kind of ironic to think we were on that streak and we were like second in defense. So we were scoring a lot of points and we’re not giving up as many, but there’s still a certain type of effort that we expect, so it’s our job to play at that level.”

Globe: How the Celtics sketched out a blueprint to future success during their eight-game winning streak

This is something I discussed in the latest Locked On Celtics podcast:

It’s like anything, when you’ve gone a long time with something being easy, there’s a shock when there’s a tougher challenge in front of you. It’s like turning the treadmill up from 5 to 7 and adding an incline. That run won’t go as well as it used to.

So the Celtics developed some bad habits because they could get away with them against the bad teams, especially when they were scoring a million points per game. The message sent in Detroit, besides these guys obviously  needing a few nights at home, was that it will take a lot more precision and discipline to both stop other teams and spring each other for open looks.

The upcoming schedule won’t allow for much practice time, so these next few days are pretty important to reinforce the good habits and emphasize what won’t work.

The Celtics know what the blueprint is now. Ball movement on offense will get guys open shots. Eventually, everyone will get a shot to score. On defense, it’s all about communication and discipline. One player out of position ruins everything, so everyone on the floor has to be present in the moment, they have to be fully engaged and not worried about what happened on the offensive end, and they have to be executing the same plan as every one else on the floor.

They’ve mostly done this during the streak. Now they’re leveling up, which means the opponents are going to be harder and the focus has to be better. If they follow the plan, their natural talent will take over and the Celtics will move forward as challengers for the top seed.

It’s super early so we can’t make any solid determinations about everyone in this draft, but it sure seems like Doncic is a special player. He is unfazed by the moment and his experience in Europe has him playing like a vet in the NBA.

Look at the teams who passed up on him: Phoenix, Sacramento, and Atlanta.

Phoenix and Rob Sarver are a perennial joke. Sarver is one of the worst owners in sports, he’s a meddler, and he’s trying to hold the city hostage for tax dollars to renovate the arena. The Kings are a nice surprise and Marvin Bagley is having a nice rookie season for them, but they are historical losers as well. The Hawks are trying to return to some decent success, but decent success is the best they’ve ever managed.

All three might end up with good players in this draft. They might be able to say “hey this is working out alright for us.” But if Doncic keeps rolling and improving over the years, their fan bases will watch Dallas rolling through rounds in the playoffs while they try to figure out where they’re going to find their next star.

Herald: In search of the old Gordon Hayward