Eagles have a few reasons to feel better about 2019... 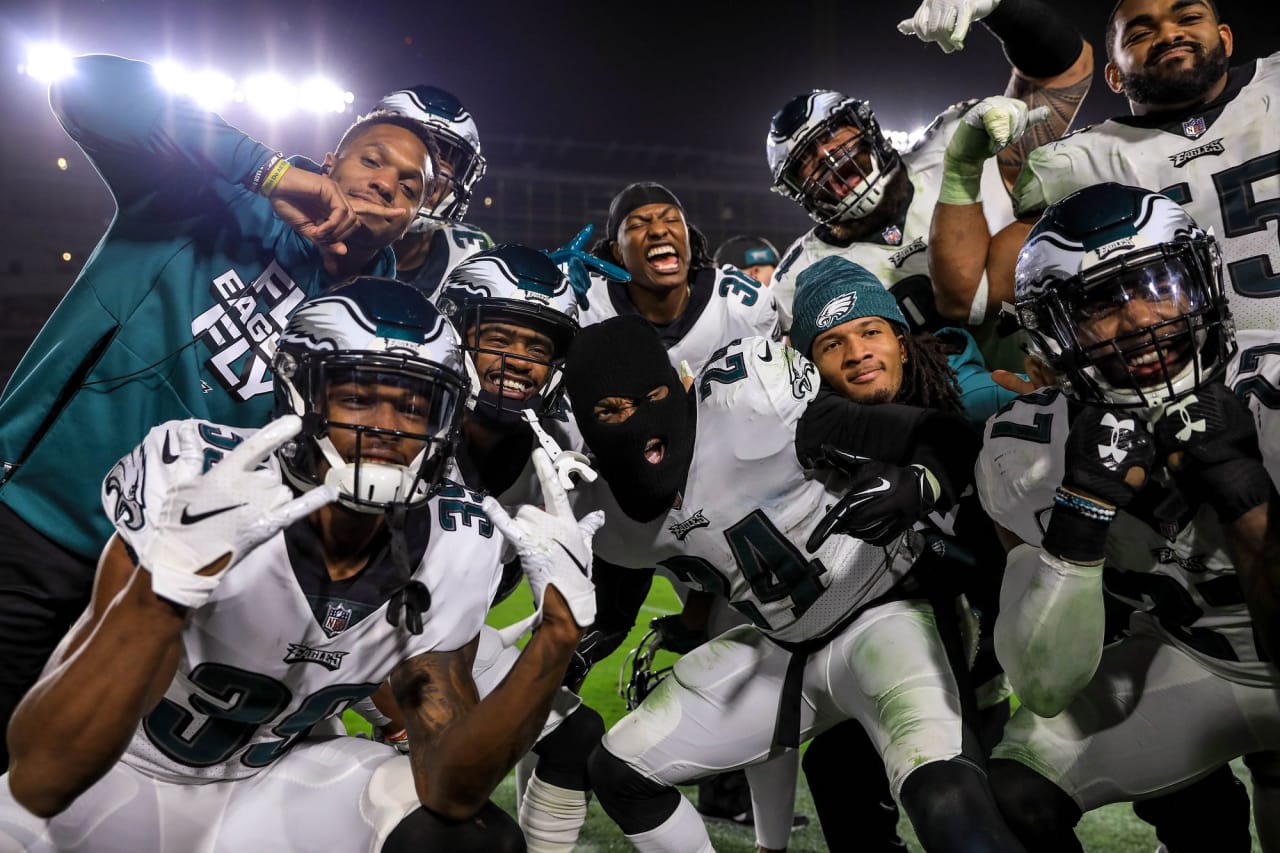 Eagles have a few reasons to feel better about 2019...

In case you didn’t hear yet, Nick Foles will start for the Eagles at QB this coming Sunday against the Houston Texans in Philly. This is not remarkable news, as Carson Wentz is officially deemed “week to week” with his back injury by the tight-lipped Eagles PR machine. But what the hey? There are only two games left in the regular season. Who’s zooming whom? If somehow Nick and the Eagles get by the 10-4 Texans at home, Wentz ain’t seeing the light of day anyway. And if the Eagles should falter and lose to the Texans, Nate Sudfeld should be the logical choice to start against the Redskins in Week 17.

Put it away for another day— barring a miracle collapse by the Cowboys, and a similar boo-boo by the Vikings or Seahawks, our season is done. Let’s start planning for 2019.

These thoughts of pragmatism are inspired partly by the EYE-witness of the collapse of the QB situation in Charlotte, North Carolina, last night on MNF. The Carolina Panthers defense played their hearts out, defending every single blade of grass against Drew Brees and the Saints. They held the Saints to a measly 12 points. Yet Ron Rivera stubbornly kept trotting out his broken, shoulder-stricken QB Cam Newton with a limited playbook to compensate for Cam’s injuries. This is not the way to play the game if you want to win. Cam should be on the sidelines in street clothes, checking his phone-calendar for his next rehab appointment. Same goes for Carson Wentz. Live to fight another day (in 2019), baby.

The Eagles have to be smart here. Wentz is your franchise QB going forward, but Foles is gone after this year assuming a sweet free agency offer from another team. So let Foles take you to down to the river of mathematical elimination. If the river can’t be crossed, Sudfeld can use the reps. End of story for 2018…

2018 will go down in Eagles history as a waste of momentum. Losing winnable games became a nasty habit. There’s a fine line between 10-4 and 7-7. We walked the line.

Still, there are a few really positive developments to celebrate with vigor if we focus on 2019 and don’t get bogged down in lamentations over 2018.

Wentz has survived an ACL/MCL mega-reconstruction of his left knee. That’s huge. He’ll be stronger and better, even fleeter, in 2019, assuming Doug doesn’t get him kilted or paralyzed in Week 17 against the Redskins. No reason to play Wentz with a fractured vertebra at all the rest of the way…

Another nice development— TE Dallas Goedert is emerging as a potential beast on offense. He can block, too. We are finding out a lot of good things about Goedert as he has grown up in the midst of a disappointing team result and after a very slow personal start to the season. The Eagles are going to more and more 12-personnel (two tight ends) and it’s because of Goedert’s individual progress. This could be something to really build upon in 2019.

Then there’s the poster child for “Necessity is the Mother of Invention”— mid-round draft pick Avonte Maddox at safety, at corner, heck, anywhere you want to put him. Without all the catastrophic injuries in the Eagles’ secondary, Maddox would not have gotten a chance this year to show how valuable he can be in 2019. Dave Spadaro gushes over him in this review from PE.com:

“…cornerback/safety/nickel corner Avonte Maddox is a player. A flat-out player. Where he plays down the line remains to be seen, but he’s done a good job for the Eagles inside at corner in the nickel, at safety, and on the outside at corner, where he played for much of Sunday night. He’s talented, he’s versatile, he’s a worker, and he’s got heart. Good, good football player who made an immediate impact on Sunday night in his first game back returning from the knee and ankle injuries he suffered in New Orleans.”

Had 2018 gone to plan for the Eagles we never would have seen Maddox in the DB rotation. That’s the hidden beauty of a disappointing year—you get the opportunity to find out just what you’ve got in a rookie defender like Maddox.

I’m still not completely sold on UDFA/Notre Dame rookie Josh Adams at RB for the long-term picture, but I have to admit he’s made the best of a bad team-injury situation. Productive with occasional chunk yardage, he has been more than okay in an emergency relief role. The grooviest thing going forward with Adams for me is we now know we can trust him not to cough the ball up on the turf. That’s big for 2019. We can project Adams as secure depth at RB, especially important since Ajayi and Sproles will be certainly long gone after this season.

There are other bright spots to light the path to 2019, to be sure. Rasul Douglas is gaining experience and credibility at cornerback, and playing well enough to make you think at least depth at the position in 2019 will be less worrisome. Cameron Johnston has shown he can be trusted as a reliable punter with much appreciated awareness of hang-time and direction. Defensive coordinator Jim Schwartz may or may not be here next season, but he has demonstrated a skillful willingness to adjust scheme to the available healthy talent, instead of the usual vice-versa.

These are a few of my favorite things coming out of the 2018 season. We’re most likely not going to get to the playoffs, even if we win out over Houston and Washington. But there are legitimate building blocks to be harvested from this unfulfilled promise of a journey, even if we don’t make the cut.