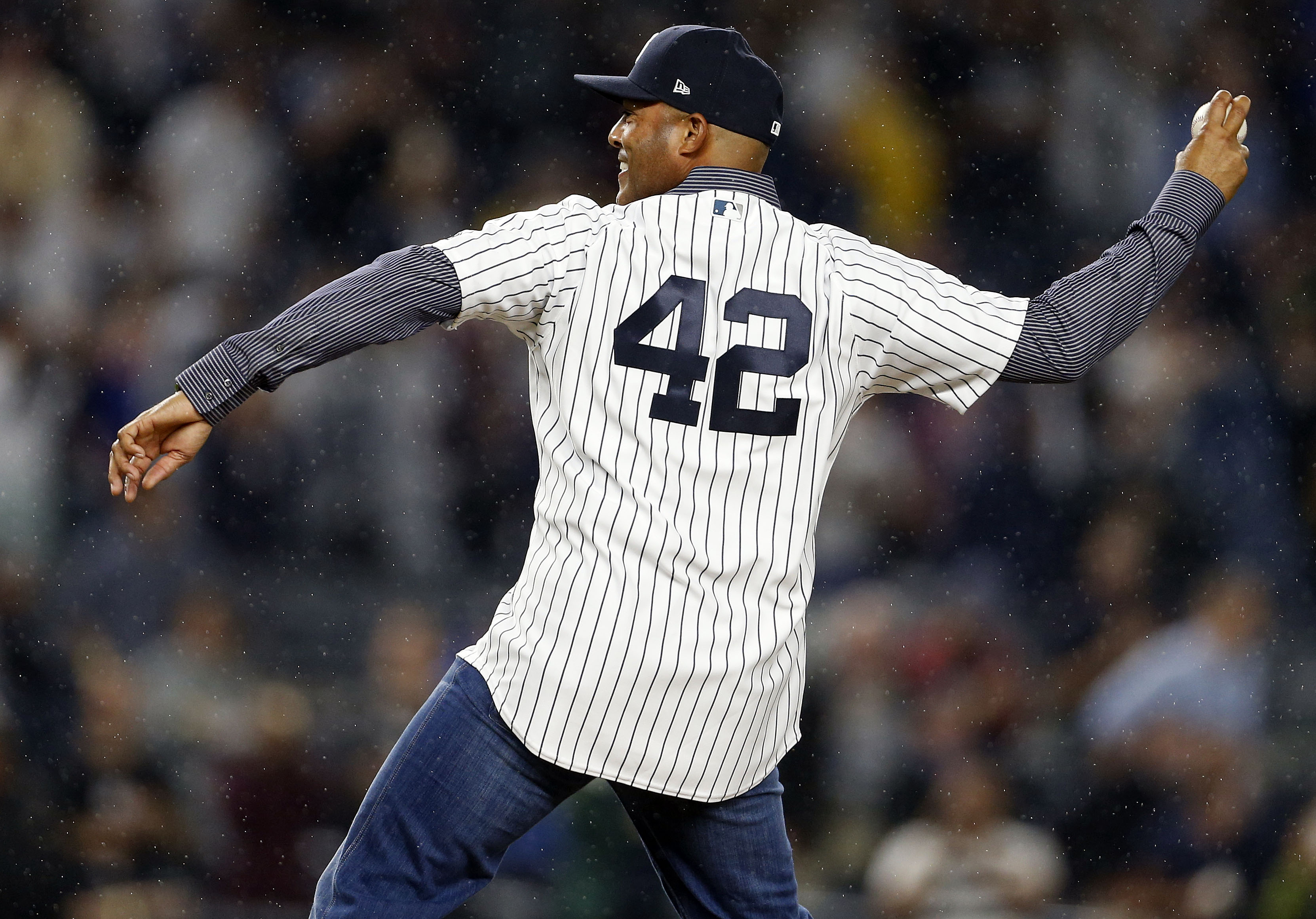 Yesterday, I covered 14 players who were first-timers on the 2018 ballot and likely won’t last for another season. Today, I finish up the first timers, which make up over half of the 35 players available, with a half-dozen candidates with far more compelling cases. I’m going to include, along with some basic stats, their JAWS score. If that metric is unfamiliar to you, click here for a full explanation.

Though he never won a Cy Young, Oswalt was one of the better pitchers in baseball during the first decade of this century. Twice, Oswalt passed the 200-K mark and routinely posted some of the lowest walk numbers in baseball. He led the NL in ERA during the 2006 season, the same season he led the league in strikeout-to-walk rate. Oswalt moved to the Phillies in a trade during the 2010 season to reinforce one of the most star-studded staffs in recent history. However, he missed their back-to-back World Series appearances and the teams he pitched for weren’t quite as successful. He did pitch in the 2005 World Series for the Astros, though he gave up five runs in six innings. Oswalt did take home the NLCS MVP award that season after two earned runs in 14 innings against the Cardinals.

But the problem for Oswalt for voters is two things. First, his overall body of work is a bit lacking. No huge milestone numbers (200 or 250 wins) reached, nor is his ERA that noteworthy. The other problem, while I tend to hate this reason, is that the baseball writers at the time rarely saw Oswalt as the top arm in the league. The closest he got to a Cy Young came in 2004 with a third-place finish. He finished fourth in the voting three other times. He never finished in the Top 20 in MVP balloting and was named to just three All-Star games.

One of the best switch-hitters in baseball history, Berkman was ridiculously good for the Astros for a number of seasons as a teammate of Oswalt’s. From 2000 to his last full season in Houston in 2009, Berkman hit .300/.413/.559 with 309 homers. He routinely placed among the league-leaders in intentional passes and twice ranked among the Top 3 vote-getters in the MVP race, hitting at least 42 homers in each of those same seasons. He was named to six different All-Star teams, including once as a Cardinal after leaving Houston.

But as scary as Berkman was at the plate, he never led the leagues in homers or batting average while winning just one RBI title. The only other categories he led the league in was doubles and he did that twice. While Berkman did have one good season after his decade of excellence to begin this century, his final four seasons were spent often hurt and not nearly as effective when he did play. That quick decline robbed him of reaching many milestones (95 hits short of 2000, 34 homers short of 400). Because body-of-work is often a deciding factor, Berkman’s lack thereof could turn the outfielder into a one-and-done candidate.

Durable and effective, Pettitte was a fixture of the great Yankees teams that won five titles. He started 44 games in the playoffs with a 3.81 ERA along the way, winning an MVP in the 2001 ALCS against the Mariners and probably would have won the 2003 World Series MVP if not for Josh Beckett and the tough-to-deal-with Marlins. Pettitte twice won 21 games in a season and had two seasons with an ERA under 3.00. He was the Cy Young runner-up in 1996 and had three other Top Five appearances in the Cy Young balloting.

But the problem with Pettitte is a pretty big one: he never quite stood out. He was named an All-Star three times, a shockingly low number for his perceived level of performance for the 18 years he pitched in the majors. Durability is important and leads to some big counting stats. For instance, Pettitte has the sixth-most wins since 1990. But he was never dominant, never elite, and never one of the league’s best pitchers for a sustained amount of time. Pettitte is essentially Mark Buehrle with more postseason numbers.

Larry Walker has been hurt by those who feel his numbers are amplified by playing so much of his career with the Rockies. That could be pretty bad for Helton, who spent his entire career in Denver. He won four Silver Sluggers, went to five All-Star Games, and won the 2000 batting title. That season is one of the most impressive offensive seasons in recent memory with a .372/.463/.698 line and 405 total bases. Helton ranks 27th in career OBP, 67th in career batting average, and has the 19th best OPS in history. That means his OPS is better than Jeff Bagwell, Mel Ott, and Willie Mays.

But there is the Coors Effect and we can’t ignore that. Helton hit .287/.386/.469 away from Coors. Certainly good numbers, but they pale in comparison. And while most players play better at home than on the road, a nearly 200 point disparity in OPS over a 2247-game career is huge. There are other issues – Helton never finished higher than fifth in MVP voting and only has three Top 10 finishes overall. Perhaps most glaring is that Helton, in a limited 15-game sample in the playoffs, struggled tremendously to the tune of .211/.303/.281. He failed to hit a postseason homer. Those are the type of misses that could help voters overlook the Coors Effect to some degree.

It took him a few tries to find his footing in the majors, but once he did, “Doc” Halladay was one of the most dominant pitchers of his era. From 2002 to 2011, Halladay had a 2.97 ERA, struck out one short of 1700, and threw 18 shutouts. He’s one of just 23 pitchers to ever throw a perfect game and threw a no-hitter in the 2010 NLDS against the Reds. Twice, he was awarded with a Cy Young award and finished runner-up two more times. He was named an All-Star eight times.

It’s hard to find reasons why Halladay shouldn’t be in the Hall of Fame. Some might point to win total, but if the Hall of Fame is where the era’s most elite players are welcomed, Halladay seems like a natural fit. The only justifiable reason to not vote for Halladay might be less about the pitcher and more strategic. As a first timer, voters have more time to vote for Doc where as guys like Roger Clemens, Curt Schilling, and Mike Mussina have less time available to try to get them elected. But Halladay is a Hall of Famer. Sadly, he won’t be able to attend after dying of a plane crash last fall.

The only way that Rivera doesn’t have your vote is if you one, think saves are useless, or two, have insane rules on voting like not voting for a guy over fear he’ll become the first unanimous selection. Rivera is the career leader in saves with 652 over his nineteen year career, including leading the league three times. He went to 13 All-Star Games, won five titles as a member of the Yankees, took home the 1999 World Series MVP and 2003 ALCS MVP, and matched his uniform number with 42 saves in the playoffs. He also had a 0.70 ERA in the postseason. Rivera was on another level that even in his retirement season, he still saved 44 games and had a 2.11 ERA as a 43-year-old.

What criticism could anyone possibly muster with Rivera? You got me. With 53 ballots already in, Rivera is the only player to be on everyone of them. That likely won’t last. There’s always some voter who makes the “Babe Ruth wasn’t an unanimous choice so why should this guy be?” But even for a guy like me that doesn’t put a huge weight of support behind closers in the Hall, Rivera is a first-ballot guy with no question.

What do you think? How many of these six are on your rough draft ballot? Let me know below. Tomorrow, I look at five players who are on, at least, their second ballot and received less than 12% of the vote last year. Thanks for reading!